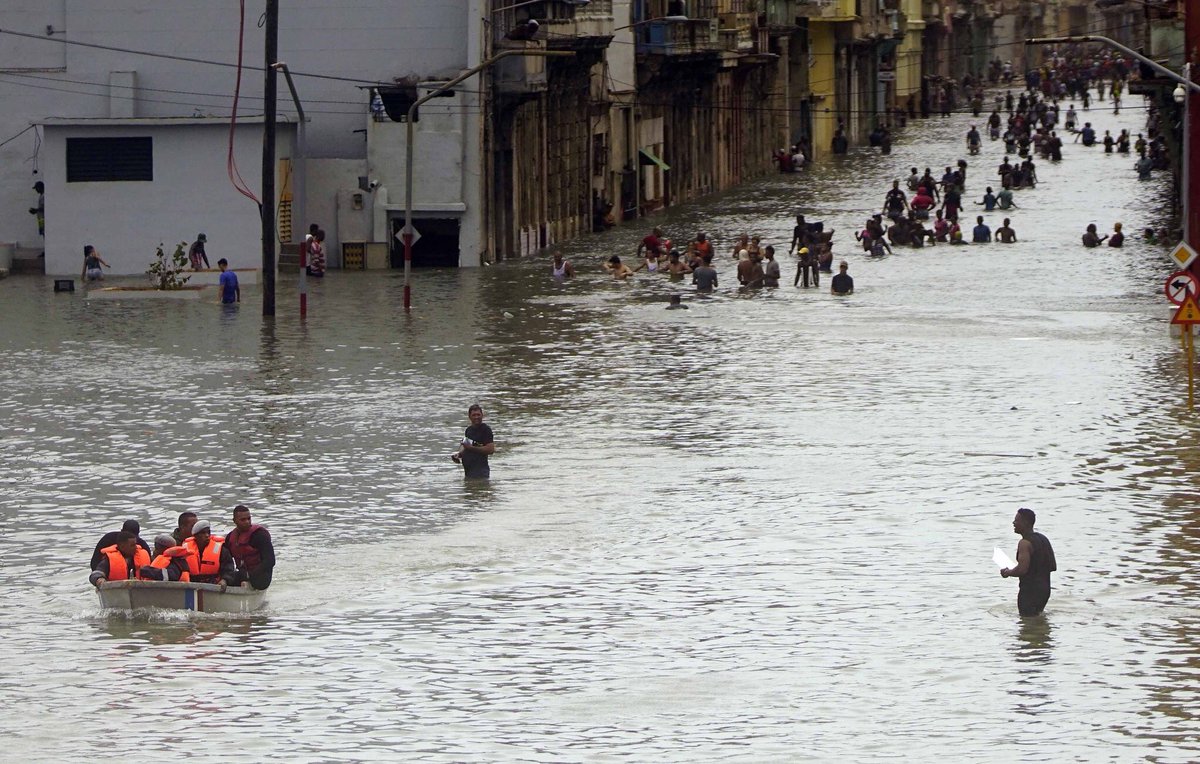 We met a large no. of evacuees from Florida, mostly from Tampa. Housed mostly in homes and shelters they are content with arrangements.

Sewa International and other Indian non-profit organisations were carrying out relief and rescue by providing shelter to more than 300 families in the homes of its volunteers and members in and around Atlanta.

“We have put the shutters, made all the precautions for any onslaught of the hurricane, because we have gone through these types of hurricanes every two years, so we know how to prepare,” said Vivek Swaroop, who has his own consultancy business in Fort Lauderdale area of Florida, where a mandatory evacuation has been ordered.

Swaroop said there was a lot of anxiety among Indian-Americans.

"Most of the Indian-Americans that I know of, have barricaded their houses with shutters and essentials. Some of them who live on the East Side, which is near the ocean, have vacated," he said.

With other Indian-American community organisations and religious groups, a collective count took the figure to a minimum of 2,000 families.

At least four temples in Atlanta region have opened up their doors for people fleeing from Florida, residents of large parts of which have been asked by the State government to evacuate.

While the Indian Consulate in Atlanta was coordinating with various community groups and was in constant touch with community leaders and Indian passport holders, the Indian-American community organisations in Atlanta launched an unprecedented relief effort for those in distress due to Hurricane Irma.

Large number of community organizations such as ATA and families in Atlanta have opened their homes to people from Florida. pic.twitter.com/7aowgo4UJa

The hurricane made a landfall in lower Florida Keys just before 9 am (local time) with wind gusting 130 miles per hour. Several of the community organisations from Florida have moved their bases to Atlanta as a precautionary measure.

Popular Amma Kitchen announced it would serve free food to those coming from Florida, like several other Hindu temples.

Most of the Indian-Americans are being accommodated in individual homes. Indian-Americans who own hotels have opened up their unreserved rooms and in many cases, their banquet halls have been converted into makeshift dormitories for those who left their homes in Florida to escape the wrath of the hurricane.

As per 2010 census, Florida has an Indian-American population of 120,000. The number is now believed to have increased to 160,000 with the largest of their concentration in Miami-Fort Lauderdale area followed by Tampa and Orlando area.

Tampa is another major city that comes in the path way of Irma.

"This is going to impact our whole State. You know, you're going to get the wind and the rain on the east coast, but right now, it's impacting the Keys. It's going to impact my home town of Naples, Florida, all of the west coast," Florida Governor Rick Scott told Fox News.

"What's scary is the unbelievable storm surge potentially in my own town, 15 feet of storm surge above ground level. And we are talking about that and something with the keys. People have asked what can we do, the first thing I tell them is to pray, pray for everybody in Florida. They can donate to disaster, text disaster at 2022," Scott said.

US President Donald Trump, who is personally reviewing the preparations and rescue and relief operations, spoke this morning.

This is a storm of enormous destructive power, and I ask everyone in the storm’s path to heed ALL instructions from government officials. pic.twitter.com/nJfM2Sdme1

"My concern right now is people - hopefully, everyone has evacuated. I looked at our traffic cameras around the state this morning. People are off the roads. I just hope everybody has evacuated and gotten to safety. So, I hope everybody will pray for us," he said.