Indians living in the United States held rallies in several cities on Tuesday in support of the Citizenship (Amendment) Act passed by the Indian government. 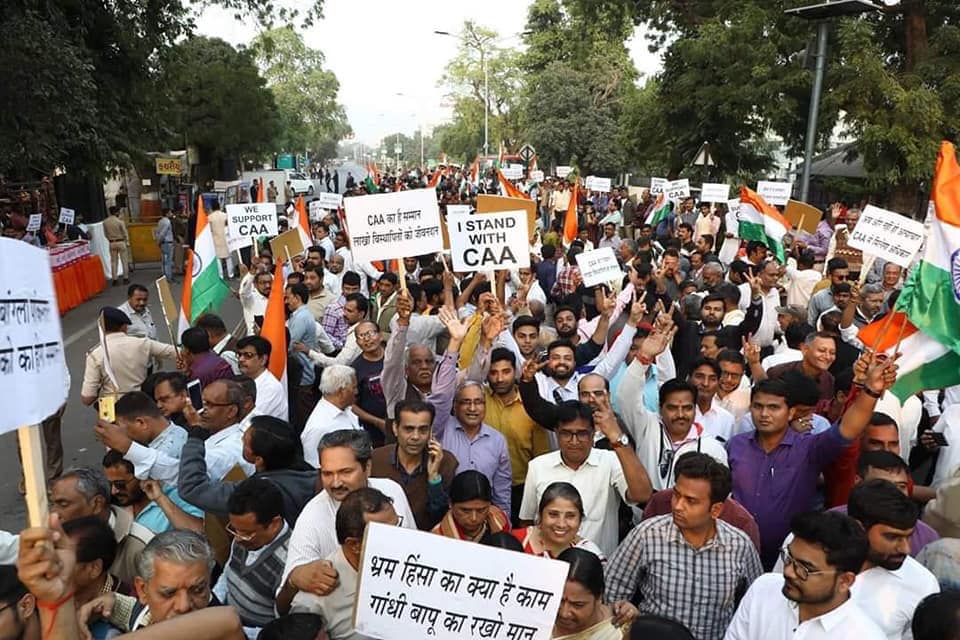 Since the enactment of the CAA, protests have erupted in various parts of India and the world.

These rallies are aimed at “dispelling the misinformation and myths” surrounding the law as well as to counter the propaganda of hate, lies and downright absurdities, the organisers said.

Austin, Raleigh, Houston and Seattle were some of the cities where the protests were held.

Indian-Americans held a pro-CAA rally in Seattle at Victor Steinbrueck Park, in Austin on December 22 near Capitol Building and in Houston on December 20 in front of the Indian Consulate, the organisers said.

Indian-American Democrat Congresswoman Pramila Jayapal, who has criticised the Prime Minister Narendra Modi-led government over the CAA and has sponsored a Bill in the US House of Representatives calling for lifting of the state-imposed restrictions in Kashmir, is contesting from Seattle.

Several other demonstrations are being planned in the coming weeks in Dallas, Chicago, San Francisco, New York City, Washington DC, Atlanta, San Jose and other locations.

“While this piece of legislation would help to uphold human rights of the people (Hindu, Buddhist, Christian, Jain, Sikhs and Parsis) who have been persecuted for their religious beliefs in countries like Bangladesh, Pakistan and Afghanistan, and have been living an inhuman and uncertain life in India for many, many years, we also believe, the law and the Constitution of India will protect the rights of many Muslims from those countries and elsewhere who are being persecuted for their political opinions,” Karmakar said in a statement.

Since the enactment of the CAA, protests have erupted in various parts of India. Indian-origin university students across the world have also protested against the legislation.