Indian-American whiz kids win US$200,000 worth prize at Siemens 2016 competition

Three Indian-American high school students have won laurels at Siemens 2016 competition.  Vineet Edupuganti is from Portland, Oregon and the other two winners in the team category -  identical twins - Beesam sisters Adhya Beesam and Shriya Beesam are from Richardson, Texas.

Vineet has won a grand prize of a scholarship worth US$100,000 and twin Beesam sisters have also won the scholarship of the same amount to share. They were awarded for their significant accomplishments in scientific research in the 17th annual Siemens Competition in Maths, Science & Technology.

The competition is the nation's premier science research competition for high school students and seeks to promote excellence by encouraging students to undertake individual or team research projects. 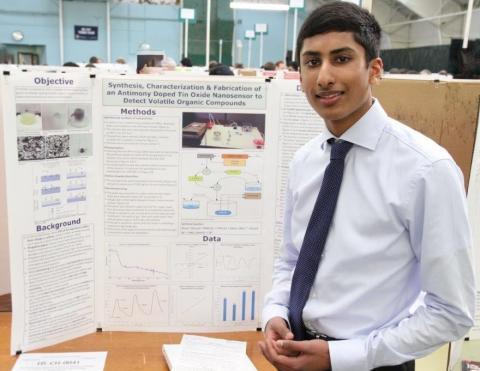 Vineet has won a grand prize of a scholarship worth US$100,000. Photo courtesy: PSU

"All of the judges, including myself, were very impressed that high school students - even juniors and sophomores - were able to produce such advanced research and with an extremely sound command of the science," said lead judge Dr. Megan Leftwich, Assistant Professor in the Department of Mechanical and Aerospace Engineering at the George Washington University.

"There was a real passion in what the students presented this year, as was shown by the depth of their research and by the relevance to what is actually being studied and valued in academia and society today. They looked at real problems today - and all tried to go a step further on their own journey and analysis. This was a very difficult group to have to choose a winner from," added Dr Megan Leftwich.

This year's Siemens Competition winners, Vineet, Adhya, and Shriya have demonstrated a drive and creativity that is truly awesome," said David Etzwiler, CEO of the Siemens Foundation. "These scholars are poised to transform the lives of millions around the globe by helping us advance medical knowledge and technologies designed to diagnose and treat various diseases. I cannot wait to see where their dedication and innovative thinking will lead them and the rest of us as well."

Vineet Edupuganti
Vineet Edupuganti, a senior from Oregon Episcopal School in Portland, OR, won the individual category and a $100,000 scholarship for his project entitled, "Development of a High-Performance Biodegradable Battery for Transient Electronics."

Vineet's work could simplify how medical practitioners diagnose conditions that affect internal organs. He developed a biodegradable battery that can power ingestible medical devices. The battery dissolves after the device have served its purpose, which means it can be swallowed without causing harm to the human body. This technology can be used to power medical devices that track and diagnoses conditions that affect internal organs, like gastrointestinal disorders, which currently require complex imaging or invasive procedures to diagnose. 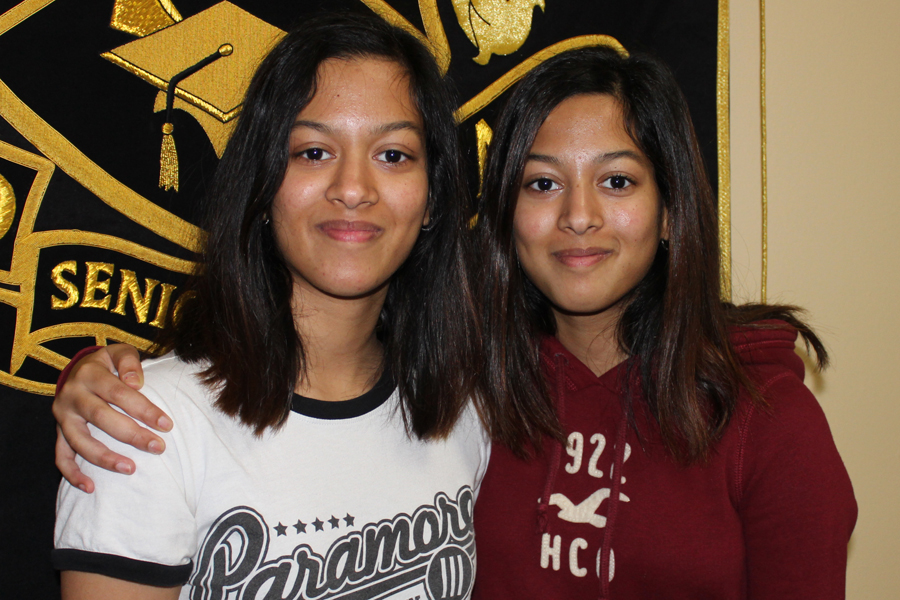 Adhya and Shriya dedicated themselves to research better ways to diagnose schizophrenia after watching an uncle struggle with mental illness and several misdiagnoses before being diagnosed with schizophrenia. Eventually, they lost their uncle to suicide. Driven by the desire to help others be more quickly diagnosed and access better mental health treatment earlier, they taught themselves about schizophrenia and methods of diagnosing this illness. The diagnosis of schizophrenia has historically been based largely on psychiatric evaluations-which are primarily based on observation and conversations-and ruling out other possible diagnoses. The development of tests, such as MRIs or CT scans have accelerated testing, but integrating these two approaches offered hope for faster, more accurate diagnosis.

Armed with this knowledge, they developed a computer program that would analyse the results of both quantitative (MRI) tests and qualitative tests (psychiatric evaluation by a professional, known as Positive and Negative Syndrome Scale - PANNS.) Adhya and Shriya combined an approach known as "fuzzy logic," with another method known as "neural networks" to combine the information in the brain scans and psychiatric evaluations in an intelligent manner that results in remarkably accurate results.

The 2016 Siemens Competition awards were presented at The George Washington University in Washington, DC, host of this year's national finals event. 19 high school competitors - winnowed down from an original pool of more than 2,000 - were judged on their research in topics that addressed issues ranging from Alzheimer's disease to levitating cars, and from cancer to planets outside our solar system. More than 1,600 projects were submitted for the competition this year in areas of computer science, physics, chemistry, mathematics, materials science, environmental science, biochemistry, biology, and engineering.

The Siemens Competition launched in 1999 by the Siemens Foundation, was established to increase access to higher education for students who are gifted in STEM and is based on the culture of innovation, research and educational support that is the hallmark of Siemens. This competition, administered by Discovery Education, seeks to recognise and hopefully build a strong pipeline for the nation's most promising scientists, engineers, and mathematicians.