Indian-American research and development associate Viral Patel and his team of researchers at Oak Ridge National Laboratory in Tennessee have developed a dryer that could make doing the laundry much quicker. 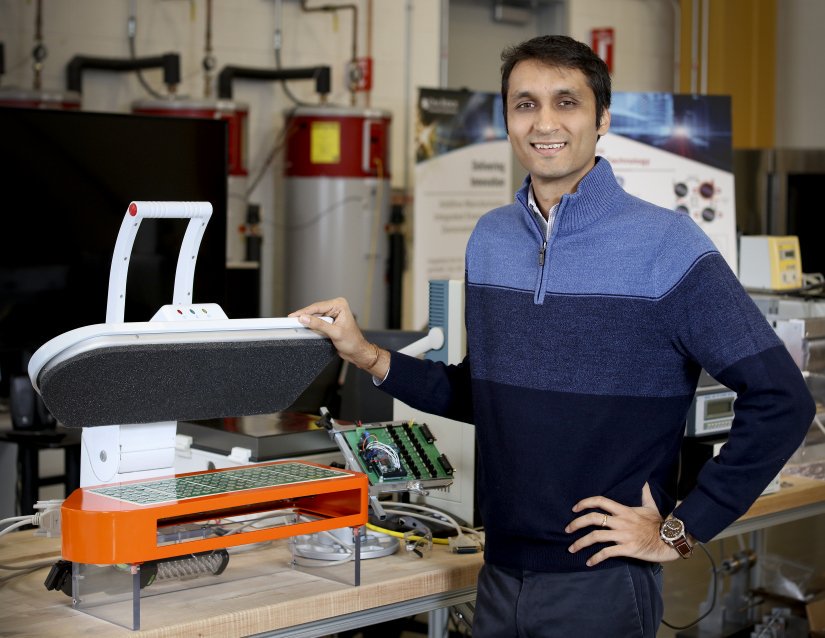 It solves the issue of waiting an hour for your clothes to dry. Called the ultrasonic dryer, it's expected to be up to five times more energy efficient than most conventional dryers and able dry a large load of clothes in about half the time. "It is a completely new approach. Instead of evaporation, it's technically performing mechanical extraction of the moisture within the fabric," Patel told Knoxville News Sentinel.

Patel said that traditional dryers generally use straight-forward technology, as the air gets sucked in from the surrounding area, it travels through a heater or gas burner and into the drum where the clothes tumble around allowing the heat to absorb the moisture with the air leaving the dryer.

However, the ultrasonic dryer uses piezoelectric transducers to remove moisture. When a high-frequency voltage is applied to the transducers, they vibrate at a high frequency, causing trapped water to leave the fabric without heat. The dryer shakes the water out of the clothes, speeding up the process.

Learn more about @ORNL researcher Viral Patel and his work with the ultrasonic dryer. https://t.co/hKZiWKNkGT pic.twitter.com/dNHyXEA4ZT

Patel mentioned that GE Appliances is in the process of developing an agreement with the researchers to proceed toward commercialisation.

"We're trying to develop the technology that has efficiency greater than or equal to the state of the art but with a competitive cost, so it can be sold on the US market" because "if you walk into a big box store and you want a dryer, normally the first things consumers look for is how much it costs" and not energy efficiency.

"GE brings the expertise in that area, which we do not have," he added, stating that it will take at least two to five years before the ultrasonic dryers will be available in the market.