An Indian-American girl, whose parents are originally from Chennai, has been elected as the president of the student's body of the Harvard University.

Sruthi Palaniappan (20), whose parents migrated to the US from Chennai in 1992, was elected as president of the Harvard University Undergraduate Council. 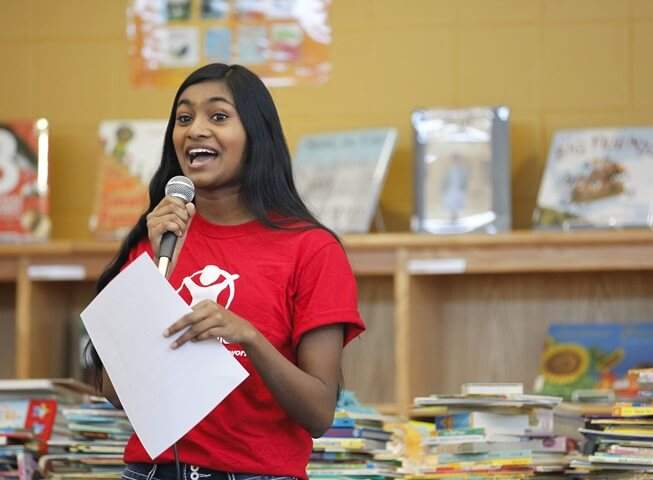 Palaniappan was the youngest delegate at the Democratic National Convention in Philadelphia in July 2016. Photo courtesy: The Harvard Crimson and Indian Eagle

Her running mate Julia Huesa (20), was elected as vice president, according to an announcement by the Undergraduate Council Election Commission. Palaniappan said the duo planned to work on improving the Council's communication with the student body in their initial days in office. Their whole running pitch was 'Make Harvard Home'.

"I think from the onset, better structuring the way we communicate with students is something that we need to already set the tone and plan for," she said. "I think we're going to work on it before we even leave for break and just get off the ground running," she told Harvard Crimson, the student newspaper of the varsity. Palaniappan was the youngest delegate at the Democratic National Convention in Philadelphia in July 2016. According to reports, Palaniappan and Huesa garnered nearly 41.5 per cent of the votes as against their nearest opponent Nadine M Khoury and Arnav Agrawal, who received 26.6 per cent of the votes.

The duo, long-time members of the Undergraduate Council, are scheduled to take over from the outgoing president Catherine L Zhang and vice president Nicholas D Boucher. Palaniappan is currently the council's education committee chair.