An Indian-American, who is running in the Democratic primary for a Congressional seat in New York's 12th District, has tested positive for the coronavirus. 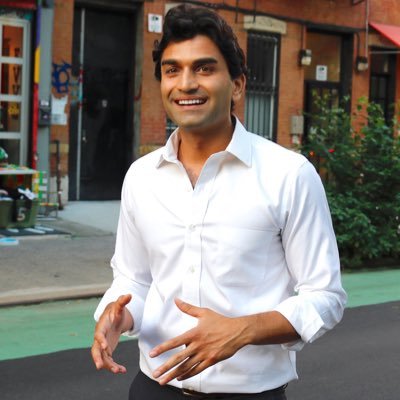 Patel said that about 10 days ago, he began experiencing a tightness in his chest and difficulty breathing followed by a regular fever of 102 degrees.

"I live with two doctors whose ability to return to work was dependent on our household remaining COVID-free. Therefore, we had to test to verify our condition so they would not miss work," he said.

"My housemates and I all tested positive for COVID-19 and have been in self-quarantine since then and have recovered," he added.

In the interest of transparency and accountability, I am announcing that I tested positive for COVID-19. Read my full statement: https://t.co/dNZLvUD5xN pic.twitter.com/KGPNqEcMJ8

Patel, who served on Obama for America's advance team ahead of the 2008 November election, said his elder brother, an emergency room doctor, administered the COVID-19 test at their home.