Indian-American Raj Shah, who oversees the White House research operations, has been identified as one of the three ‘West Wing Power Players’ in US President Donald Trump’s White House, said reports.

Trump’s trusted aide, Hope Hicks, and Eli Miller, who is currently Chief of Staff of the Treasury Secretary, are the other two ‘West Wing Power Players’. 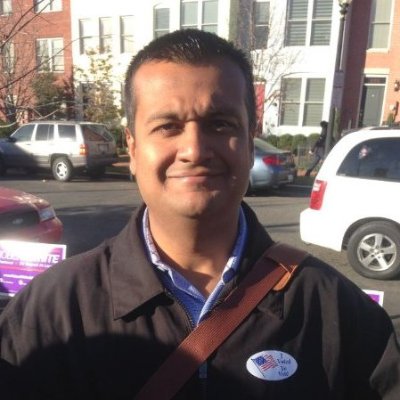 “Shah, a Republican National Committee alumnus, oversees the White House research operation. His team vets people coming to see Trump and works with the White House press office to decide on lines of counterattack to push back on negative news stories,” it added.

Shah, 32, is the Deputy Communications Director and Research Director at the White House.

Born and raised in Connecticut, Shah, whose parents migrated to the US in the 1980s, was Director of Opposition Research in the Republican National Committee, before he moved to the White House.

Shah played a key role in digging out all the information about the Democratic presidential nominee Hillary Clinton while heading a team of at least a few dozen researchers. He is also considered as the backbone of all anti-Clinton research during the presidential elections.

Shah has been playing a key behind the scene role in Trump’s White House to correct inaccurate facts in this age of fast-paced social media.

Hope Hicks, 28, is the White House Director of Strategic Communications.

Eli Miller, who spent last year travelling across the US with Trump and Steven Mnuchin raising money for the campaign, rose from being the head advance man for Mitt Romney in his 2012 presidential campaign to US Treasury chief of staff in just four years. Now he keeps the trains running at Treasury and is heavily involved in discussions about tax reform, Trump's top priority.