The United States Army has announced the appointment of Indian-American Dr Raj Iyer as its new chief information officer. 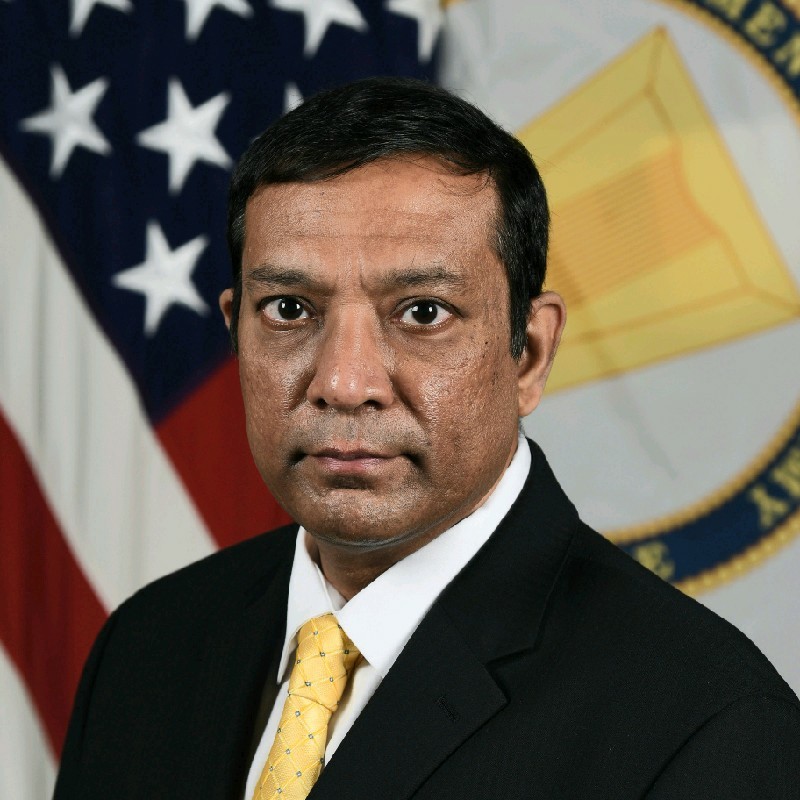 A news release by the Army’s Civilian Senior Leader Management Office said that Iyer will replace acting CIO Greg Garcia, who took up the role after the retirement of Lt. Gen. Bruce Crawford.

“This move was not one that I had planned, but the call for public service is my duty,” Iyer wrote in a LinkedIn post. “It’s also an exciting opportunity to put technology front and center to Army modernization leveraging cloud, AI and data analytics to achieve digital overmatch against our adversaries.” 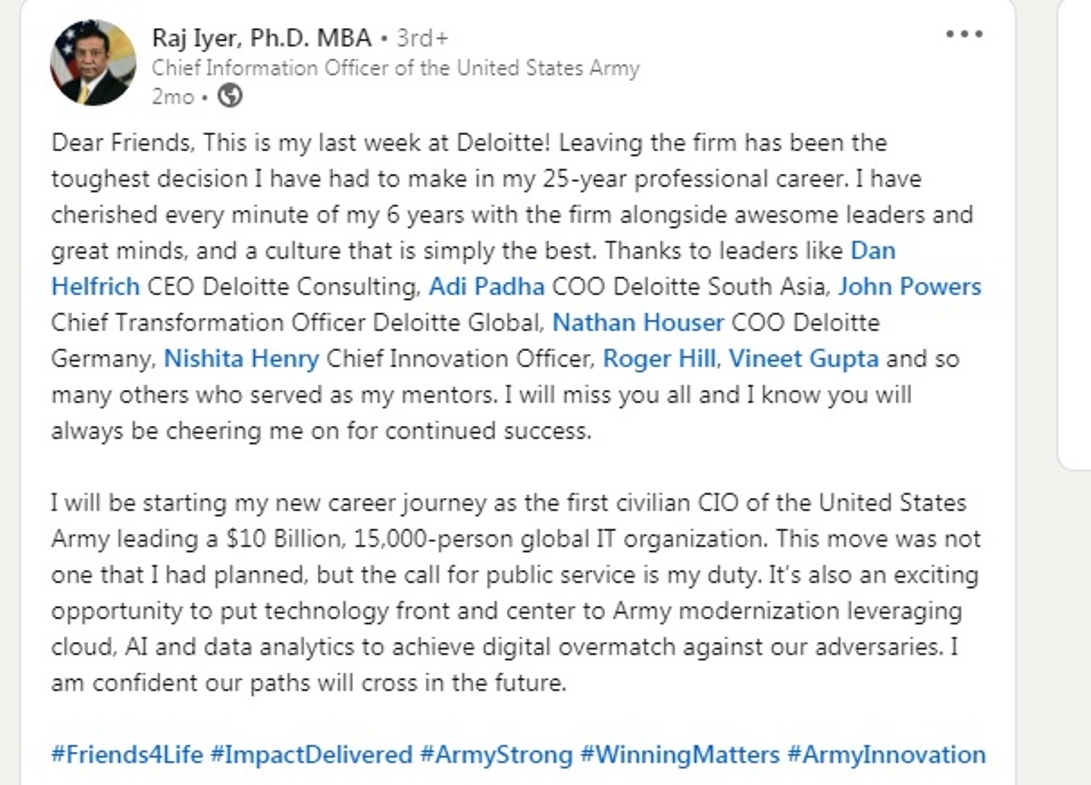 The position of chief information officer was established by the Pentagon in July 2020. Iyer will be the highest ranking Indian American civilian at the Pentagon equivalent in rank to a three-star general. He will supervise an annual budget of USD 16 billion for US Army IT operations and over 15,000 civilians and military personnel in over 100 countries.

Iyer is a native of Tiruchi in Tamil Nadu, grew up in Bangalore and did his undergraduate studies at National Institute of Technology Tiruchi. He moved to the US to pursue higher studies with just enough money to pay for tuition and rent for one semester through his father’s lifetime savings, but was soon able to secure a full fellowship to complete all of his graduate education, the press release said.