At least 20 Asian-Americans were flown back to Delhi by the Russian airline Aeroflot in January after they were threatened with deportation, read a complaint filed on March 22 before the Department of Transportation Office of Aviation Enforcement and Proceedings in Washington, DC. 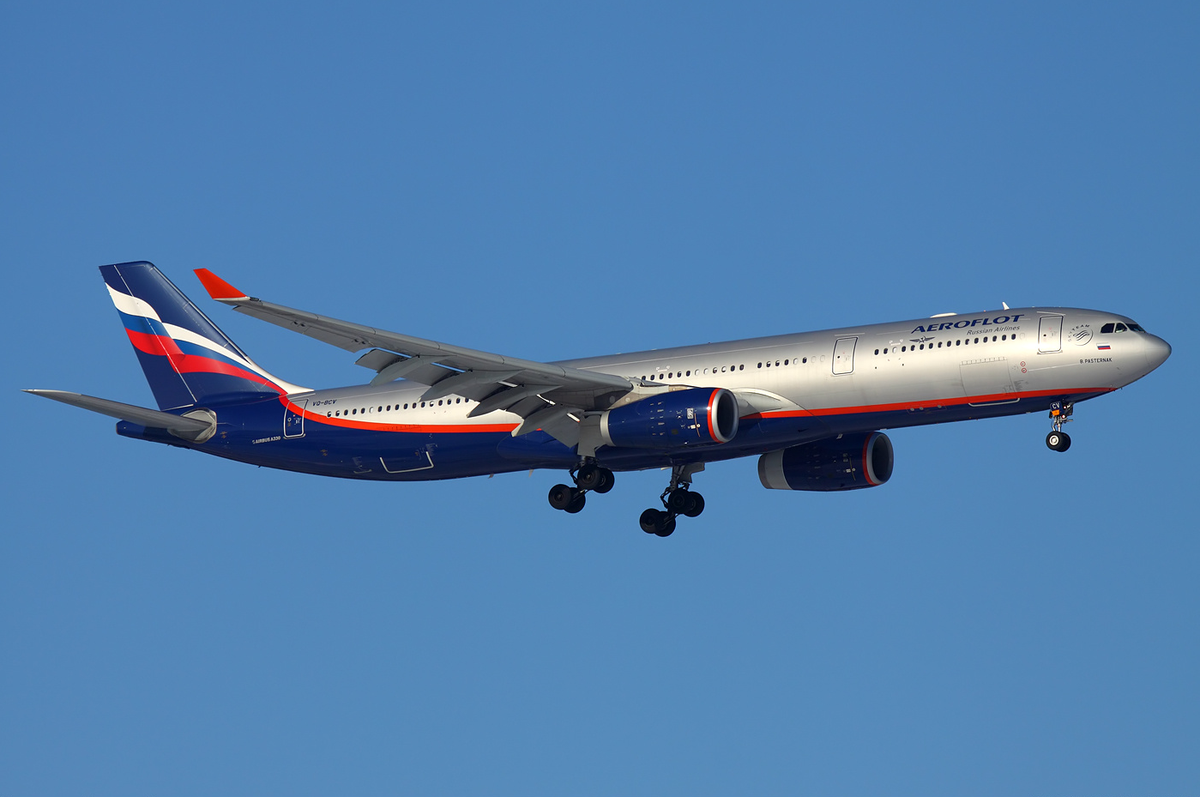 The embassy officials on the phone advised the passengers to take any step to avoid deportation as it could have serious legal ramifications. Photo courtesy: Wikipedia.org

According to the complaint filed by Indian- American passengers Marc Fernandes, Shahana Islam, Sabiha Islam, Bakiul Islam, and Anshul Agrawal, they were stranded during a stopover in Moscow when their connection Aeroflot flight to JFK got cancelled due to heavy snowfall in New York.

They alleged that while the rest of the passengers, mostly white Americans, were transported to their destination by an alternate flight, approximately 20-25 South Asian passengers, many of them young children and babies, were asked to board a flight back to Delhi by an Aeroflot official, saying that they had no alternate arrangements.

The complaint filed by the passengers says an Aeroflot representative named Mikhail informed them that no seats were available on alternate flights and that the airline would not be issuing them transit visas, which means the travellers had to leave Moscow within 24 hours.

He instructed them to fly back to India on the next flight and threatened them with deportation back to India if they failed to accept his terms.

The complainants alleged that despite them showing their American passports, the Aeroflot representative addressed them as Indians and threatened them with civil and criminal sanctions, including forfeiture of their Aeroflot tickets if they didn’t accept they were Indians.

Another Aeroflot employee, who has been identified by the name tag ‘Kitora’, in the absence of Mikhail, told the Indian American passengers that other passengers who were stranded have been provided with an alternate route that would fly them to JFK in return flights via Europe. She also assured them that US citizens will not be deported to India and also assured that they would get priority on the next available flight. But, as she continued speaking with the passengers, Mikhail appeared and handed them their boarding passes to India.

When they tried to reason with him he apparently became furious and rude to the passengers.

Concerned about the situation, the passengers frantically called the United States embassy in Moscow, but the Aeroflot employees refused to speak to them and yet again threatened them with deportation and a heavy fine.

The embassy officials on the phone advised the passengers to take any step to avoid deportation as it could have serious legal ramifications.

According to the complaint, two white Americans who were supposed to fly on the connecting flight from Moscow were allowed access to the lounge so they could rest until seats became available on a flight to the United States. The Indian American passengers allege that Aeroflot never threatened the two with deportation.

On landing in Delhi, the complaint said the passengers were not assisted by a single Aeroflot staff on what alternate arrangements had been made. On reaching the office of Aeroflot in Connaught Place, an employee told the passengers that Aeroflot would only refund half the cost of the tickets and that flights booked through non-Aeroflot airlines would not be reimbursed at all.

As the next Aeroflot flight to Washington DC or New York was not available until January 15, passengers flew on another carrier, by paying close to USD1,000 per ticket.

The complaint questions Aeroflot’s actions stating that airline employees repeatedly and systematically targeted and discriminated against the South Asian travellers, in clear violation of federal law. It also requests the DOT to conduct a full and thorough investigation into Aeroflot’s actions to ensure that the airline be held accountable for its mistreatment of US citizens

The complaint was filed by Muslim Advocates and Lewis Baach Kaufmann Middlemiss PLLC.