A certified public accountant and a leading Indian-American tax consultant, Neeraj Bhatia has been honoured with the prestigious Hind Rattan Award 2018, which is one of the highest Indian diaspora awards granted annually to non-resident persons of Indian-origin by the NRI Welfare Society of India. 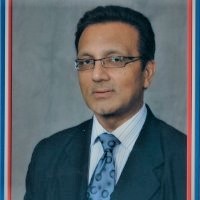 Bhatia is a sought-after tax professional who has offered extensive commentary on US and India tax issues over the years.

An accomplished accounting professional with over 30 years of practice in international and domestic tax planning and compliance for start-ups and multinational entities, Bhatia runs a successful tax and accountancy firm in the heart of Silicon Valley with offices in New Delhi as well.

“With India-US trade, corporate and economic relations booming, companies on both sides of the world are always looking for professionals who have expertise in tax and corporate laws of America and India,” Bhatia said.

“My firm has the advantage of having accounting professionals who have decades of experience navigating tax laws in the two countries,” he said.

He has helped around 1,000 startups get off the ground during the past two decades of practice in Silicon Valley. It was his insights into the IT sector that led him to be associated closely with Software Technology Parks of India (STPI) - an Indian government undertaking - in the San Francisco Bay Area. Bhatia has also kept his focus on helping several Indian-American organisations representing half a dozen Indian states engaged in charitable causes. He assists them in maintaining their charitable status through strict regulatory compliance.

Bhatia has a degree in chartered accountancy from India and holds an LLM in international taxation from the US. He is vice president and director of Indo American Chamber of Commerce and is also on the Board of the University of Silicon Andhra, a newly-formed university imparting post-graduate degree programmes in Indian languages, literature and arts. 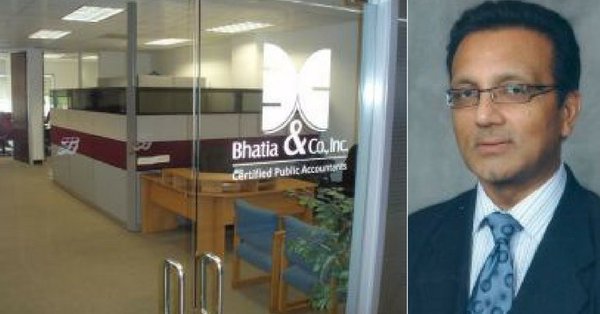 Neeraj Bhatia is a sought-after tax professional who has offered extensive commentary on US and India tax issues over the years. Photo courtesy: Twitter@bhatiacpa

He was awarded a gold medal and monthly scholarship for three years by India’s Central Board of Secondary Education for securing the first rank in India in the Board exam. He was also awarded a gold medal by Institute of Cost & Works (Management) Accountants of India for securing the first rank in north India. He is vice president and director of Indo American Chamber of Commerce and is also on the Board of the University of Silicon Andhra, a newly-formed university imparting post-graduate degree programmes in Indian languages, literature and arts.

The Hind Rattan, which means ‘Jewel of India’ in English, is one of the highest Indian diaspora awards. The award is granted at the Society's annual Congress on the eve of India's Republic Day, in conjunction with national Pravasi Bharatiya Divas celebrations.

The award ceremony is attended by senior members of the Government of India and of the Supreme Court of India. The number of awardees varies each year, but is generally about 25 to 30. Criteria for award selection are not published by the Society; award selections are made among the Society leadership and awardees are invited to attend the conference in New Delhi to accept their awards.

The NRI Welfare Society has been operating over the past 37 years,  connecting people of Indian origin with their motherland.