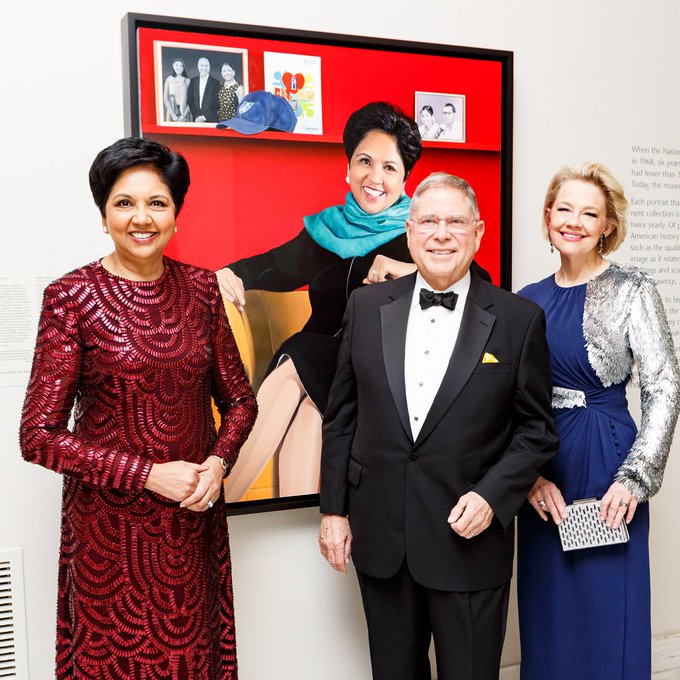 The portrait of Indra Nooyi, 64, (left) has been drawn by artist Jon Friedman and she said she watched him paint it in different stages. Photo courtesy: Twitter/@IndraNooyi

Frances Arnold, Lin-Manuel Miranda and Earth, Wind and Fire were also added to the gallery.

"It doesn't matter what your background, colour, creed, ethnicity is. As long as you've made a positive impact to the country, we are going to celebrate you - actually memorialise - which I thought was even more spectacular," Nooyi told reporters during the portrait gallery induction ceremony.

The portrait of Nooyi, 64, has been drawn by artist Jon Friedman and Nooyi said she watched him paint it in different stages.

Kim Sajet, director of National Portrait Gallery, inducted Nooyi into the portrait gallery, recognising her accomplishments as a businesswoman and also as an immigrant. 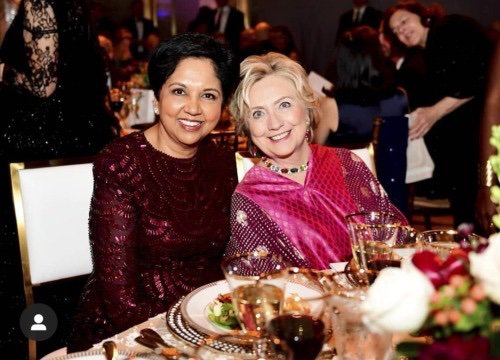 nooyi (left) with former US Secretary of State Hillary Clinton at the event. The sold-out gala raised about USD 2 million.​ Photo courtesy: Twitter/@HillaryPix