Indian-American educator appointed President of Calif. Institute of the Arts

Indian-American Ravi S. Rajan, the dean of the School of the Arts at Purchase College, State University of New York, has been named the fourth president of the California Institute of the Arts, the institute announced on December 14. 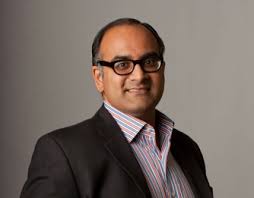 Ravi S. Rajan, the dean of the School of the Arts at Purchase College, State University of New York. Photo courtesy: purchase.edu

Rajan, a musician, teacher and administrator who has also worked in computer animation, will be CalArts' first Asian American head.

Highly regarded artist educator, Rajan will assume his post on June 1, 2017, taking over for Steven Lavine.

He has been selected from a group of 500 applicants; the CalArts Board of Trustees unanimously voted for his appointment.

Rajan said he is excited to take the helm at a school that has long harboured a confluence of ideas and an institutional ethos of experimentation.

"I'm humbled by this opportunity, excited to be a part of this great community, and I look forward to building upon the innovative pedigree of CalArts," said Rajan in a statement.

A graduate of the University of Oklahoma and Yale, Rajan went on to fulfil an artistic career as well as lead students on campus.

Rajan is a noted collaborator in the production of art, music, theatre/dance and film/video, in addition to executive roles in higher education.

He is also a member of the Tony Awards Nominating Committee, a Fellow of the Royal Society of Arts in London and president of the Asian American Arts Alliance.

Rajan will relocate to Los Angeles in the summer of 2017, along with his wife, Lucy Tucker Yates, a renowned opera singer, vocal and diction coach, and the two young sons.