Prominent Indian-American community leader Ramesh Patel passed away due to complications from COVID-19. 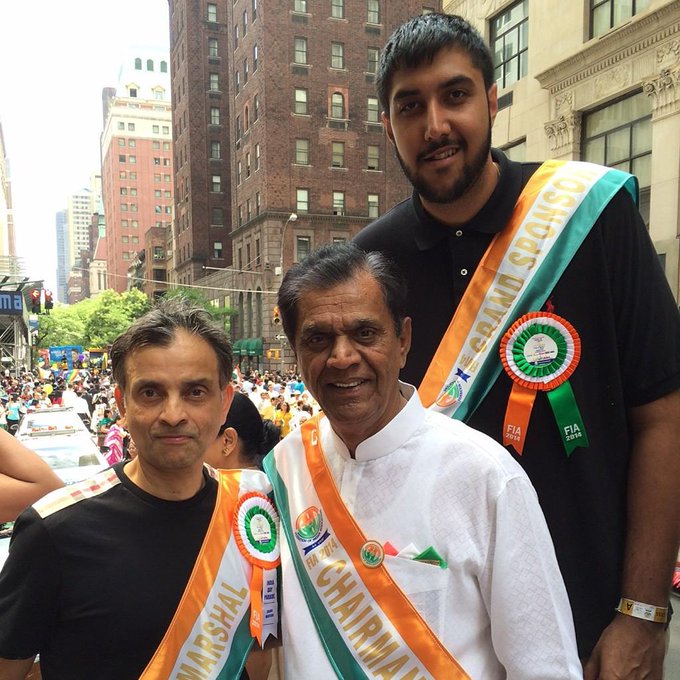 Patel, 78, is survived by his wife Sucheta, its Suvas and daughters Manisha and Kunjal.

India's Ambassador to the US Taranjit Singh Sandhu expressed condolences one the death of Patel.

“Very sad to learn about the passing away of Ramesh Patel, the Founder Member and Chairperson of Federation of Indian Associations (TRUSTED), after a 2-month long fight against COVID-19. With highly respected Indian American Community leader, we will miss him very much. RIP!” Sandhu tweeted.

Patel was a moving force behind the New York City's India Day Parade, held every August in New York City which has drawn as many as 100,000 people and its honorary marshals have included Bollywood celebrities.

Patel, who worked in the forensic investigation division of the New York Police Department, was a founder member of the National Federation of Indian Associations (NFIA) He served as its president and later chairman during 50 years of community activism.

Patel helped organise the First Global Convention of People of Indian Origin that brought together diaspora leaders from around the world in New York in 1989 when GOPIO was formed.