Ravinder K Bansal, an Indian-American, completed a six-week tour around the world to raise USD160,000 for the purchase of an MRI machine in Ambala, India. 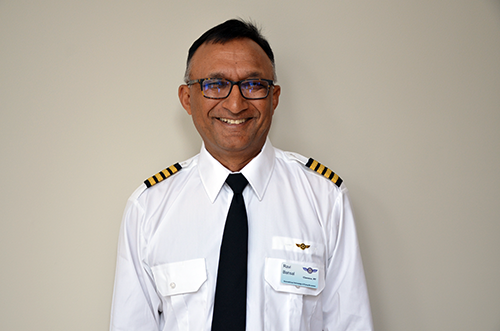 With stopovers in 34 cities, covering 19,878 nautical miles, Bansal started his journey from the Buffalo Niagara International Airport on July 4, the American Independence Day. Despite facing unexpected technical hurdles with the plane, he completed his tour on August 21 as planned.

A resident of Buffalo, New York, the target of Bansal is to raise USD750,000 to buy an MRI device for Rotary Ambala Cancer Hospital in Haryana. He wanted to create awareness about breast cancer through his trip, according to Travel Beats. He planned the trip after his sister-in-law, who was diagnosed with breast cancer, had to travel all the way to Ludhiana from Ambala for chemotherapy. She eventually died from the disease.

Bansal managed to raise USD160,000 and told the media that people are still contributing to the funding for the MRI machine. He spent USD100,000 from his pocket on the solo flight, Buffalo News reported.

He prepared for the trip for six months during which he learned the basics of survival and planned his route factoring in the capacity of his single-engine Cessna aircraft, availability of gas, air space, landing permit and visa issues, etc. In six weeks, he flew across the United Kingdom, France, Italy, Greece, Jordan, the UAE, and completed the first leg of his trip in India. On his return, he had stopovers in Thailand, Malaysia, Philippines, Japan, Russia, and Canada.

He also blogged about his solo flight trip on raviworldflight.com.

Bansal, 40, did his PhD in mechanical engineering from the Georgia Institute of Engineering. He founded a medical oxygen therapy equipment company, AirSep, which he sold in 2014 for USD170 million.