Ajay Raju, the noted Indian-American attorney, has been honoured with the third American Bazaar Philanthropy award in recognition of his charitable activities in the US. 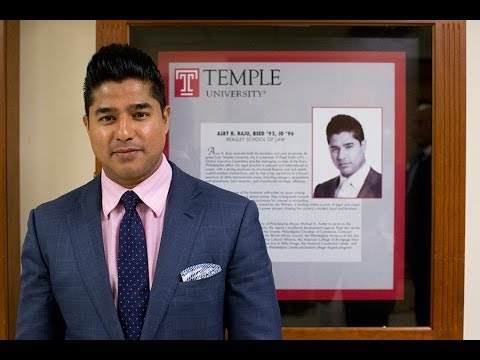 "Raju was honoured for his commitment to revive Philadelphia through the Germination Project," quoted an online ethnic news publication about Indian-Americans.
"The Germination project is a signature initiative of the Pamela and Ajay Raju Foundation that recruits talented teenagers and prepare them to be tomorrow's leaders," it added.

Previous recipients of the award include Indian-American philanthropist Frank Islam and Suri Sehgal, founder of the SM Sehgal Foundation.

“Raju has done a fabulous job in regenerating the city of brotherly love,” the report said.

"We are living in an increasingly dangerous world and times. World peace is essential for the future of this planet. There is much deadly conflict now and threats of it around the globe which must be controlled," it added.

Navneet S Chugh, a California-based attorney, said the US has a rich tradition of charity and giving. India and Indian-Americans still have a long way to go, as he cited some of the recent figures with regard to non-profits.

Last year Americans gave USD500 billion in donations to charities. As many as 70 percent of this was given by individuals and only five per cent came from corporate sector.

One third of the donations went for religious purposes, 20 per cent went to education and 10 per cent to social services.

Ajay was recently named by Lex Witness, a leading Indian journal of legal and corporate affairs, as one of India’s Top 50 power players shaping the country’s modern legal and business landscapes.

Ajay's legal practice has a strong emphasis on structured finance and real estate capital markets transactions. Ajay also has a top reputation in a broad spectrum of other transactional areas, including mergers, acquisitions and divestitures, joint ventures, and cross-border strategic alliances. Recognized as one of the foremost authorities on issues arising from India’s emergence as a global power, Ajay is regularly called upon by leading multinational corporations to provide counsel on navigating the Indian market, and to act as a liaison and negotiator within India's complex regulatory regime.