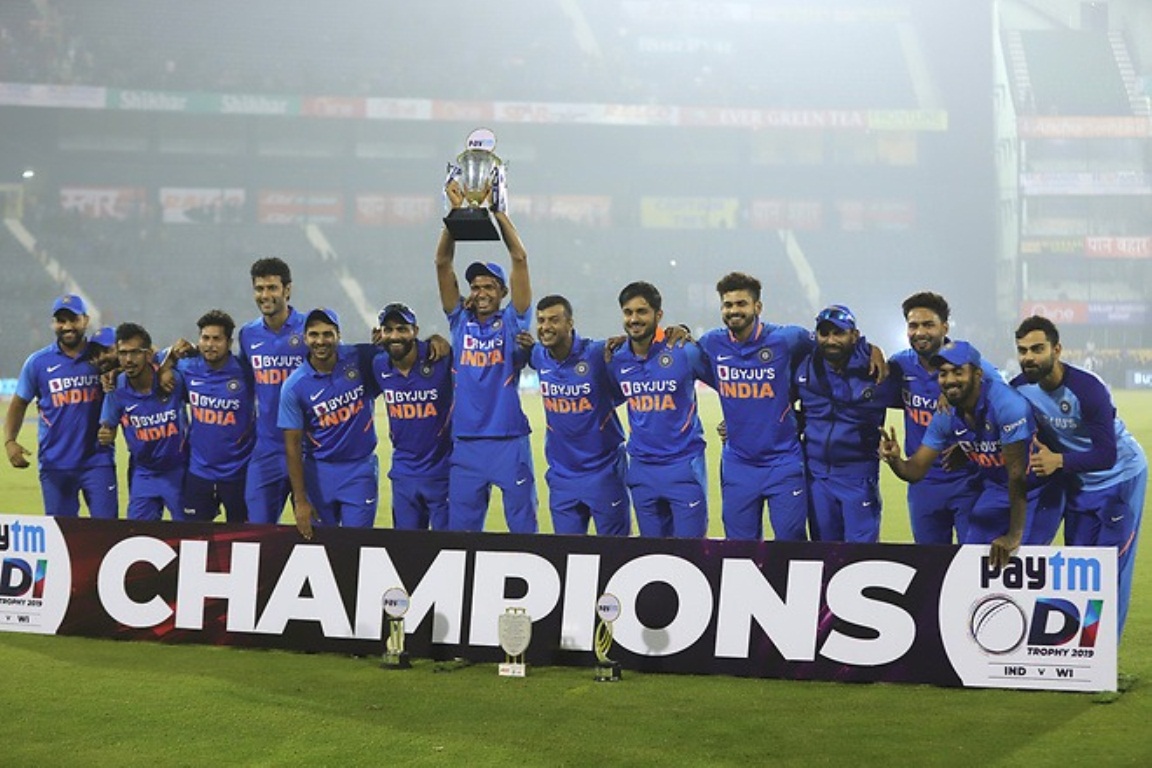 With the 3-ODI series tied 1-1, the final match at Cuttack became the series decider.

Put into bat, the West Indies began their innings cautiously. Opener Evin Lewis scored a slow 50-ball 21 before being dismissed by Ravindra Jadeja. Shai Hope managed 42 off 50 balls before Mohammad Shami sent him back to the pavilion.

Shami picks up the big wicket of Shai Hope.

Shimron Hetmyer (37 off 33 balls) and Roston Chase (38 off 48 balls) kept the Windies scoreboard ticking but when the duo were dismissed, the Windies knew that 144/4 in the 32nd over was nowhere near good enough to keep the Indian batsmen at bay.

Here it is, ODI Wicket No.1 for Navdeep Saini. Hetmyer departs.

That’s when the onslaught of Nicholas Pooran and Kieron Pollard began. Pollard smashed seven sixes in his 51-ball 74 while Pooran raced to 89 off 64 - the pair adding 105 runs in the last eight overs to get the West Indies to 315/5 in 50 over.

Rohit Sharma and KL Rahul gave India just the start they needed, putting on a 122-run stand in 21.2 overs.

Sharma was eventually dismissed for a run-a-ball 63 by Jason Holder, and Rahul went soon after, dismissed by Alzarri Joseph for 77 off 89 balls.

Shreyas Iyer, Rishabh Pant and Kedar Jadhav all failed to contribute much and a middle order collapse left India at 228/5 in 38.5 overs, needing 88 runs off 67 balls.

🇮🇳v🌴#INDvWI You can feel the pressure building in the stadium!

Pant goes and Keemo gets a 2nd wicket!

However, skipper Virat Kohli led from the front, ably assisted by Ravindra Jadeja, as the duo calmly ticked off the remaining runs. Kohli made a solid 85 off 81 balls, which included 9 fours before he fell to Keemo Paul.  This was only the first time in the last five years that the skipper crossed 80 in a chase without turning it into a hundred.

FIFTY for the Skipper 😎

We need him to continue batting and take us home.#INDvWI pic.twitter.com/9ivWpYZeX4

With Kohli gone at the start of the 47th over, India still needed 30 runs and the match looked tense once again. However a skillful 39* off 31 balls by Jadeja and a hard hitting 17* off 6 balls by Shardul Thakur took India over the finish line for a 4-wicket win and a 2-1 series victory.