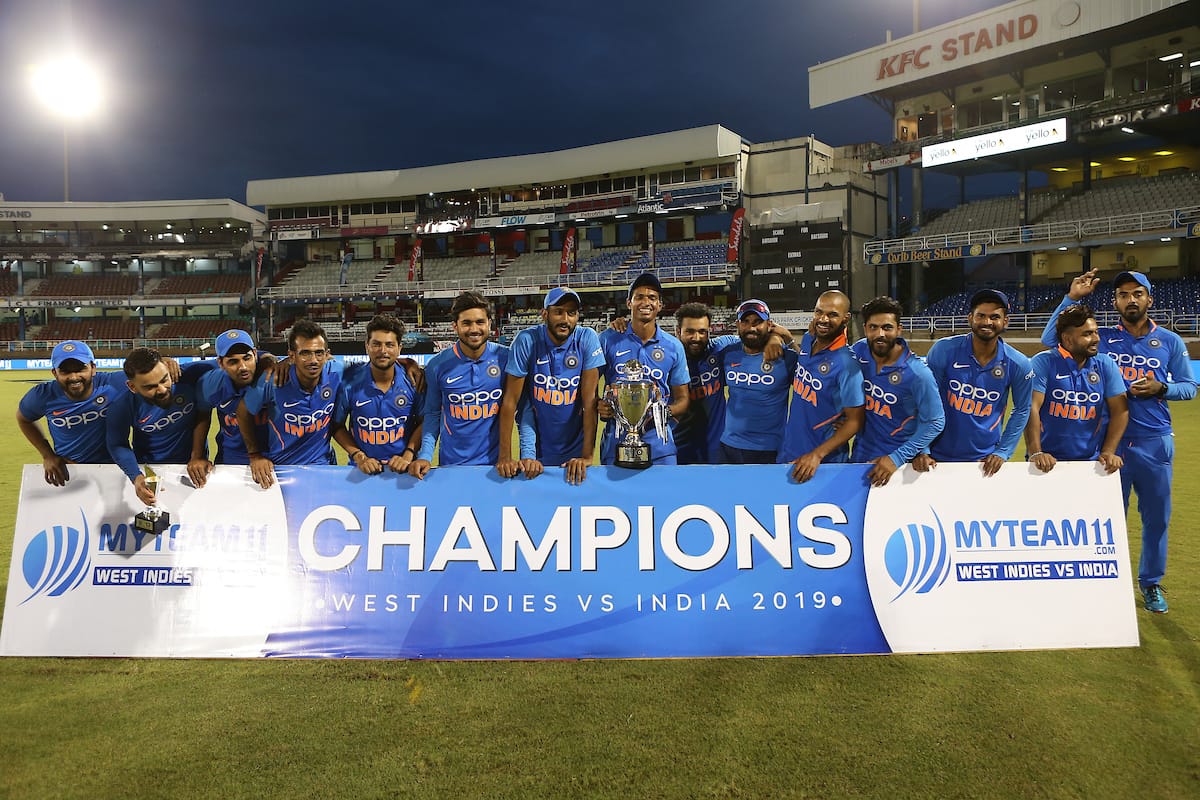 With the first match of the 3-ODI series washed out and India winning the 2nd ODI comfortably, the West Indies needed a win in the 3rd match at Port of Spain on August 14 to tie the series 1-1. However, despite some heroics by Chris Gayle, in what is likely his last international match, India cruised to a comfortable 6-wicket win (Duckworth-Lewis method) in yet another rain affected match to wrap up the series 2-0.

Electing to bat first, the West Indies started strongly, with openers Gayle and Evin Lewis putting on a 115-run stand.

This ODI series hasn’t been a memorable one for ‘Universe Boss’ Gayle - he had scored just 11 runs in 55 balls before this match. However, the 3rd ODI saw the Gayle of old as he smacked eight fours and five sixes in his innings of 72 off 41 balls.

At the other end, Evin Lewis continued his great form with five fours and three sixes in his 43 off 29 balls. Gayle and Lewis took the Windies to 114 for no loss at the end of 10 overs.

Chahal gets the breakthrough. Lewis goes for the slog sweep, but skews it down to long on. Dhawan does the rest.

There were continuous rain interruptions which stemmed the flow of runs, both by slowing down the outfield and by disrupting any batting rhythm that the West Indies tried to develop.

Shimron Hetmyer, Shai Hope and Nicholas Pooran did their best to inject some life into the innings but the West Indies eventually only managed to reach 240/7 in their reduced 35 overs.

End of the West Indies innings. #TeamIndia are now set a target of 255 in 35 overs #WIvIND pic.twitter.com/lej4FzAmma

Rohit Sharma and Shikhar Dhawan began well for India, before a run out sent Sharma (10 off 6 balls) back to the pavilion. When Shikhar Dhawan (36 off 36 balls) and Rishabh Pant (0 off 1 ball) fell within two balls of each other, India were staring an uncomfortable scoreboard of 92 for 3.

However, masterful innings by Virat Kohli and Shreyas Iyer made sure that the Men in Blue were never in trouble during their chase. Having being dropped when he was on 11, Kohli dug in and played a sensational innings. 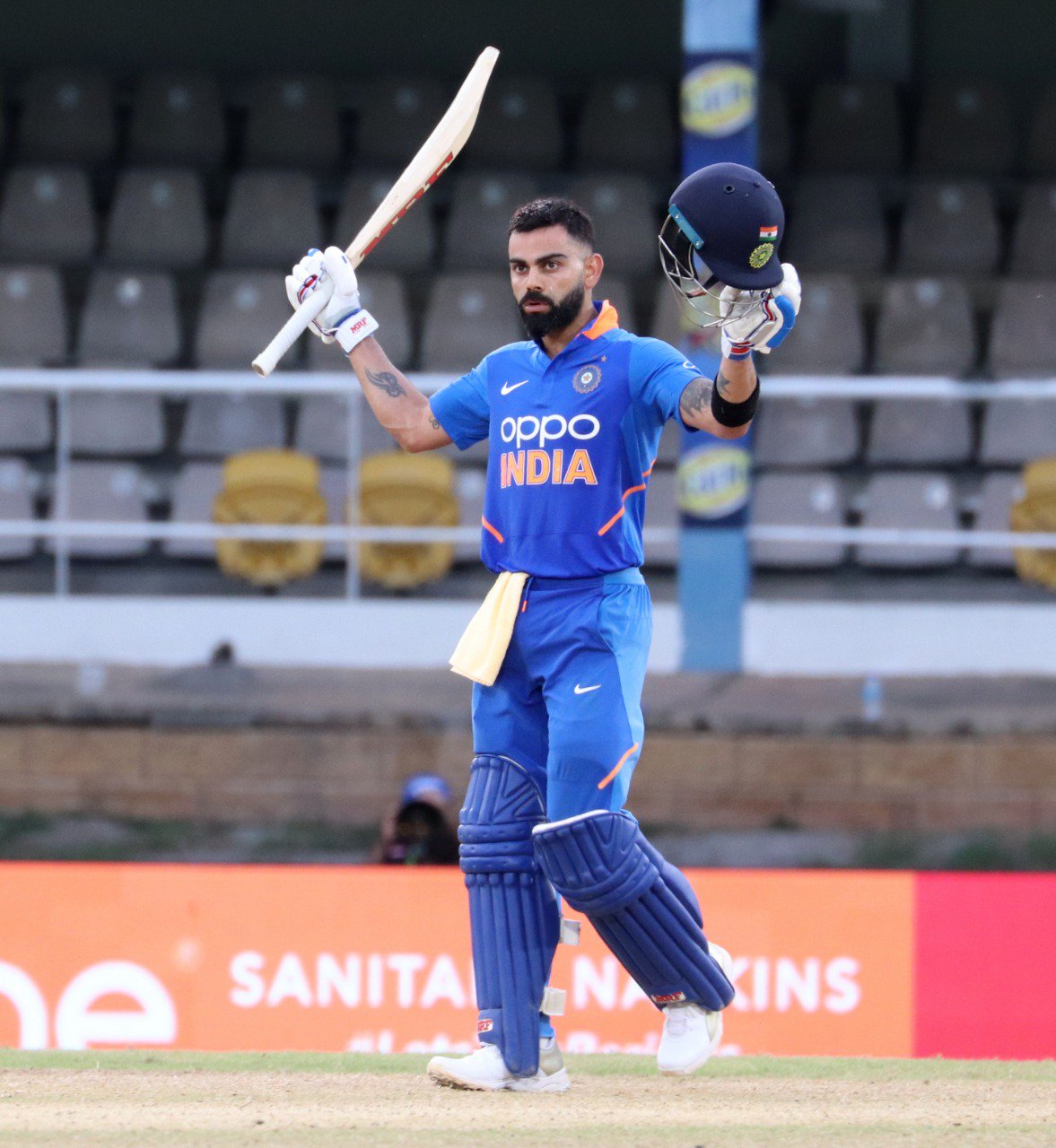 Smashing fourteen fours, Kohli raced to his 43rd ODI century and also became the first man to score 20,000 international runs in a decade.

Iyer continued his good form from the previous game and played some fluent cricket, ably supporting Kohli at the other end. He hit five sixes (including three successive ones off Fabian Allen) and three fours as he raced to his half century off just 33 balls. He was eventually dismissed for 65 off 41 balls.

Oh YES! Shreyas. What a brilliant innings this - Can he keep it going? 👌👌 #TeamIndia #WIvIND pic.twitter.com/iw2Cur17ZG