India, US kick off military exercise in Alaska

India and the US have kicked off military training exercise, “EX YUDH ABHYAS 21”, at the Joint Base Elmendorf Richardson in Alaska which will enable their two militaries to undertake joint operations at the Battalion level in mountainous terrain with cold climatic conditions under the ambit of United Nations. 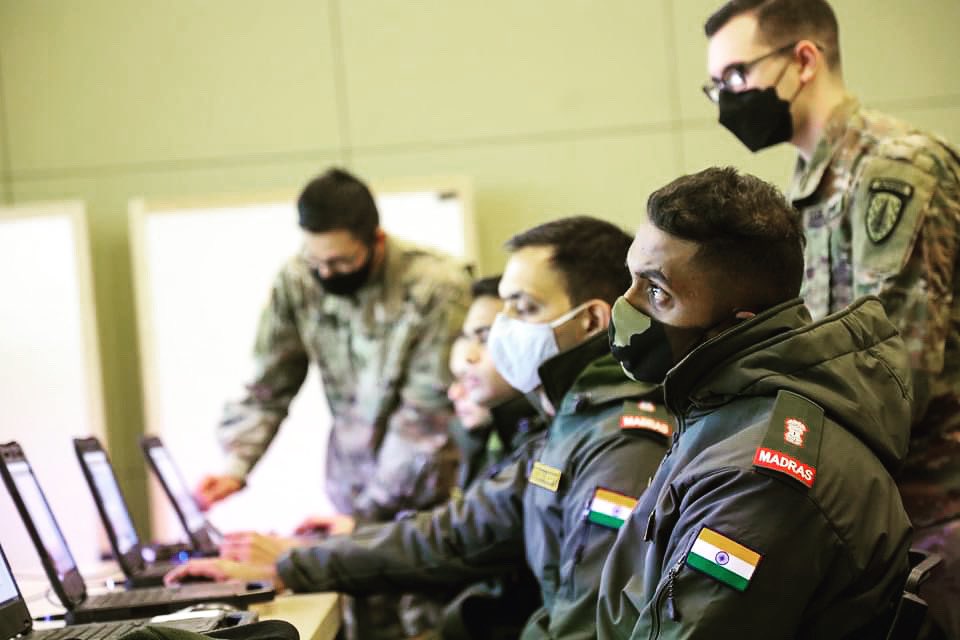 Some 300 US Army soldiers belonging to First Squadron (Airborne) of the 40th Cavalry Regiment and 350 soldiers of 7 MADRAS Infantry Battalion Group of the Indian Army are participating in the exercise. Photo courtesy: Twitter/@5thSFAB

Some 300 US Army soldiers belonging to First Squadron (Airborne) of the 40th Cavalry Regiment and 350 soldiers of 7 MADRAS Infantry Battalion Group of the Indian Army are participating in the exercise.

During the opening ceremony, Major General Brian Eifler, Commander US Army, Alaska, formally welcomed the Indian contingent. He urged both contingents to focus on improving cohesion and interoperability to achieve training objectives of the exercise. He stressed the importance of free exchange of ideas, concepts and best practices between the troops and the necessity to learn from each others’ experiences.

The joint exercise will facilitate both Armies to know each other better, share their wide experiences and enhance their situational awareness through information exchange.

Meanwhile, the eighth Edition of the 12-day joint military exercise between the Indian Army and the Sri Lankan Army, Exercise MITRA SHAKTI which was conducted culminated at Combat Training School, Ampara today.

Exercise Mitra Shakti, based on counter insurgency and counter terrorism operations in semi urban terrain is the largest bilateral exercise being undertaken by the Sri Lankan Army and it forms a major part of India and Sri Lanka’s growing defence partnership. During the past 14 days, both the contingents displayed great enthusiasm and professionalism while practising joint drills, executed as part of the exercise.

The culmination phase of the exercise was jointly witnessed by the visiting Chief of the Indian Army, General MM Naravane and General Shavendra Silva, Chief of Defence Staff & Commander of the Sri Lankan Army on 15 October 2021.

Besides promoting synergy and interoperability amongst the Armed Forces, Exercise Mitra Shakti further helped in cementing ties between both the Nations. The participating contingents expressed immense satisfaction at the termination of the exercise in terms of standards achieved during the conduct of the said exercise.