The maiden bilateral tri-service drill being carried out by the India and the UK has ended in the Arabian Sea. 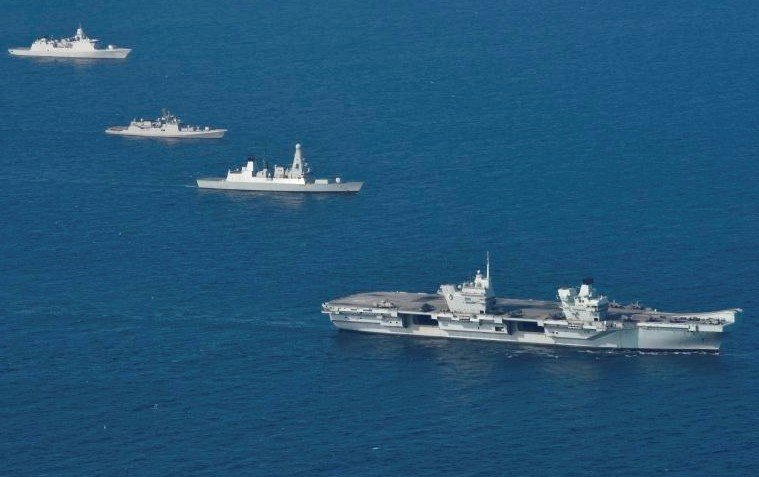 The culmination of the exercise was marked by the traditional steam past between ships of the two navies. Photo courtesy: Twitter/@SpokespersonMoD

“Smooth execution of the first edition of the exercise is testimony to the professional abilities, mutual understanding and shared commitment of the two nations and their personnel in uniform,” the defence ministry said.

The UK's Carrier Strike Group (CSG) led by its largest warship HMS Queen Elizabeth and several other frontline ships of the two navies had participated in the 'Konkan Shakti' exercise.

The culmination of the exercise was marked by the traditional steam past between ships of the two navies.