India, UAE will wrap up talks on trade deal by January 2022: Goyal

India’s Commerce Minister Piyush Goyal has said the India-UAE will conclude the discussions on Comprehensive Economic Partnership Agreement (CEPA) by next month. 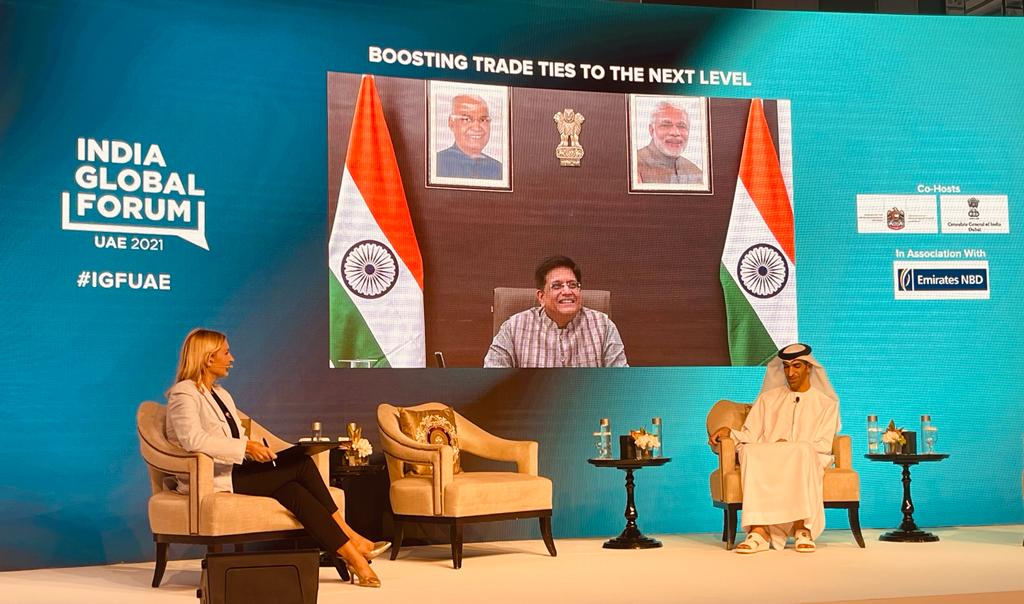 Piyush Goyal (on screen) during his address. Photo courtesy: Twitter/@PiyushGoyal

Goyal, who was addressing the India Global Forum UAE-2021, said, “Hopefully, by the end of this month or next month, we hope to conclude the negotiations so that this would probably be one of the fastest trade agreement between two countries ever made.”

He further said that the trade pact will provide market access to both the nations and some elements are the first-of-its kind as part of the deal.

The discussions on trade deal with the UAE was on since September 23-24 in New Delhi after the visit of UAE’s Minister of State For Trade Thani bin Ahmed Al Zeyoudi,  said a government official on the condition of anonymity, as quoted by Hindustan Times.

The deal is expected to push bilateral goods trade to USD 100 billion and services to USD 15 billion in five years.

“We have been able to look at very attractive growth rates, - second quarter, that’s July-September, we grew at 8.4% which is one of the fastest growing growth rates in the world today,” Goyal added.