About 12 agreements will be signed between India and the United Arab Emirates (UAE) during Prime Minister Narendra Modi’s visit to the Gulf country later this week as both the countries are looking to intensify economic co-operation. The agreements include areas like finance and skills development.

Narendra Modi will start his visit to three West Asian countries - Palestine, the UAE and Oman - on February 9 with focus on cooperation in key areas of defence, security and counter- terrorism. 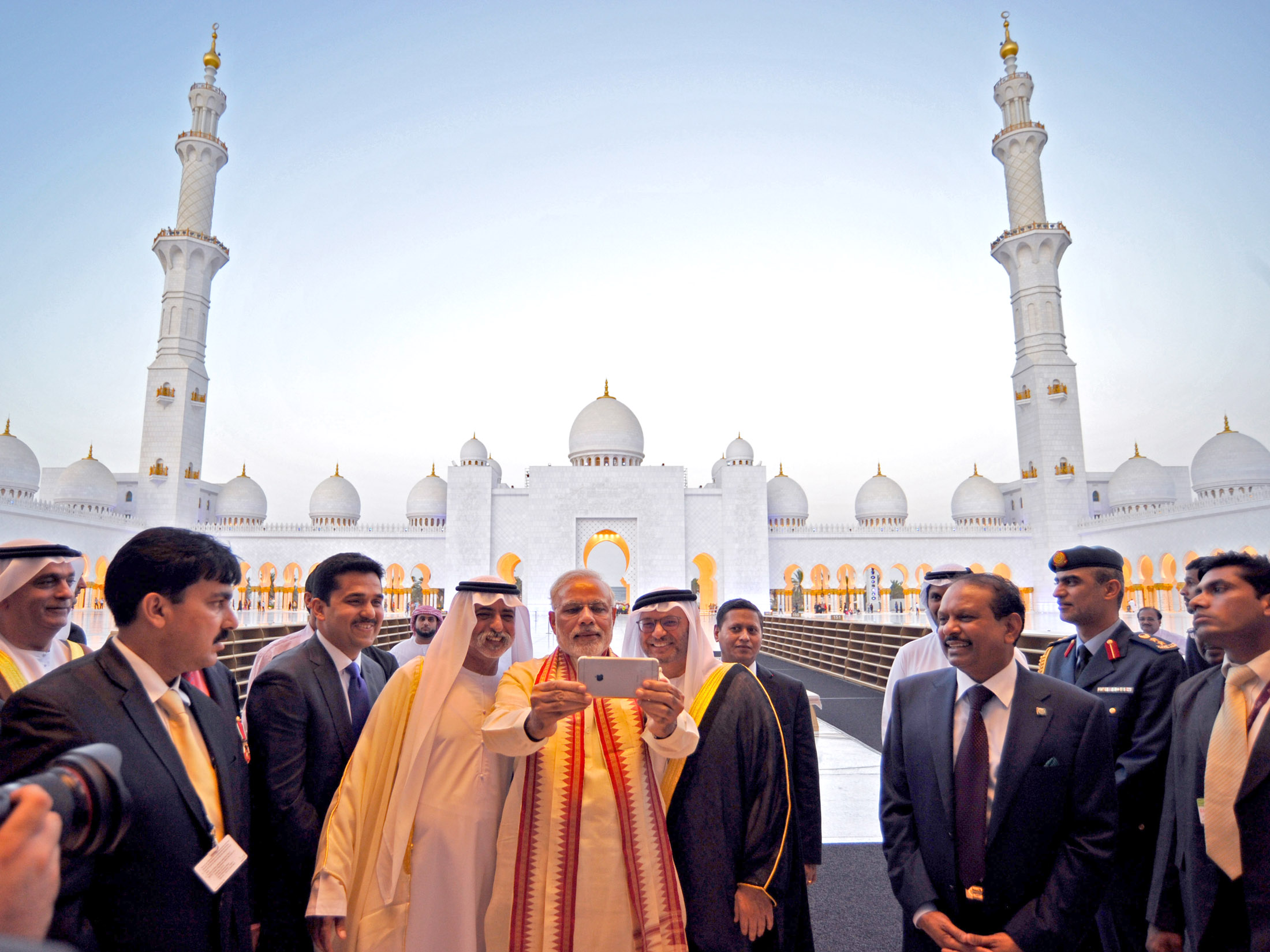 Indian Prime Minister Narendra Modi present in a mosque during his visit to UAE in August 2015. Photo courtesy: narendramodi.in

“PM Modi is visiting the UAE on February 10. There will be a state visit and during that visit 12 agreements will be signed between our countries,” UAE Ambassador to India Ahmed Al Banna said.

This will be PM Modi's second visit to the UAE. He first visited the country in August 2015.

According to the UAE Ambassador, these visits are important for enhancing and strengthening the bilateral relations.

“If we look at the investment from UAE to India, it exceeds $11 billion, about USD 4-5 billion in the format of FDI (foreign direct investment),” Banna said.

The third leg of Modi’s journey will start on February 11 when he will visit Oman.  He will be welcomed with a ceremonial reception at the airport. He will straight go in for a big community event at Sultan Qaboos Sports Complex in Bausher.

On February 12, Modi will meet Omani CEOs and visit Sultan Qaboos Grand Mosque in the afternoon.

The Indian diaspora in the Gulf countries is now up to nine million people, with annual remittance at USD35 billion.