India to be Country Of Honour at Abu Dhabi Festival 2018

India has been declared a Country of Honour for the upcoming 15th Abu Dhabi Festival 2018 to mark the "deep cultural wealth of India, reflecting on the historic ties between the UAE." 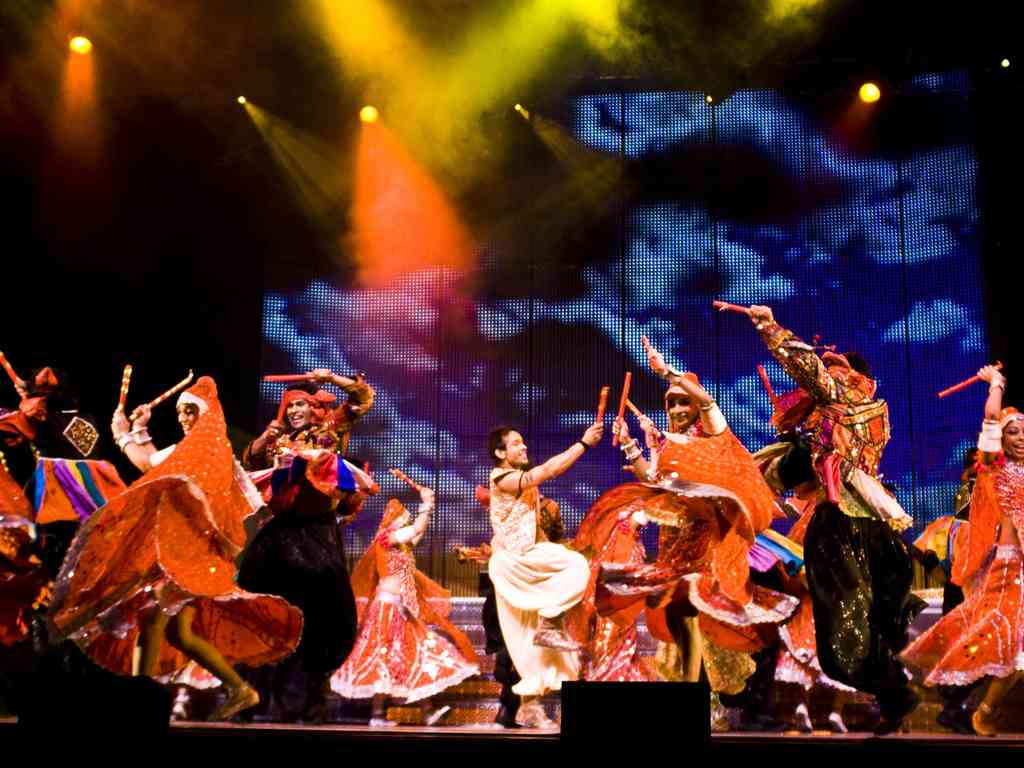 Indian artists will showcase 'The Merchants of Bollywood' at the festival. Photo courtesy: Abu Dhabi Festival

Indian artists will showcase 'The Merchants of Bollywood' on March 8 and 9, 2018, a theatrical spectacle that celebrates the world’s most prolific film industry through dance. The story of the last dynasty of choreographers, the huge cast, vibrant costumes, choreography by leading talent Vaibhavi Merchant, and score by award-winning duo Salim and Sulaiman Merchant have thrilled more than two million people worldwide, featuring Arif Zakaria, Carol Furtado, Denzil Smith and Sushant Pujari.

There will also be classical Indian dance 'We the Living' by Tanusree Shankar Dance Academy (March 19, 2018). An interpretation of Sufi poet Rumi’s ‘Human Being’ is brought vividly to life through the expressive art form of classical Indian dance. In the spirit of its source, We the Living envisages humans as transcultural beings that have transcended social systems, religions and even their weighty physical forms.

The Sarod Master Ustad Amjad Ali Khan will perform on March 25, 2018. One of the most distinguished masters in the world of Indian classical music, Amjad Ali Khan is revered as the sarod master. The sarod is fundamental to the Indian music tradition, shaping the character through its deep, weighty and introspective sound. Having travelled widely and performed internationally, international audiences from Pakistan, China and New Zealand to London, Italy, and Japan have revelled in this master’s expressive and entrancing performances.

"It is a matter of pride that India has been chosen as the Guest of Honour for the 2018 edition of Abu Dhabi Festival. We look forward to working closely with HE Hoda Al Khamis Kanoo and her team to bring some of the finest elements of Indian culture to the arts-loving people of Abu Dhabi," Navdeep Singh Suri, Indian Ambassador to the UAE, said after the announcement. 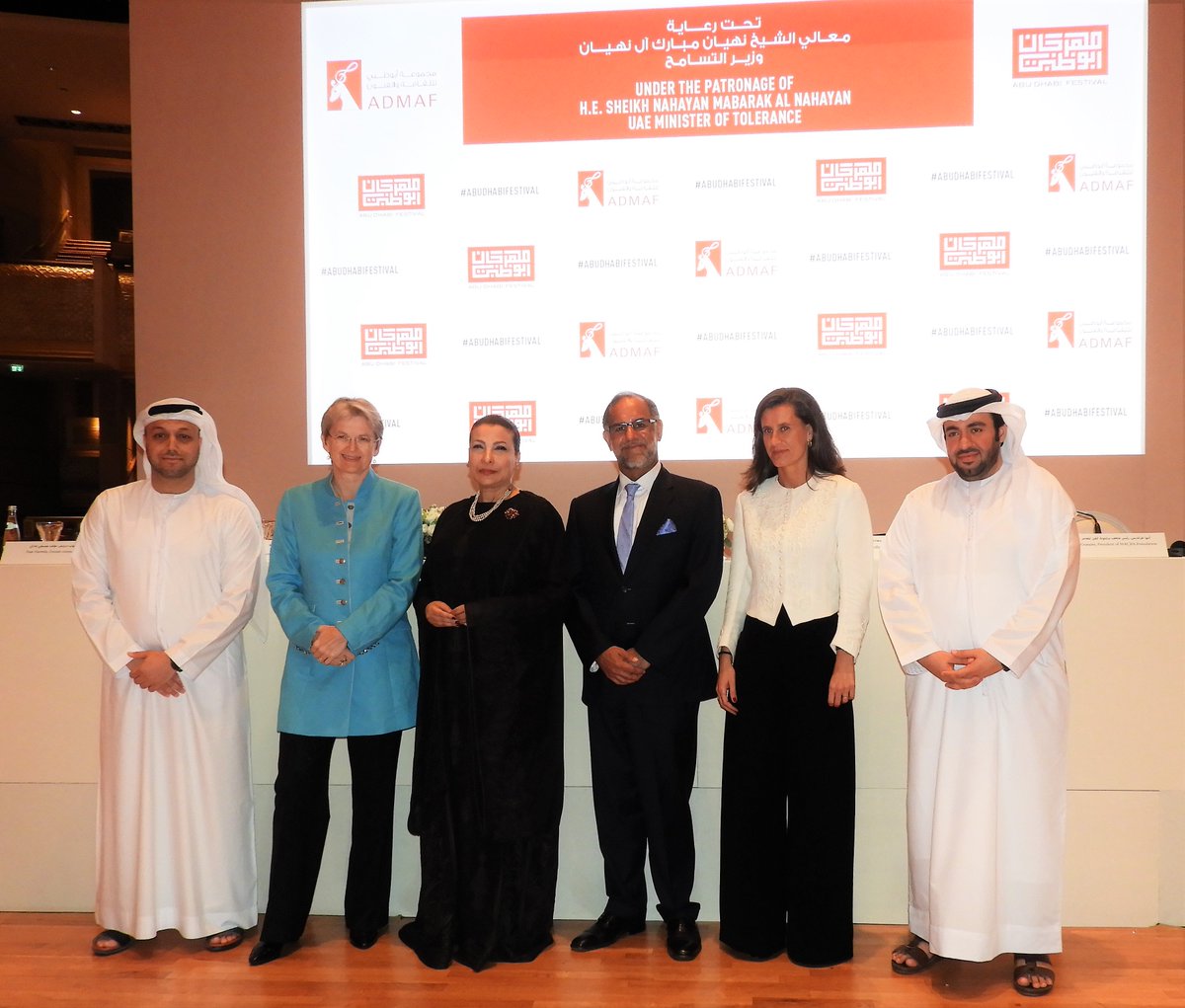 Under the patronage of Sheikh Nahayan Mabarak Al Nahayan, UAE Minister of Tolerance, Abu Dhabi Music & Arts Foundation (ADMAF) today announced an exceptional headline programme of concerts, performances and exhibitions as part of Abu Dhabi Festival 2018. With more than 100 events, 26 productions, one co-production and 16 commissions across 30 venues, the Festival returns for its 15th year with an illustrious mix of artists, genres and nationalities as it celebrates India as the ‘Country of Honour’ and joins the nation in marking 2018 as the ‘Year of Zayed’ – underscoring its commitment to future generations by championing cultural exchange, creativity and innovation in the arts.

"Each year, Abu Dhabi Festival recognises a Country of Honour, commemorating its culture through performances and strengthening diplomatic ties as it welcomes esteemed guests and celebrates artistic expression," a statement from Abu Dhabi Music and Arts Foundation (ADMAF), the organisers of festival, said.

"In 2018, the Festival recognises the deep cultural wealth of India, reflecting on the historic ties between the UAE and the subcontinent – ties expressed through a long tradition of cultural exchange. We are excited to welcome artists from India across visual arts, film, theatre, music and dance to this year’s Festival, allowing audiences to explore the depth and diversity of contemporary Indian culture," ADMAF added. 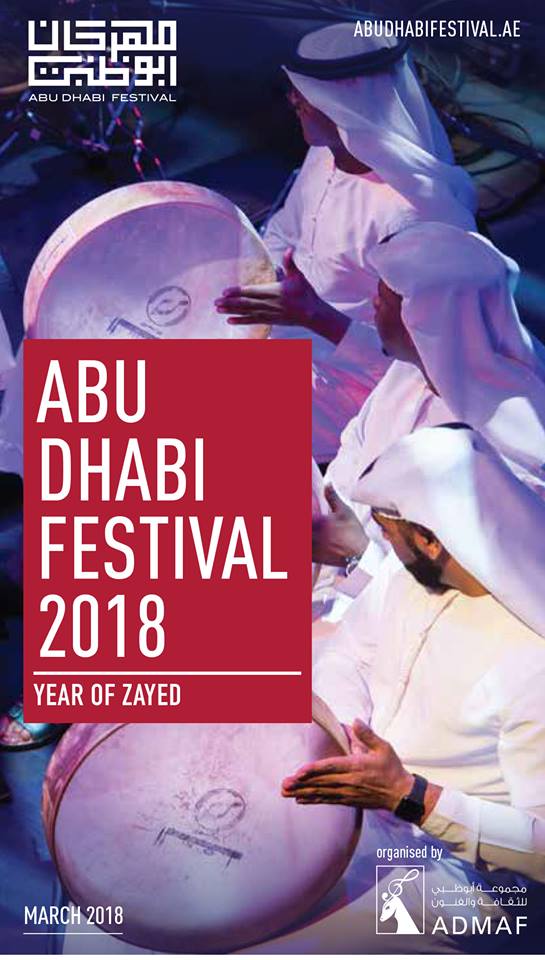 Presenting more than 500 international artists from 30 different countries and featuring masterpieces by more than 40 composers, Abu Dhabi Festival 2018’s headline programme will includes performances by world-renowned violinist Nicola Benedetti with UK’s Orchestra of the Age of Enlightenment; a theatrical spectacular of celebrating Indian dance The Merchants of Bollywood; the eminent Orchestra dell’Accademia Nazionale di Santa Cecilia – Rome helmed by one of Europe’s most dynamic conductors, Sir Antonio Pappano and joined by pianist Beatrice Rana and violinist Kyung Wha Chung; the world premiere of Emirati composer Ihab Darwish ‘Waves of my Life’ performed by Beethoven Academy Orchestra conducted by Stoyan Stoyanov and a host of other stars; internationally-recognised soprano Deborah Voigt accompanied by beloved Lebanese tenor Bechara Moufarrej; the Sinatra of the Middle East – Palestinian singer Omar Kamal with a night of jazz, swing and Arabic classics; a concert of global music and glamour with Pink Martini; an immersive multimedia experience in Pianographique – two pianists performing works by Philip Glass, Steve Reich and Maurice Ravel, accompanied with live visualisations by Ars Electronica; A classical Indian dance interpretation of the work of Rumi in We the Living by Tanusree Shankar Dance Academy; The Sarod Master USTAD Amjad Ali Khan makes his Abu Dhabi Festival Debut; an epic evening of pinao concertos for two, three and four pianos with The Bach Project; and, to conclude the Festival, Compañía Nacional de Danza make their Arab World Debut with Don Quixote.

Tickets will be available to purchase here. The offers are:

UAE National Day Discount: 46% discount will be applied on all ticket purchases from Monday, November 27, until Sunday, December 3.