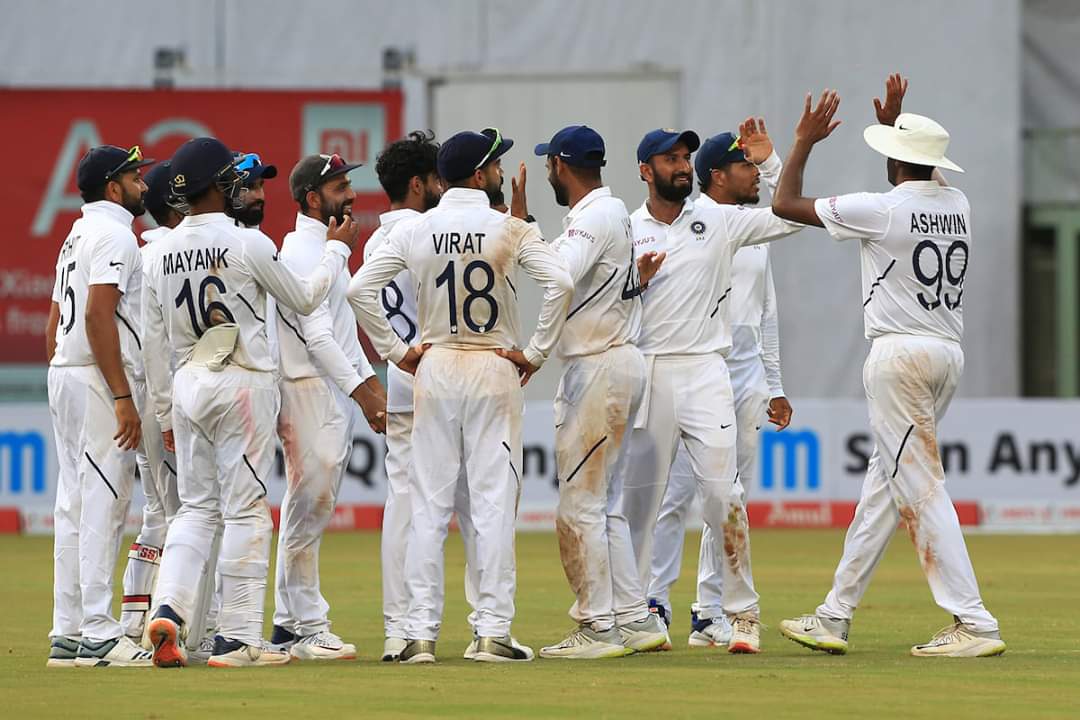 India skittled out the South African batting line-up with clinical precision on the fifth day of the first Test in Visakhapatnam, winning by a mammoth 203 runs.

The Proteas began the day at 11/1 chasing 395 for a win. Their approach was positive as they looked to make a go of achieving the stiff target.

R Ashwin, who had taken a fantastic 7/145 in the 1st innings, had other ideas however and it wasn’t long before he sent Theunis de Bruyn (10 off 25 balls) back into the hut to claim his 350th Test wicket.

Two quick wickets on Day 5 of the 1st Test as Ashwin & Shami strike to send De Bruyn and Bavuma back in the hut.

Mohammed Shami was the wrecker-in-chief of the second innings, accounting for the wickets of Temba Bavuma (0 off 2 balls), Faf du Plessis (13 off 26 balls) and first innings centurion Quinton de Kock (0 off 2 balls), leaving South Africa tottering at 60/5. 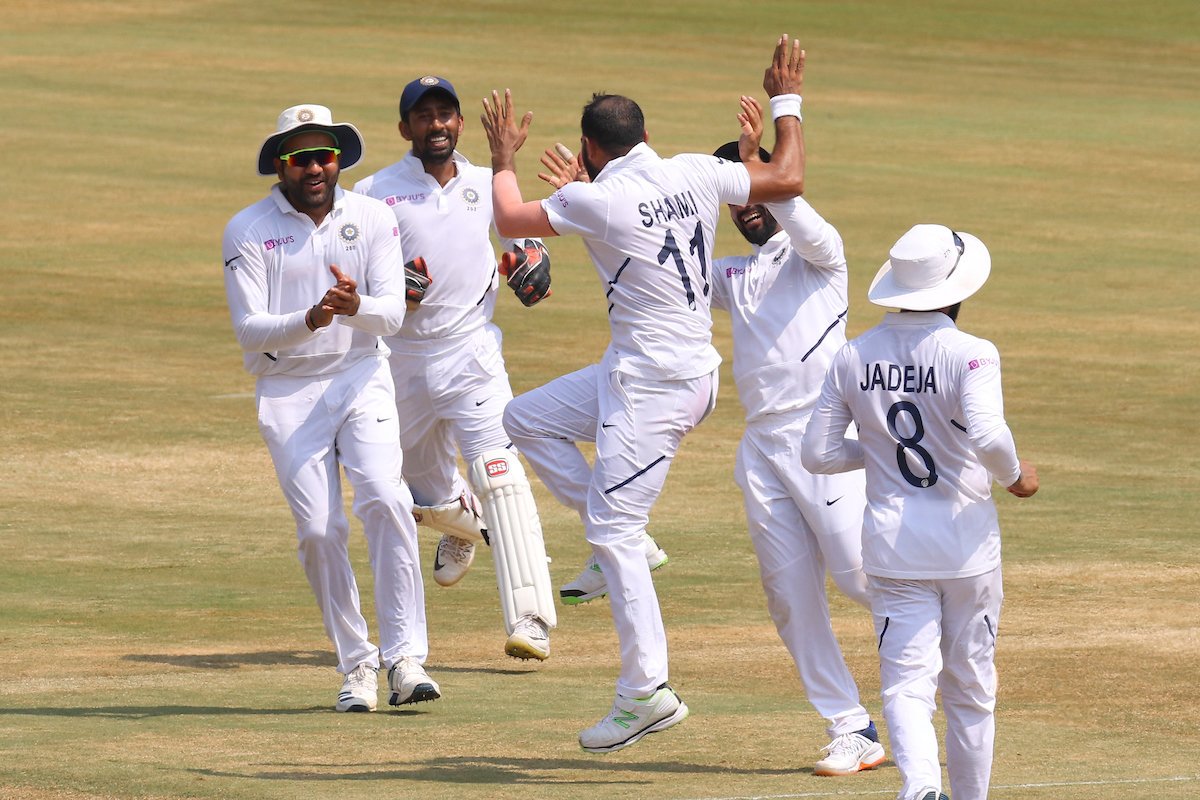 Aiden Markram let loose with the visitors already down to the lower order but was soon dismissed by Ravindra Jadeja for 39 off 74 balls, followed shortly by Vernon Philander and Keshav Maharaj - both out for ducks in the same over.

With South Africa at 70/8, India looked like they would wrap up the win in the first session of the day itself. However a 91-run stand between Senuran Muthusamy and Dane Piedt meant that India were forced to stay on the field into the second session as well.

Join us soon for the post Lunch session 😎😃 pic.twitter.com/bZtaqMvM21

It was Shami to the rescue once again as he came back and took the last two wickets to dismiss South Africa for 191, giving India a 203-run win - their third consecutive Test win by a margin greater than 200 runs. Rohit Sharma was named Man of the Match for his innings of 176 and 127 in the match.