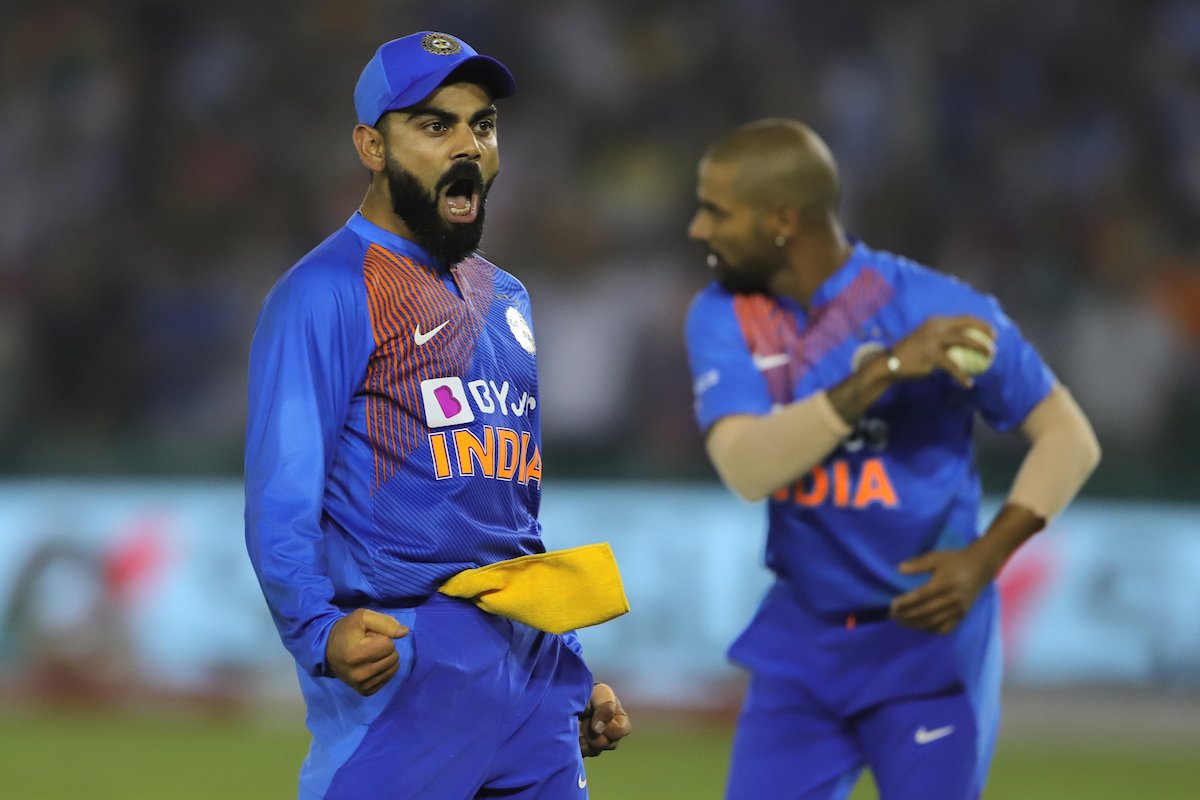 India cruised to a 7 wicket win against a new look South Africa in the 2nd T20 international at Mohali. The Men in Blue now have a 1-0 series lead in the 3-T20 series after the first match in Dharamsala was washed out.

Put into bat, South Africa never really got going. Skipper Quinton de Kock showed promise, smashing a well made 52 off 37 balls but received little support from the other end.

Temba Bavuma handled the Indian bowlers well but his T20 inexperience showed - this match being his debut in the shortest format of the game with 36 Tests and two ODIs under his belt. He eventually fell for 49 off 43 balls leaving South Africa at 126 for 4 after 17.1 overs.

The Proteas managed just three runs in the rest of the 18th over, four in the penultimate over and eventually ended their innings at 149/5, with Andile Phehlukwayo and Dwaine Pretorius hitting Navdeep Saini for a six each in the final over. Deepak Chahar was the pick of the Indian bowlers with 2/22 in his 4 overs.

South Africa post a total of 149/5 on board https://t.co/IApWLYsXvx #INDvSA pic.twitter.com/mwWxWkzyKc

India were never in trouble in their chase. Rohit Sharma (12 off 12 balls) fell early but Shikhar Dhawan and Virat Kohli piled on the misery for the South African bowlers.

Both batsmen looked in great touch, with singular strokes to the boundaries and confident game-play.

A one-handed catch by David Miller sent Dhawan back for a well-made 40 off 31 balls.

Rishabh Pant, who was sent in ahead of Shreyas Iyer, fell cheaply as he looked to up the momentum and instead ended up holing out to Tabraiz Shamsi for 4 runs off 5 balls.

I love this game 💙
See you in Bengaluru 🙏🏼 #INDvSA pic.twitter.com/R07Dz4VFlF