Commerce ministers of 16 countries including India and Singapore involved in negotiations over the mega free trade Regional Comprehensive Economic Partnership (RCEP) will gather in Beijing next month to push the negotiations forward, an official said. 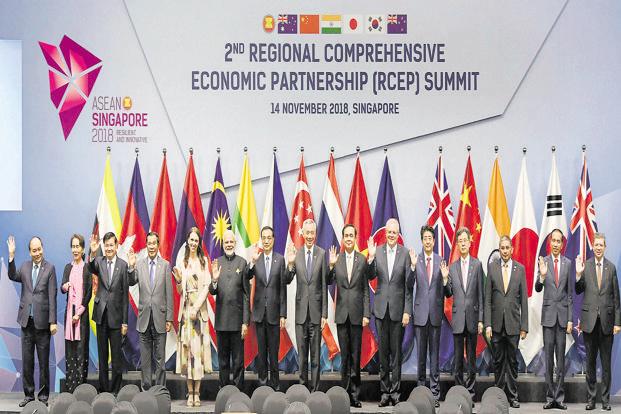 India is facing pressure from other members, especially the ASEAN, to end its stalemate with China on market opening offered under the proposed pact. Photo courtesy: Twitter/@narendramodi

The ministers will meet on August 2-3 in China's capital, immediately after the conclusion of the 27th round of negotiations for the RCEP at Zheng Zhou in China, the official added. The chief negotiators of the countries will begin their meetings from today till July 31.

The trade agreement aims to cover issues related to goods, services, investments, economic and technical cooperation, competition and intellectual property rights. India has been in the process of updating the RCEP agreements with the ASEAN nations and JApan as part of Prime Minister Narendra Modi's Act East Policy.

India is facing pressure from other members, especially the ASEAN, to end its stalemate with China on market opening offered under the proposed pact. India has registered trade deficit in 2018-19 with as many as 11 RCEP member countries, including China, South Korea and Australia.