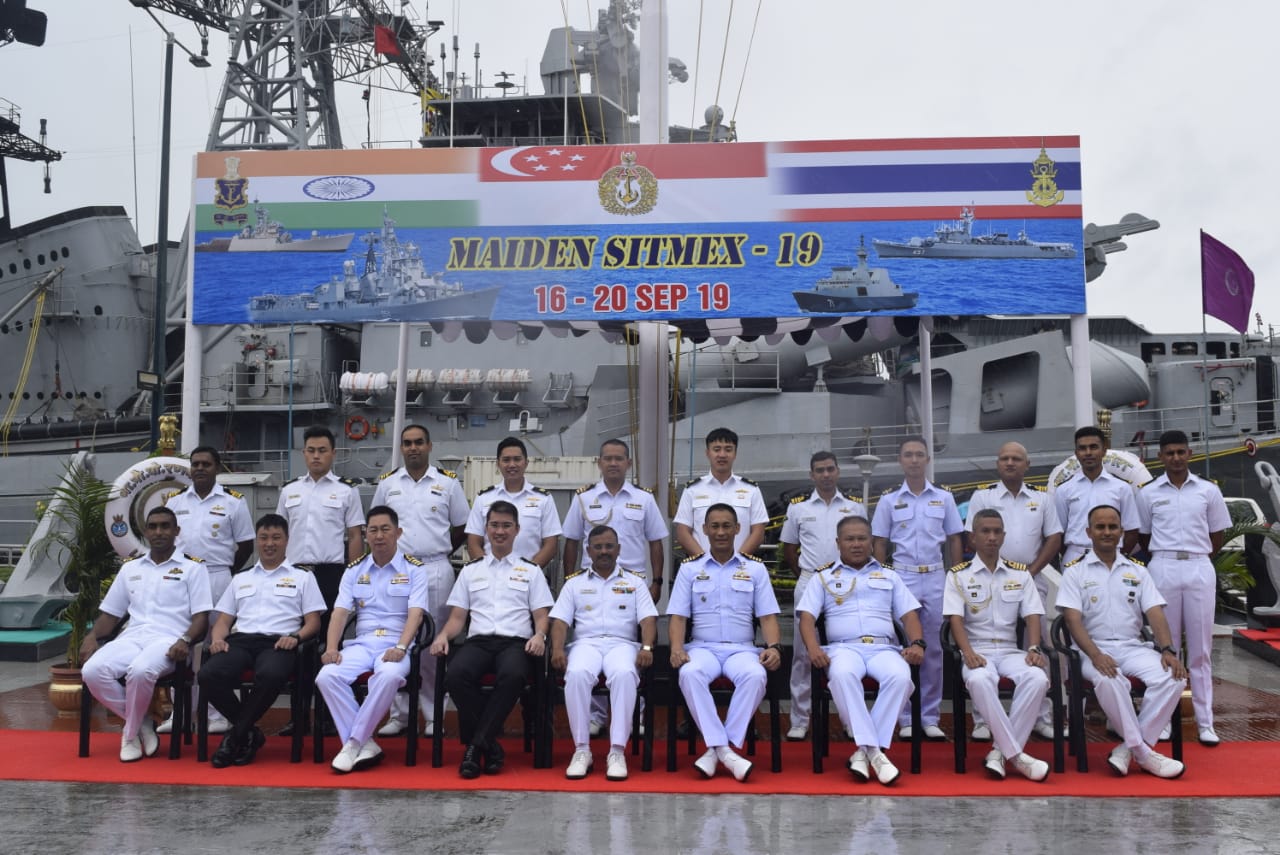 The Indian Navy announced on Monday the commencement of a trilateral maiden naval exercise involving India, Singapore and Thailand at Port Blair in the Andaman islands.

"The five-day-long exercise is aimed at bolstering the maritime inter-relationships amongst Singapore, Thailand and India, and contribute significantly to enhancing the overall maritime security in the region. This would also strengthen the mutual confidence amongst three navies in terms of interoperability and development of a common understanding of procedures," the statement added.

As part of this naval exercise, the RSN Tenacious, a formidable-class guided missile stealth frigate, and His Majesty's Thailand Ship (HTMS) Kraburi, a guided missile frigate, will be exercising with Indian Naval Ship Ranvir, a guided missile destroyer, Kora, a missile corvette, and Sukanya, an offshore patrol vessel, along with P8I Long Range Maritime Reconnaissance aircraft.

During the harbour phase scheduled at Port Blair, professional exchanges, sports fixtures and cross deck familiarisation visits will be organised.

The sea phase is scheduled to take place from September 18 to 20. There will also be a host of surface and air operations involving gunnery, force protection measures and communication drills, providing experience, gaining and learning from each other's best practices, the statement from the Navy said.