"A number of South East Asian countries are ready to buy our missiles. It will be our first export and we have received increasing interests in the missiles from the Gulf countries,"  reports widely quoted Commodore S K Iyer, Chief General Manager at BrahMos Aerospace, as saying at the exhibition which opened on May 14. 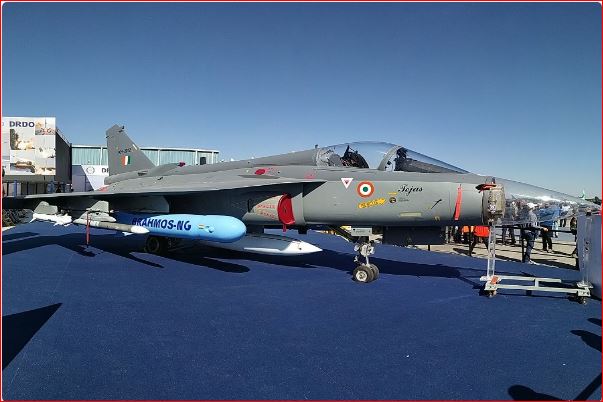 However, Iyer did not name the countries or elaborate the type of missiles that are up for sale, but all indications point to BrahMos and Akash SAM (Surface to Air Missile) for which Vietnam and India are already at an advanced level of talks.

Last March, India showcased its Light Combat Aircraft (LCA) Tejas at Langkawi International Maritime & Aerospace Exhibition or LIMA'19 in Malaysia as Kuala Lumpur scouts for fighter jets in the market near home. As a reciprocal measure, Malaysia intends to cut defence imports from European Union which has restricted palm oil imports on the environmental concerns such as rapid plantation of palm trees by felling the lowland Malaysian forests, the only known home to the Great Asian Ape orang-utan which now faces extinction.

New Delhi is keen to move in the South East Asian market where demand has been fuelled among the smaller nations wary of China's military power projection and base construction activity in the South China Sea.

Lauding the speech of Singapore Defence Minister Dr Ng Eng Hen at the opening of IMDEX 2019, Indian High Commissioner to Singapore Jawed Ashraf said he was "pleased to join Deputy Chief of Naval Staff [M S Pawar] on the tour of the exhibition, including our own BrahMos and Larsen and Toubro."

"Regular participation by the Indian Navy in the IMDEX and SIMBEX reflects the importance India attaches to the exercises and the broader strategic partnership with Singapore, and it also reaffirms our Act East Policy. India is also represented by leading engineering and shipbuilding firm Larsen & Toubro, and BrahMos which makes state of the art air, sea and ground-launch cruise missiles," a statement from the High Commission of India in Singapore said.

INS Kolkata is an advanced stealth destroyer capable of engaging multiple threats from the air, sea and underwater, and has been designed and built in India. INS Shakti is a fleet support ship to provide fuel, provisions and munitions to warships at sea.

Following IMDEX, Indian Naval ships together with an Indian Navy aircraft P8I will participate in the 26th edition of SIMBEX scheduled from May 16 to 22, 2019 which is the longest uninterrupted naval exercise that India has with any other country. The 26th SIMBEX is taking place six months after the last edition which took place in the Andaman Sea and Bay of Bengal from November 11 to 21, 2018 and involved live weapon firings and complex military manoeuvres including those of aircraft and submarines.

The Indian Army and the Singapore Army recently also held their 12th edition of the Annual Exercise Bold Kurukshetra, an annual joint training exercise for Armoured Units from April 8-12, 2019, at the Indian Army training facility at Babina in Uttar Pradesh. Air Forces of both countries will also exercise together later this year in India.

"India and Singapore share a strong and rapidly growing defence relation which is the key pillar of India Singapore strategic partnership based on deep mutual trust and goodwill and shared interest in rules-based order, maritime security and an open, inclusive and peaceful Indo-Pacific region. Our defence relations include annual ministerial dialogue, Secretary level defence policy dialogue, Staff talks between the three wings of the armed forces, mutual logistics support, regular exercises and exchange of ship visits," the statement added. 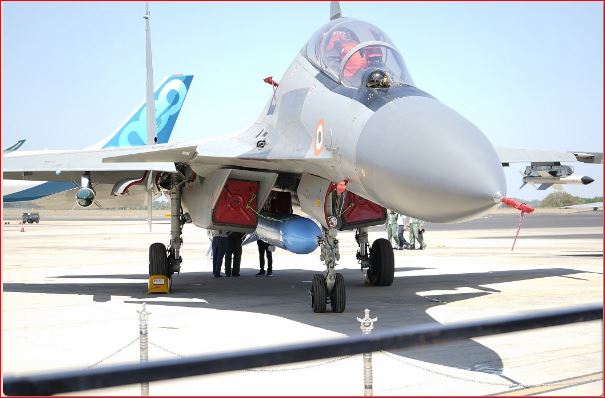 On November 22, 2017, IAF created a history of sorts by successfully firing the BrahMos air version anti-ship missile from its frontline Su-30 MKI fighter aircraft off the Eastern Coast. The launch from the aircraft was smooth and the missile followed the desired trajectory before directly hitting the ship target.

The crew successfully tested the 2.5-ton supersonic cruise missile with a range of 400 km plus. The IAF is the first Air Force in the world to have successfully fired an air-launched 2.8 Mach surface attack missile of this category. The integration BrahMos on the aircraft is a very complex process involving mechanical, electrical and software modifications on aircraft.

The BrahMos missile provides Indian Air Force with a much-desired capability to strike from large stand-off ranges on any target be in sea or land with pinpoint accuracy by day or night and in all weather conditions. The capability of the missile coupled with the superlative performance of the Su-30 aircraft gives the IAF a strategic reach and allows it to dominate the ocean and the battlefields.