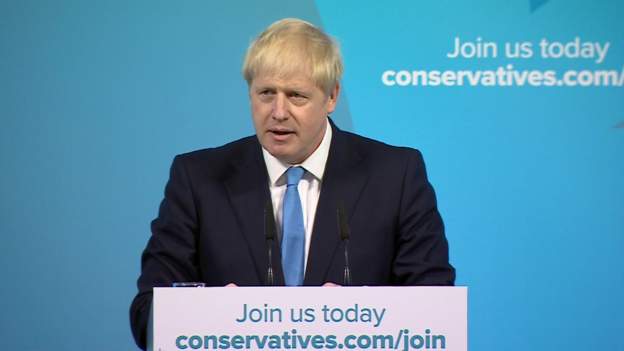 Johnson's letter stated that the UK government was monitoring the situation in Kashmir closely and there has been regular contact with both the Indian and Pakistani governments. Photo courtesy: BBC

In a letter replying to a query by Conservative MP Bob Blackman who has spoken in favour of the revocation of Article 370 in Kashmir, Johnson said both India and Pakistan are important partners for Britain.

He said his government has been in touch with both nations over Kashmir, and that he has spoken to both Indian Prime Minister Narendra Modi and his Pakistan counterpart Imran Khan on the issue.

The letter added that the UK government was monitoring the situation in Kashmir closely and there has been regular contact with both the Indian and Pakistani governments.

Blackman in his letter to 10 Downing Street, the official residence of the British PM, had condemned the Labour Party for reacting to India's "internal matter".

Blackman had said that the revocation of Article 370, which gave special status to Jammu and Kashmir, and the bifurcation of the state into Union Territories for better governance, were "internal matters" for India, which is a "long-standing friend and ally" of Britain.

He had written that PM Modi's democratically elected government "is perfectly entitled to implement its own election manifesto, which explicitly proposed these constitutional changes to Articles 370 and 35A. Labour MPs should not be so surprised if an elected government keeps its promises."