Taking up the law at a time when it was not preferred for women in India, Pavani Reddy went to UK and soon after earning her degree, started working with Zaiwalla & Co, and the rest, as they say, is history. The daughter of an army officer who wasn’t sure about her career options between MBA and Chartered Accountancy is now one of the leading women in the legal sector. 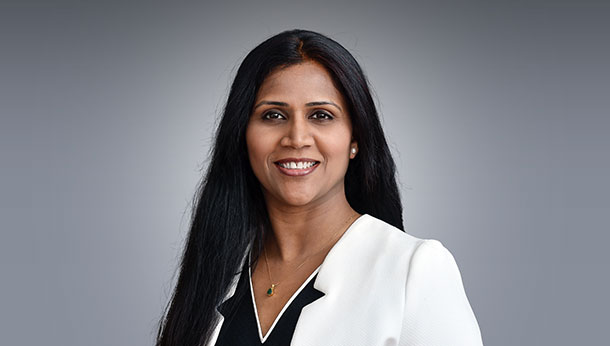 Born in Hyderabad and a graduate of Delhi University, Pavani Reddy, the Managing Partner of Zaiwalla & Co, a London-based law firm, specialises in large complex and high volume commercial disputes and International sanctions. Her list of clients includes some Fortune 500 companies. She handles high-value commercial cases in the London High Court, Court of Appeal and the Supreme Court of England and Wales and European Courts, she told Connected to India (CtoI).

CtoI: Please tell us about your journey from India to the UK.
Pavani Reddy: I was born in Hyderabad, but lived in various parts of India. My father was an army officer, so we used to move around a lot in India. This made me very adaptable to various circumstances. When I was studying for my Bachelors in Delhi, I started working part time at a big law firm, Orr Dignam & Company, where I developed an interest in law. However, like any youngster, I was still confused about my career choice between pursuing law, chartered accountancy and an MBA.

Studying law was not a lucrative option for women back then, especially as the profession was one of the least preferred options for women. It was due to the unrelenting support of my family which gave me the confidence to pursue Law. After completing my degree back home, I moved to the UK and soon after started working with Zaiwalla & Co.

Zaiwalla & Co was my big break, and its founder, Sarosh Zaiwalla has been such a wonderful mentor to me. He always believes in giving the opportunity to youngsters and motivates them, which really helped me in developing my career. I have been working with the firm for more than a decade, starting as an intern and going on to become a Partner in the firm in 2005, and now I am the Managing Partner with Zaiwalla & Co. It would not have been possible to reach this stage had it not been for Zaiwalla’s encouragement, by providing me with an opportunity to prove myself. I have been greatly influenced by him and his work ethic, his dedication and his knowledge of the intricacies of the legal profession. Sarosh has blazed a trail by being the first Asian to set up a law firm in f London. 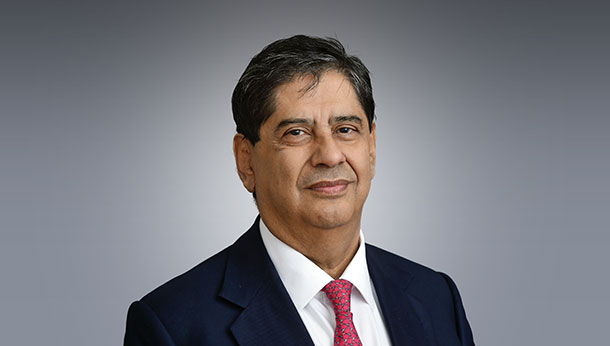 CtoI: How has been your experience working in the UK?
Pavani Reddy: When I moved to the UK, I witnessed what the phrase dignity of labour really meant. I was treated with a lot of respect and I felt accepted very quickly and loved the work culture instantly. Sarosh Zaiwalla has been the guiding force and my mentor through this journey. Practicing law in London has provided me with a chance to work on international cases, and it has been an enriching experience so far. I have had the opportunity to add my name to some of the challenging and widely covered legal cases, which has been a great learning experience professionally and personally.

CtoI: How is UK different from India in terms of litigation?
Pavani Reddy: Though we operate on a similar legal structure, the procedural rules in UK Judicial system are very different to India. The UK courts follow very strict procedural rules which enable matters to be adjudicated efficiently. The principle of fairness requires that all cases must be dealt justly, expeditiously and fairly. The starting point for all courts is that they should be reluctant to adjourn a hearing unless there is a good reason. It would be against the overriding objective to adjourn trials given the expense and time that would be wasted.

People and corporations across nations choose UK as their preferred jurisdiction because, over the years, they have seen that UK courts provide justice impartially and expeditiously.

The Indian legal system is currently being criticised internationally for slow decision making and a backlog of cases. Adjournment of court cases needs to be discouraged. India needs to address this as a priority and bring efficiency in resolving disputes. The current government is taking positive steps for legal sector in India which is great for our legal sector. We want India to be a global legal hub.

Congratulations to Pavani Reddy of @Zaiwalla who has been shortlisted for the Woman Lawyer of the Year award at the @TheLawSociety awards: pic.twitter.com/9qSNsuJNbe

CtoI: You were awarded the Gold Award for Woman of the Year in 2010 and the Glory of Indian Award for outstanding performance in 2012. How does that feel to get awarded in a new country?
Pavani Reddy: It is always a wonderful feeling to get recognised for your work, and it motivates me to push myself forward. It has been a special journey so far, and I have many miles more to go which I look forward to with the same level of enthusiasm. 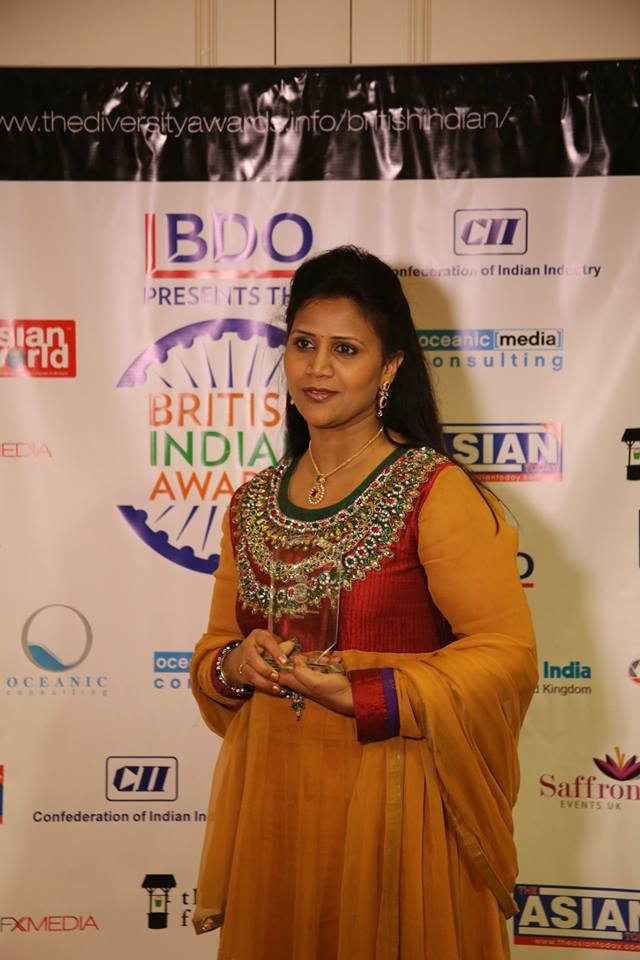 CtoI: India is creating the Aadhaar card as a universal ID card, a concept which failed in the UK. What are your views on the issue, especially the civil liberties and legal aspects?
Pavani Reddy: Aadhar card (12-digit identification card) which is now recognised as an identity proof by government authorities and banks, in my view; will have many benefits in the longer run. It will make certain things very simple and easy like opening a bank account and could prove to be an important tool in availing government and semi-government services including pensions etc. However, one needs to bear in mind the risk of security and mishandling of personal data especially if it is going to be used for banking transactions which could lead to misuse if the data ends up in the wrong hands.

The government has therefore introduced the Aadhaar Bill 2016 under which the government has tried to assure the privacy of the information. The Act provides for penalties and punishment if anyone tries to tamper with the data. The government has also taken measures to protect and secure the information of the citizens. Now that the process has started one has to see how it will develop and evolve. The Supreme Court’s further verdict on India’s privacy affirms this.

CtoI: As an Indian working in Britain, have you experienced any anti-foreign sentiment?
Pavani Reddy: Personally speaking, I haven’t come across any bias myself. The UK has been very warm and welcoming, and London as a city is a melting pot of people and cultures from across the world. Living in the 21st century under a globalised world has opened the level of acceptance and tolerance for diversity.

CtoI: What challenges do female entrepreneurs/business leaders face, and do you have any words of wisdom for them?
Pavani Reddy: It is a known secret that certain amount of sexist bias is prevalent in the business world across the globe, although it is of variable digresses depending on the place you are at. Personally, I have felt equal among my peers, thanks to the incredible work culture at Zaiwalla & Co, but speaking for the larger female entrepreneurs and business leaders, we are yet to formulate basic societal understanding and acceptance of equal pay for equal work and providing equal opportunities. As a feminist myself, I believe it should all boil down to individual capabilities and not gender as the defining factor.

Personally, I didn’t face many obstacles. In the beginning, clients would first think that because I am a woman that I would be too ‘naïve’ to handle their cases, but once they saw my work product, they wouldn’t question me. That being said, equality is always a work in progress.

I would encourage everyone to dream and to pursue their dream with determination. I believe in the motto that when the going gets tough, the tough get going.

Ahead of #GST, @Zaiwalla’s managing partner Pavani Reddy explains how it unifies #India’s market like the #EU. https://t.co/Z2KZdn6I6g pic.twitter.com/4syoTza6vY

CtoI: What are your views on the changing perceptions for young businesswomen internationally?
Pavani Reddy: Coming from my personal experience, women are not being restricted to walled career choices anymore. Even in my case, my parents were very supportive of my academic and career decisions, giving me the flexibility to pursue law. At this age and time, India has developed and matured culturally to bring about a support base for women. This spawns a degree of creativity and provides confidence and freedom for business women to make bold career choices. The West has already progressed further compared to India, but even India is catching up. I definitely see this trend continuing.