Following talks between US President Donald Trump and Indian Prime Minister Narendra Modi, India has lifted a ban on some drug exports, including the experimental COVID-19 treatment hydroxychloroquine. 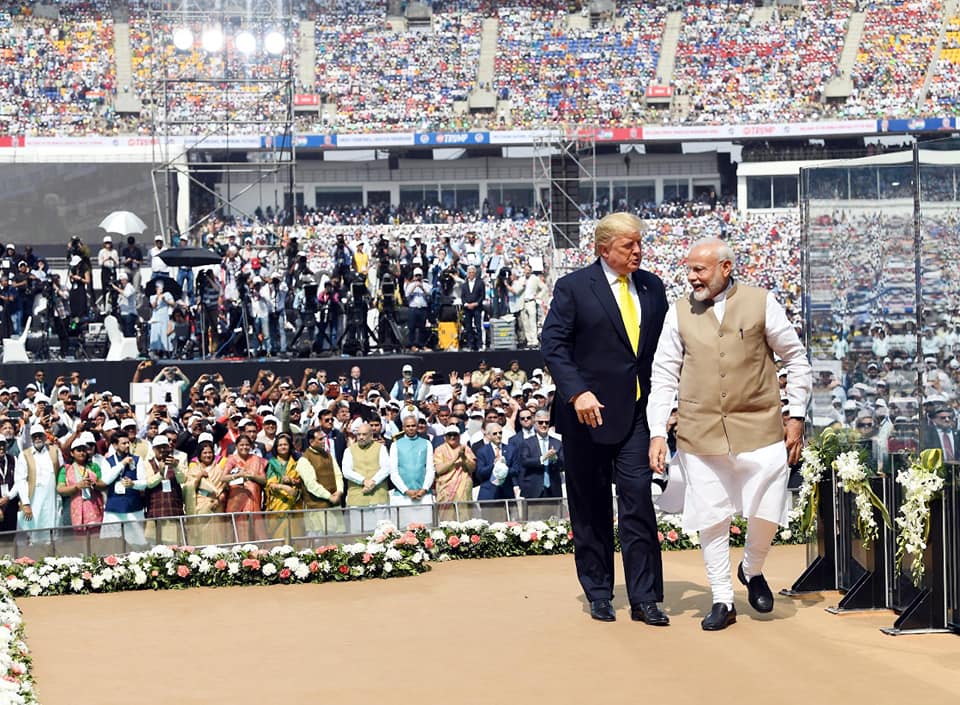 The US President had visited India recently in February for the 'Namaste, Trump' event. Photo courtesy: Facebook/Narendra Modi

Trump spoke to Modi in a phone conversation, during which the US President said that he would be surprised if New Delhi did not relent on his request considering India’s good relations with the US. The US President had visited India recently in February for the 'Namaste, Trump' event.

"I spoke to him Sunday morning, called him, and I said, 'We'd appreciate your allowing our supply to come out.' If he doesn't allow it to come out, that would be okay, but of course, there may be retaliation. Why wouldn't there be? I would be surprised if he would, you know, because India does very well with the United States," Trump said.

Many countries, including the US, are using hydroxychloroquine as an experimental treatment for COVID-19 patients.

India, dubbed the pharmacy of the world, banned exports on April 4 as countries globally stockpiled the anti-malarial drug developed nearly a century ago.

Last week, Trump urged Modi to lift the ban on the export of hydroxychloroquine and provide the US with a supply of tablets that it had previously ordered.

India’s foreign ministry said it would lift the ban on the export of hydroxychloroquine as a gesture of solidarity.

"In view of the humanitarian aspects of the pandemic, it has been decided that India would license paracetamol and HCQ [hydroxychloroquine] in appropriate quantities to all our neighbouring countries who are dependent on our capabilities," India's External Affairs Ministry spokesperson Anurag Srivastava said.

"We will also be supplying these essential drugs to some nations who have been particularly badly affected by the pandemic. We would therefore discourage any speculation in this regard or any attempts to politicise the matter," he said in a statement.

Srivastava said there were adequate stocks of medicines in India, which has been under lockdown since March 25 to prevent the spread of the coronavirus.

The number of COVID-19 cases in the US has spiked sharply in the last few days with 14,600 deaths. The country also has the highest number of infections in the world, with more than 428,000 cases.