India level series against Bangladesh with win in 2nd T20I 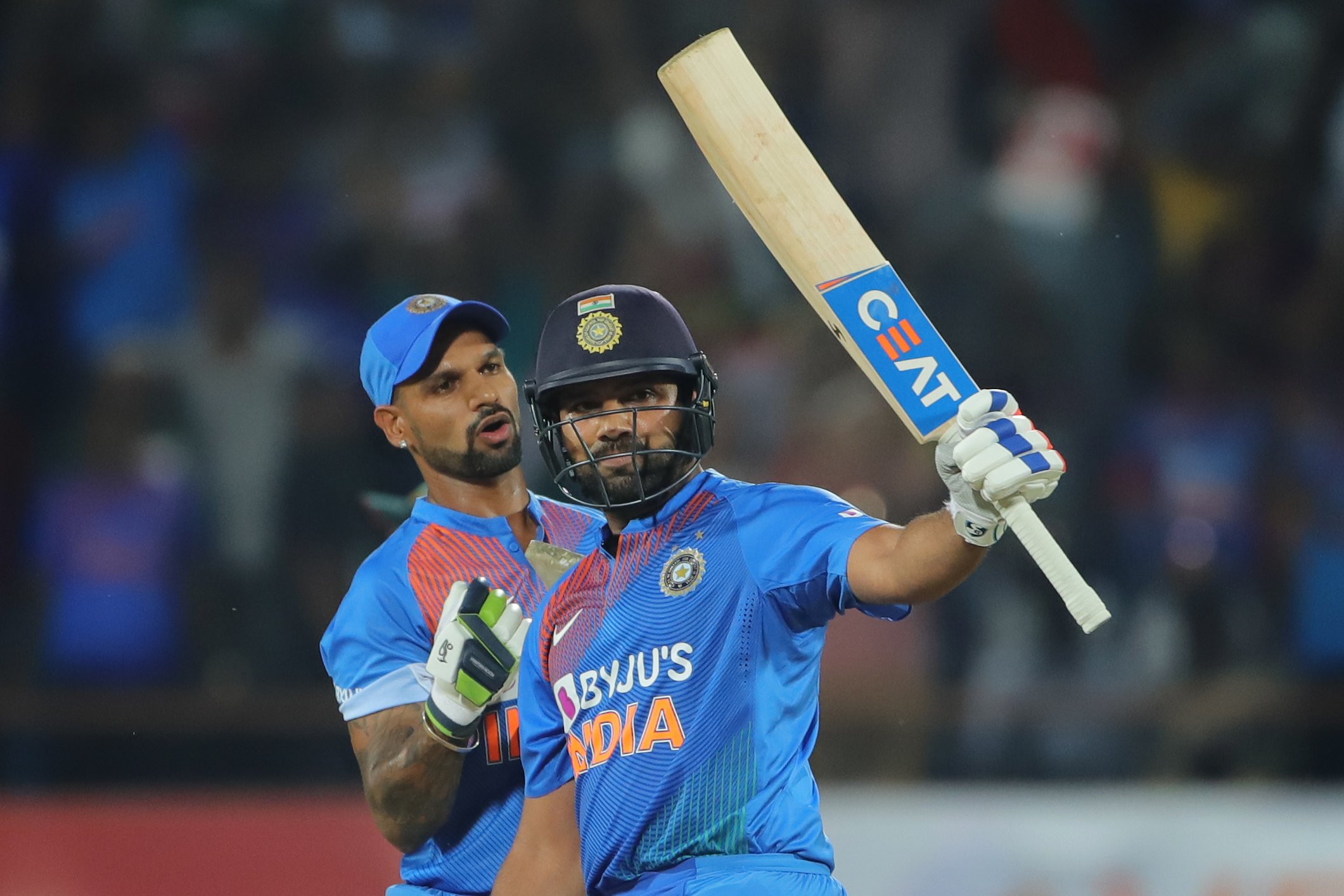 India levelled the 3 match series against Bangladesh with an 8-wicket win in the 2nd T20I in Rajkot on Thursday.

Stand-in skipper Rohit Sharma won the toss and put Bangladesh in to bat. The visitors made the most of the powerplay, amassing 54 runs without losing a wicket. The Indian bowlers were unable to contain openers Liton Das and Mohammad Naim, until Das was run out in the eight over for 29 off 21 balls.

Naim went soon after, dismissed by Washington Sundar for 36 off 31 balls.

Mushfiqur Rahim didn’t contribute much, out for 4 runs leaving Bangladesh at 97/3 in the thirteenth over.

Finally, Chahal picks up his 1st wicket of the game.

Mushfiqur goes for the sweep shot, but doesn't get enough air on it. Krunal Pandya makes no mistakes this time.

Soumya Sarkar scored a quickfire 30 off 20 balls before his innings was halted by Yuzvendra Chahal. Another quick 30 off 21 balls by Mahmadullah meant that despite the other Bangladesh batsmen failing, the visitors were able to reach 153/6 in their 20 overs.

Double strike in an over for @yuzi_chahal. Sarkar and Mushfiqur depart.

Khaleel Ahmed was India’s most expensive bowler - is four overs going for 44 runs. Chahal finished with 2/28 in his four.

Two for Chahal as Bangladesh post a total of 153/6 on the board. Will #TeamIndia chase this down?

India’s chase began brightly and they never really faltered in their innings. Playing his 100th T20I, Rohit Sharma, who is in tremendous form coming off three centuries in three Tests against South Africa, carried the momentum into this game as well.

The Hitman's having a great time out there in his 100th T20I.

Brings up a brilliant FIFTY off 23 deliveries 👏👏 pic.twitter.com/dRkdgOZE2U

A smashing 43-ball 85 by the skipper, ably assisted by Shikhar Dhawan’s 31 off 27 balls, meant that India stayed in control throughout their innings. This was Rohit’s  third-quickest T20 innings of 50 or more.

6,6,6 - Rohit Sharma goes Berserk!@ImRo45 turning up the heat with a hat-trick of sixes. Treat to the eyes when he gets going!

Dhawan was the first Indian wicket to fall, bowled by Aminul Islam - India at 118/1.

Rohit’s charge was eventually also halted by Islam, but by then India were just a handful of runs away from victory.

It was a HITMAN show in Rajkot as #TeamIndia win by 8 wickets in the 2nd T20I and level the three match series 1-1.#INDvBAN pic.twitter.com/iKqnflKpFp

India’s victory makes the third T20I in Nagpur on November 10 the series decider.