India is now a literary destination, says Indian Ambassador to US Navtej Sarna

Indian Ambassador to the United States Navtej Sarna participated in two sessions at the third-annual ZEE JLF at Boulder at the Main Boulder Public Library on September 15 and 16. 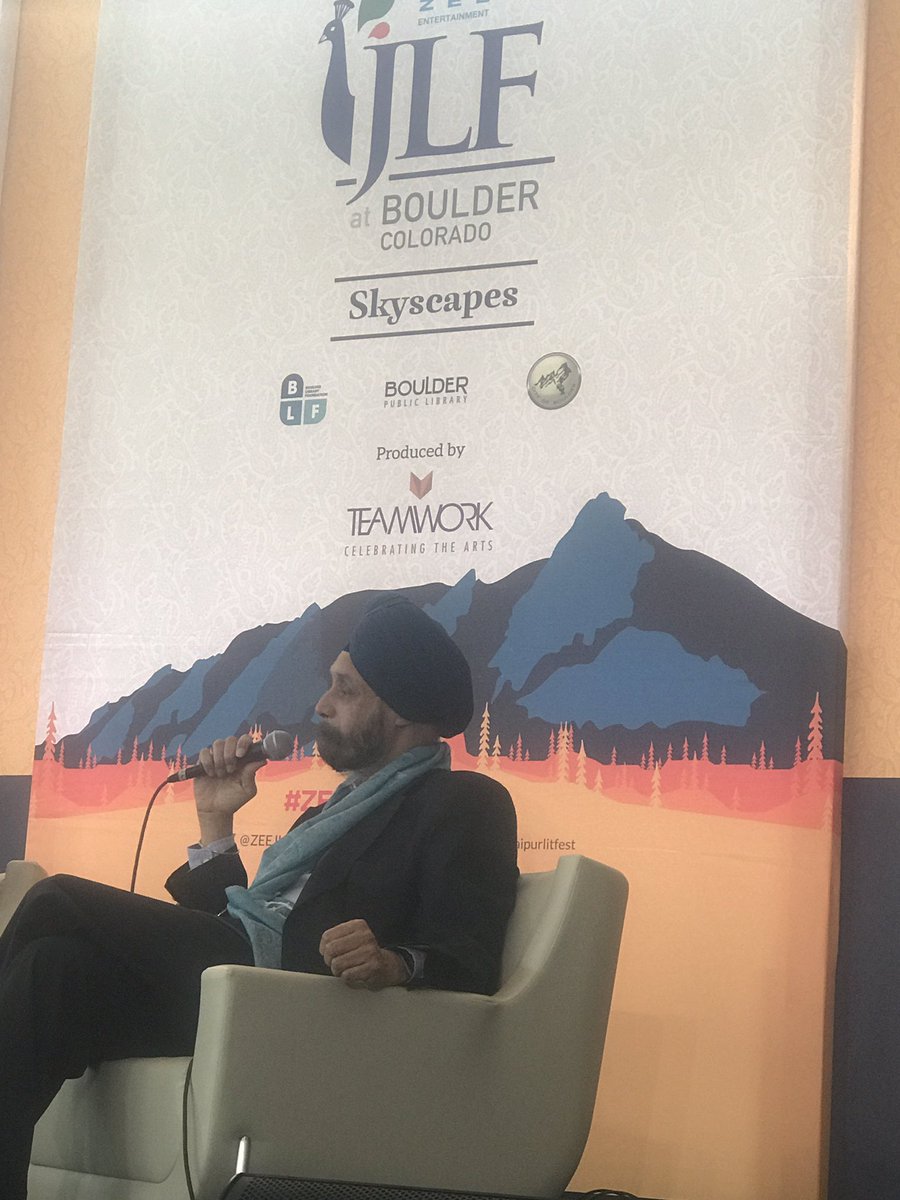 While extolling the benefits of the growing interest in literature given, he said, “This is India’s 70th year of independence. We have come a long way. Where we once had few writers, we now have many and the journey of our literature’s outreach to the world is one of the most significant aspects of this journey as Indian writing has now been brought to the world. India is now a literary destination and a leading destination and the ZEE Jaipur Literature Festival has led this growth.”

Sarna participated in the inaugural session Freedom to Dream, which is also the theme of the 2017 ZEE Jaipur Literature Festival in Boulder, Colorado. The session of the internationally-acclaimed literature festival opened with sacred chanting by Gaden Shartse Monks followed by inspiring remarks from festival directors and producers. Distinguished, contemporary authors from around the world gather at ZEE JLF at Boulder to engage in provocative dialogue about complex and diverse topics including migrating, poets, American dreams, globalism, nationalism, climate control, feminism, ancestral cultures and more.

Sarna also participated in the session The Untrod Path: Writing Travel. Five panelists spoke of their very different approaches to recording and shared their journeys with Irene Vilar.

“Descriptions of the peaceful and lavender filled gardens of the 800-year-old Indian hospice in Jerusalem moved me to a much deeper understanding of this land and the people who call it holy.” said Sarna in his exploration of his own father’s story... a simple story, [his] father, his father, and the Indian hospice, adding that “the barbed wire was rolled up many years ago but the virtual barrier between east and west Jerusalem still remains.”

His final session was entitled Second Thoughts: A Writer and a Diplomat. In conversation with John Elliott, Sarna discussed his life, travels and writing, including his acclaimed books on subjects as varied as romance, religion and history.

“Sikh history is a young religion, just 500 years old. But it is replete with dramatic events in this period: a lot of the martial aspect, a lot of sacrifices, a lot of battles. All that together is a huge area waiting to be written about,” said Sarna.

“I think all writers are romantics because you’re wishing for a better world, having a nostalgia for a lost world. I think these are aspects of being romantic.”

His Excellency Navtej Sarna is the author of the novels The Exile and We Weren’t Lovers Like That, the short story collection Winter Evenings, and non-fiction works including Indians at Herod’s Gate, Second Thoughts, and The Book of Nanak. His translation works are Zafarnama and Savage Harvest. Sarna has served as High Commissioner to the United Kingdom, Ambassador to Israel, Secretary at India’s Foreign Office, and also as its longest-serving spokesperson.