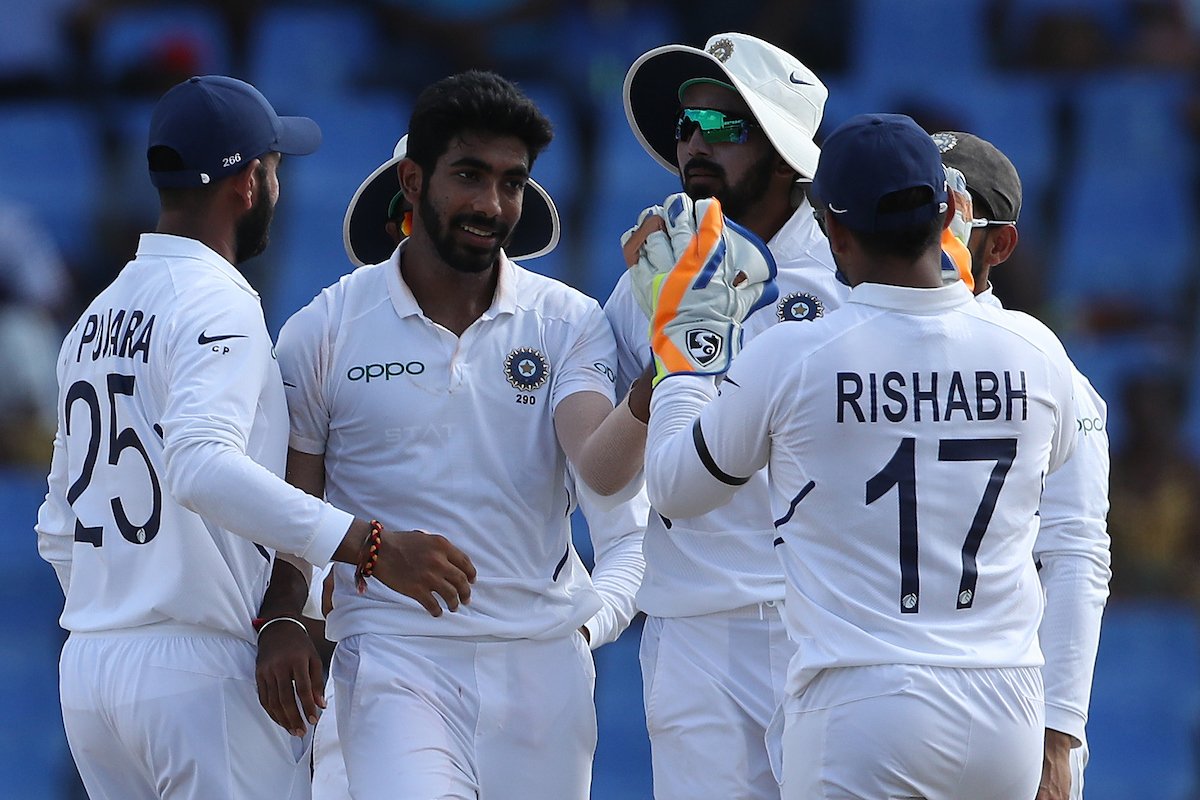 The West Indies were no match for a rampant Indian side which wrapped up the first test in Antigua with a dominant 318-run win after dismissing the Windies for a mere 100 in their second innings. This is India’s biggest overseas win in terms of runs.

India began Day 4 with a 260-run lead with half centurions Virat Kohli and Ajinkya Rahane at the crease. Kohli fell in the second over of the day, out for 51.

Rahane and Hanuma Vihari then took on the mantle to pile on the misery for the West Indian bowlers. Building a patient innings, Rahane continued on from his 81 in the first innings, to score his first Test ton since August 2017.

Rahane’s tenth Test century had been some time coming and the relief showed on his face.

He was however dismissed soon after, gone for 102 off 242 balls and it was left to Vihari to take charge. As the young batsman inched towards his century, Kohli held off the innings declaration to give him time to get to his ton.

However, it was not to be as Vihari fell for a well-made 93 off 128 balls while trying to pull Jason Holder.

India declared their innings at 343 for 7, setting the West Indies a target of 419 to win.

Jasprit Bumrah came out all guns blazing and the West Indies batsmen began falling like dominoes.

By the eight over, the Windies were tottering at 15 for 5, Bumrah the wrecker-in-chief, assisted by Ishant Sharma.

How good was that session for #TeamIndia - 3 wickets for Bumrah & 2 for Ishant - WI 15/5 at Tea #WIvIND pic.twitter.com/LZEPsAKfgi

Roston Chase, Kemar Roach and Miguel Cummins were the only three to reach double digits for the Men in Maroon as the West Indies were skittled out for 100 in just 26.5 overs, handing India a comprehensive 318 run win.

Bumrah ended with figures of 5 for 7 in eight overs, becoming the first bowler from Asia to take five-wicket hauls in Australia, England, South Africa and the West Indies, in only his 11th Test.

Terrific victory for #TeamIndia as they take a 1-0 lead in the series 🇮🇳🇮🇳 #WIvsIND pic.twitter.com/rbZcLhA0hf

India now have an unbeatable 1-0 lead in the 2-Test series and 60 points in their inaugural World Test Championship match.