The controversy surrounding British Labour MP Debbie Abrahams took a new turn on Tuesday with the Indian High Commission in London stating that the MP did not have a valid visa when she landed in New Delhi, even as the Labour MP on her Twitter page posted a copy of the printed e-visa she was reportedly issued. 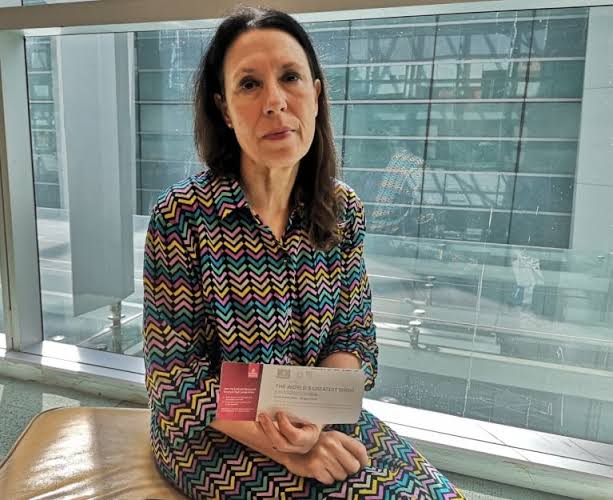 Abrahams has said she was travelling on a valid e-visa to India to visit family and friends but her visa was revoked without explanation. Photo courtesy: Twitter/@Debbie_abrahams

Abrahams who, as chairman of the UK Parliament’s All Party Parliamentary Group for Kashmir, has expressed her criticism of India's move to withdraw Jammu and Kashmir's special status, on Monday said she was denied entry to India after she landed in New Delhi and was deported to Dubai.

An Indian Home Ministry spokesperson in New Delhi had said the British parliamentarian had been duly informed that her visa was cancelled and she arrived in Delhi despite knowing this, a statement which was backed by the High Commission in London on Twitter.

Mission has confirmed from the Indian immigration authorities that Ms Debbie Abrahams did not hold a valid visa. Further, there is no provision for visa on arrival for UK nationals. She was accordingly requested to return.

Abrahams has said she was travelling on a valid e-visa to India to visit family and friends but her visa was revoked without explanation.

This is the e-visa I was issued with by the Indian authorities. pic.twitter.com/QLwJhwFz3d

Her office in the UK confirmed that she was put on a plane to Dubai, which is where she flew into Delhi from earlier on Monday.

“We are in contact with the Indian authorities to understand why Deborah Abrahams MP was denied entry to India. We provided consular assistance to her whilst she was in New Delhi Airport,” said a British High Commission spokesperson in New Delhi.

Abrahams' e-visa was reportedly issued last October, and was valid until October 2020.

Recounting her experience at Delhi's Indira Gandhi International Airport, Abrahams, MP for Oldham East and Saddleworth, said in a statement on Twitter that she was travelling to India on a personal visit and was informed at the immigration desk at the Delhi airport that her e-visa been cancelled.

In response to some of the comments I was planning to visit Indian family in Dehli accompanied by my Indian aide. I became a politician to promote social justice & human rights FOR ALL. I will continue to challenge my own Government & others while injustice & abuse is unchecked https://t.co/YvCOPDmfeB

"The official looked at his screen and started shaking his head. Then he told me my visa was rejected, took my passport and disappeared for about 10 minutes,” she stated.

Reacting to Abrahams' deportation, Congress MP Shashi Tharoor asked why the government was scared of critics if it claimed the situation in Kashmir was normal.

If things are fine in #Kashmir, shouldn't the Govt encourage critics to witness the situation themselves to put their fears to rest? Instead of conducting tours for pliant MEPs &polite Ambassadors alone, surely the head of a ParliamentaryGroup on the subject is worth cultivating? https://t.co/vMtcAXCDb9

i find it ironic that some of the same people who applauded me for going to Britain as an Indian MP& telling them off about their colonial misbehaviour, are attacking me for wanting India to grant a British MP the same privilege! If we can dish it out, we shld be able to take it.

Abrahams was among a group of MPs who issued formal letters following the revocation of Jammu and Kashmir's special status under Article 370 in August last year.