India have entered their first ever women's ICC Twenty20 World Cup final after rain prevented any play in the semifinal against England.

For the first time in their history, India have qualified for the Women's #T20WorldCup final 🇮🇳 pic.twitter.com/88DHzqTbnK

Amid calls for ICC to amend its tournament rules and have reserve days for semis as well, Harmanpreet Kaur’s team entered the final by virtue of being higher ranked in the group stage.

The #INDvENG semifinal is called off due to rain. #TeamIndia 🇮🇳🇮🇳 make it to their maiden #T20WorldCup final. pic.twitter.com/y4rfDWjzFi

India have been performing exceedingly well in the tournament as the only unbeaten team through the group stage with wins against Australia, Bangladesh, New Zealand and Sri Lanka. 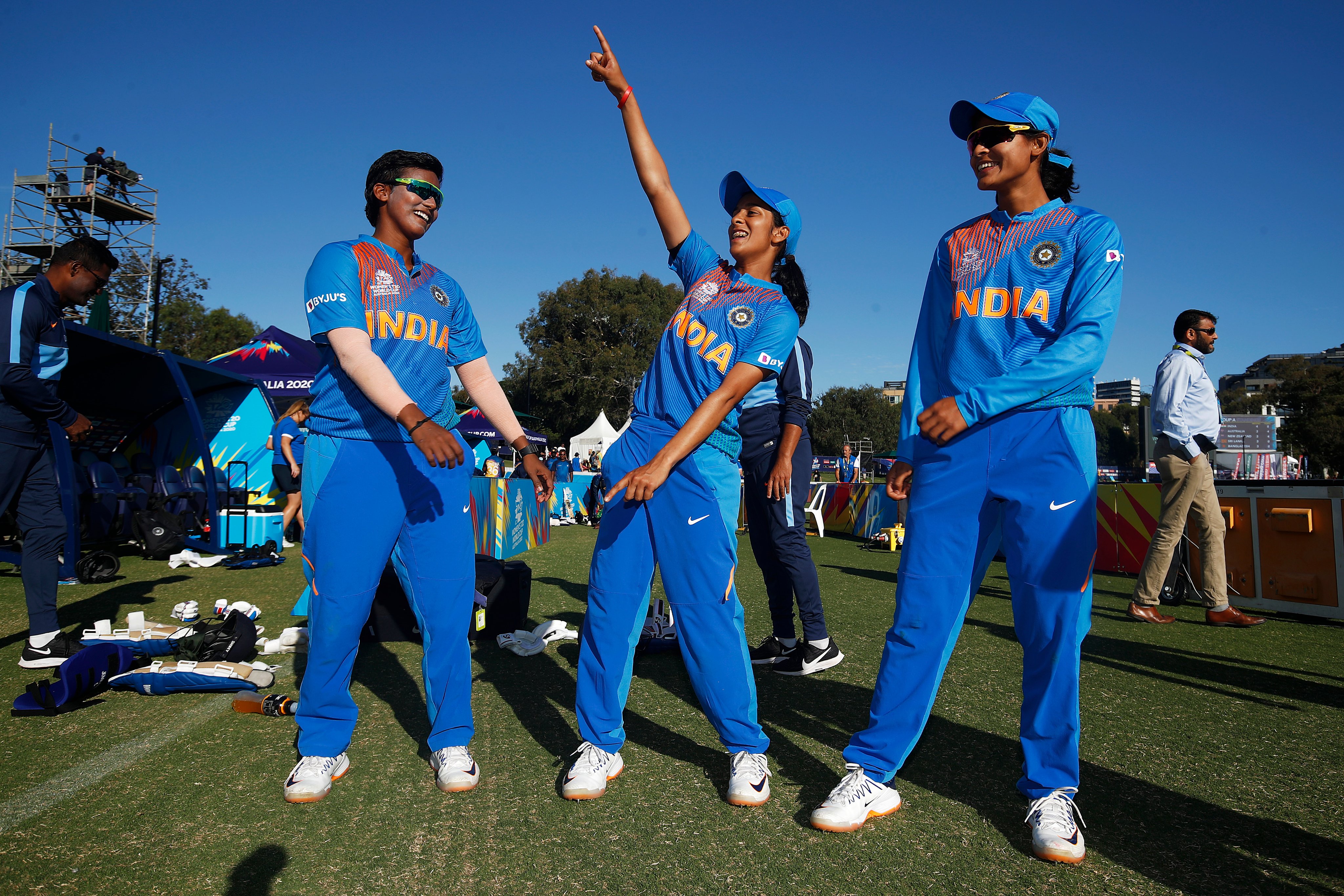 India were the only unbeaten team in the group stage of the women's ICC Twenty20 World Cup. Photo courtesy: Twitter/@BCCIWomen

Virat Kohli tweeted a congratulatory message for the Indian women, saying he was “proud” of their achievement.

Congratulations to the Indian Women's team on qualifying for the @T20WorldCup final. We are proud of you girls and wish you all the luck for the finals. 🇮🇳👏 @BCCIWomen

The entire Indian team has been stellar in the tournament so far with the shining star being 16 year old batting prodigy Shafali Verma who topped the ICC T20 batting rankings earlier this week. She is only the second Indian after Mithali Raj to reach number one.

Ranked four in the world, India had made three semi-finals before this year and lost every time, including against England at the last World Cup.

A heartbreaking way to go out. We are so proud of this team 🏴󠁧󠁢󠁥󠁮󠁧󠁿❤️ #WeAreEngland #T20WorldCup pic.twitter.com/Ks6qdv5BnO

Four-time champions and hosts Australia are scheduled to take on South Africa later today in the second semi-final with the final to be held on Sunday.