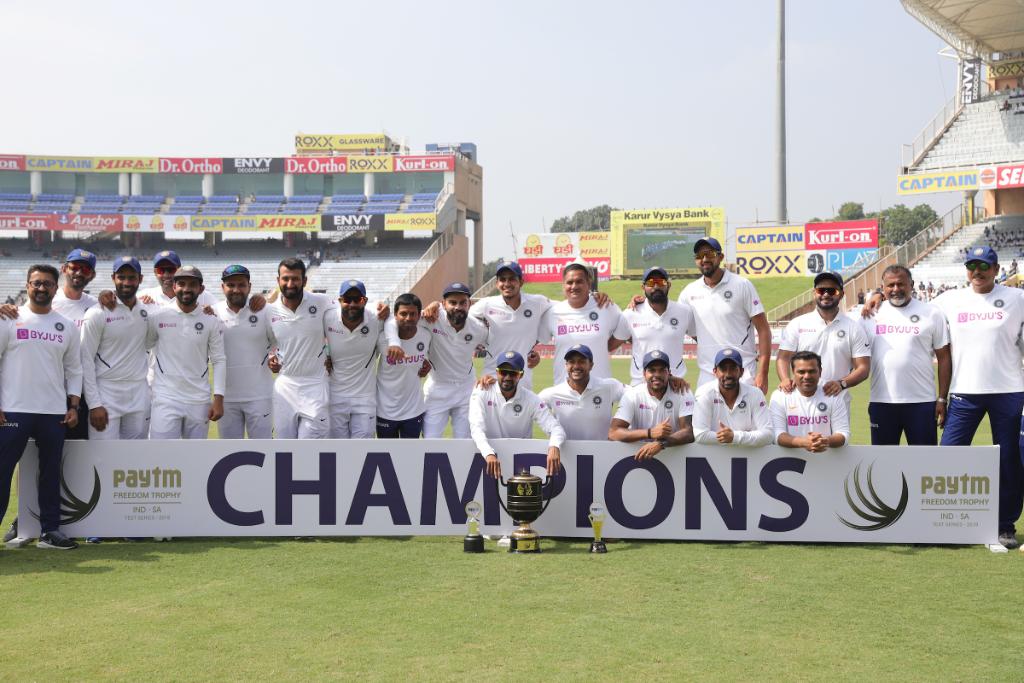 India beat South Africa by an innings and 202 runs in the third test to complete a 3-0 series whitewash. Photo courtesy: Twitter/@ICC

It took India just 15 minutes and 12 balls to wrap up yet another innings defeat of South Africa on the fourth morning of the third and final Test in Ranchi. The Proteas had two wickets in hand at the start of the day and it was only a matter of time before India completed proceedings.

Debutant Shahbaz Nadeem took the last two wickets in two balls to dismiss South Africa for 133 - their lowest total in the series - handing India an innings and 202 runs win.

South Africa once again had no answer to the Indian batting or bowling, as has been the case the entire series. India declared their first innings at 497/9 - a total that saw a double century by man of the match and man of the series Rohit Sharma (212 off 255 balls) and a century by Ajinkya Rahane (115 off 192 balls). 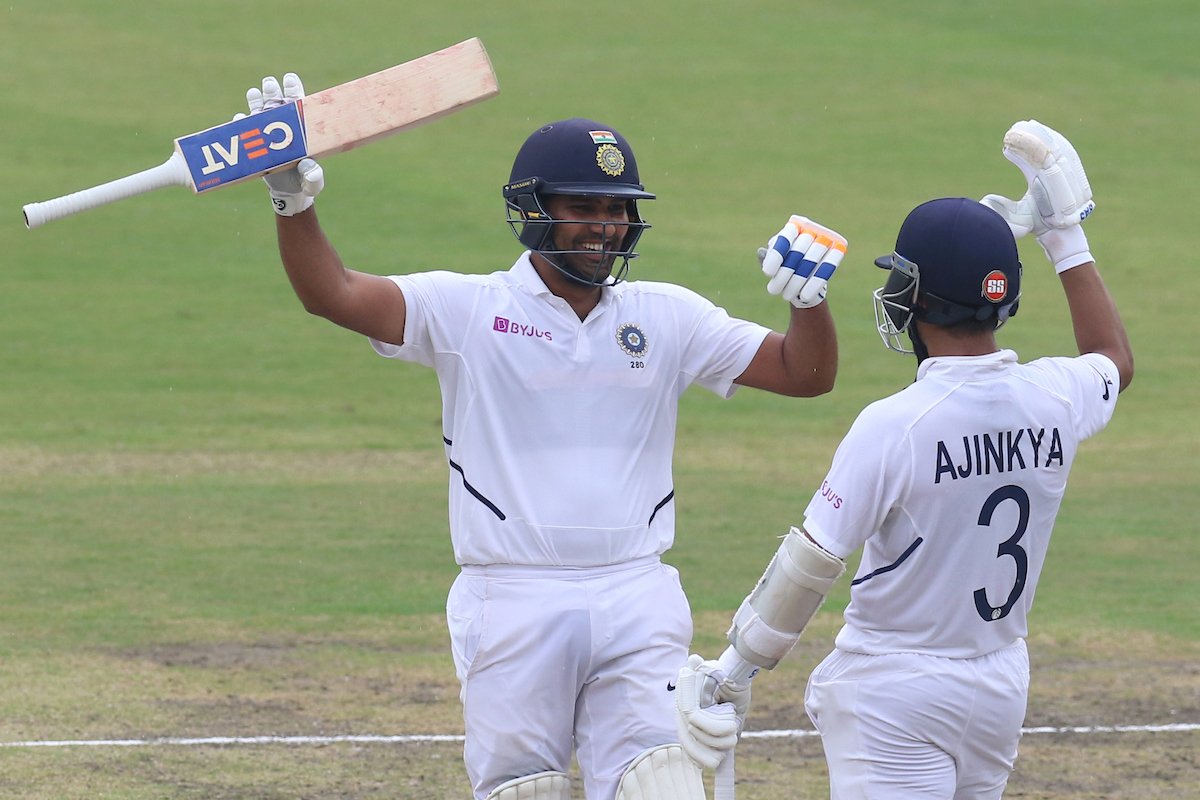 South Africa’s batsmen failed to provide any resistance at all and they crumbled to a first innings collapse of 162 all out. Virat Kohli enforced the follow-on and by stumps on the third day, India needed just 2 wickets to wrap up a 3-0 series whitewash, which they did with the first 15 minutes on the fourth day.

A historic win for India as they record their first Test series sweep against South Africa. 👏#INDvSA pic.twitter.com/i6RpdLjbmT

"Even not with much experience, we believe we can win anywhere in the world. We can win anywhere - England, Australia, South Africa, good things are going to follow," said Kohli after the match. "Really proud of the whole team. Even when we travelled away from home, we competed in every game, we wanted to win and do the difficult things. It all starts from the mind. It's amazing to see the mindset of the team, it's been a brilliant series for us. To be the best side in the world, you need to be multi-dimensional."

Great to see a true Indian legend in his den after a fantastic series win #Dhoni #TeamIndia #INDvsSA pic.twitter.com/P1XKR0iobZ

South Africa last lost consecutive Tests by an innings in 1935-36 against Australia. Meanwhile India have now won 12 Test series at home since losing to England in December 2012 (including two one-off Test wins at home). India are also at the top of the World Test Championship points table, having amassed all 120 available in this series.