India can grow at 8 per cent for next 20 years: UN expert

India can achieve an eight per cent growth rate for the next two decades by promoting investment and improving the living conditions of its people, a senior UN economic official has said. 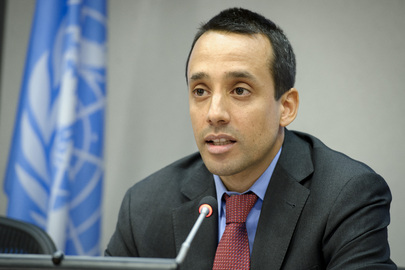 Describing India's economic condition as largely positive and "favourable to growth", Sebastian Vergara, an Economic Affairs Officer at the United Nations, said the country needs to unleash the next set of reforms to achieve its potential.

"It needs to think as to how to maintain and consolidate its growth for a very long period of time. India in our assessment has the potential to grow at eight per cent, not for a few years, but 20 years," Vergara told PTI.

"For that, India needs to come out with the next series of reforms, for example, promote investment and improve the living condition of its population," he said.

Despite the positive economic condition, Vergara said India's economic growth could be a little lower in comparison to some of the earlier forecasts.

The annual 'World Economic Situation Prospects' report, released last week, said the GDP growth for India in 2017 is projected to be 6.7 per cent.

"One of this is the growth of private consumption and sound macroeconomic policies. The monetary policy, which has been able to control inflation, also has a role to play," he said.

"Also fiscal policy in India, in our assessment has been prudent. At the same time, it has provided another quite support for the economic activity," Vergara said.

"This has been very important to promote growth in the short term and to encourage economic activity in the medium term," he said.

The series of regulatory reforms that has happened in the previous year and the current one has also helped India's cause, said the UN official who keeps a tab on India's economic health and development.

"Demonetisation clearly had an impact in early 2017. This resulted in a significant liquidity crunch, but was temporary," he said.

"As the year went on, measures were implemented, financial relief were introduced, steps like credit support for small enterprise to help contain the shock that this demonetisation policy created," he said, adding that demonetisation has benefited the banking sector and increased the tax base -- which will help the fiscal accounts.

"So, in the medium term, we think that this policy will help the Indian economy," Vergara said.

According to the top UN economic official, 2017 has been a year of major economic reforms in India, particularly in the banking sector.

"There has been deregulation and further liberalisation of the policies regarding foreign direct investment," he said.

Vergara said these reforms are helping the Indian economy to improve its efficiency and increase the medium-term prospects of its economy.

"In that sense these policy reforms are positive. Of course, we will see how these policies are implemented," he said.