The Indian Air Force (IAF) has begun airlifting oxygen containers from Singapore amid the acute oxygen shortage in India due to the sharp rise in COVID-19 cases. 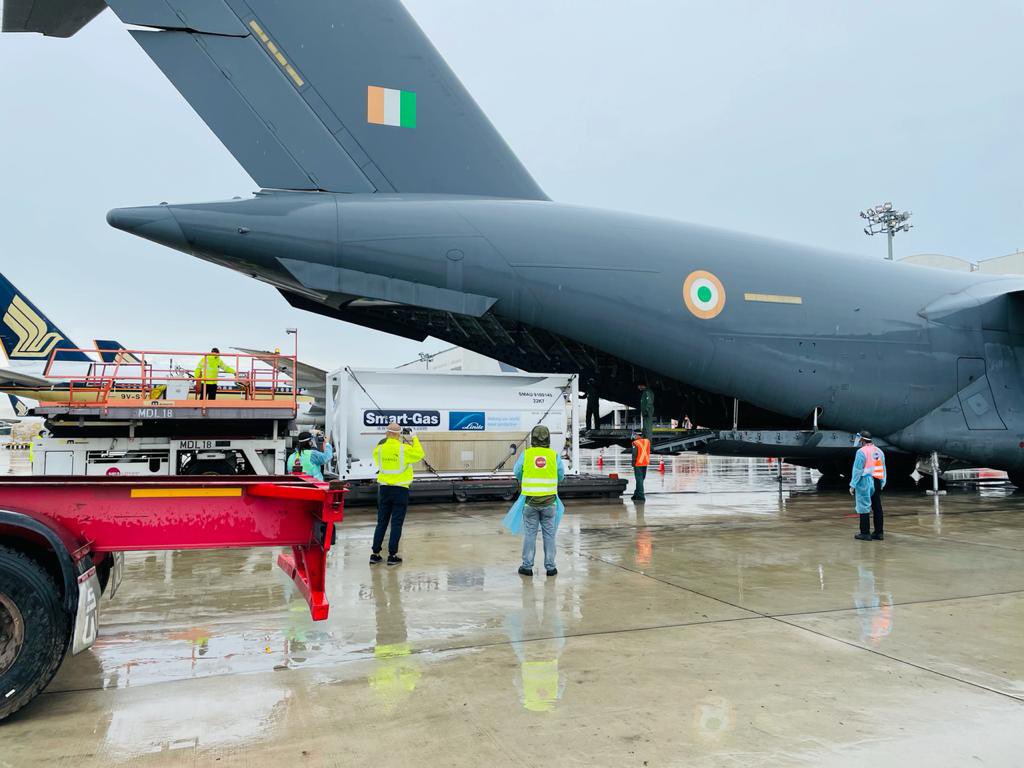 The C-17 aircraft got airborne at 2am from the Hindan Air Base and reached the Changi International Airport in Singapore at around 7.45am. Photo courtesy: Twitter/@IndiainSingapor

The first set of four containers will land in Panagarh later today evening. After getting refilled, they will be transported to different parts of the country.

Union defence minister Rajnath Singh reviewed the defence ministry's effort to deal with the present pandemic situation in the country.

Apart from Singapore, the Centre is also looking at lifting oxygen tankers from the UAE. Mobile oxygen generation plants are also being airlifted from Germany which will be used in Covid-19 hospitals being run by the Defence Ministry and in other military hospitals.