The inaugural British South Asian Youth Summit was hosted virtually by veteran Indian-origin British MP Virendra Sharma and concluded with a memorandum of understanding calling for the decolonisation of education in the United Kingdom to cover all aspects of history, including the realities of the British Empire. 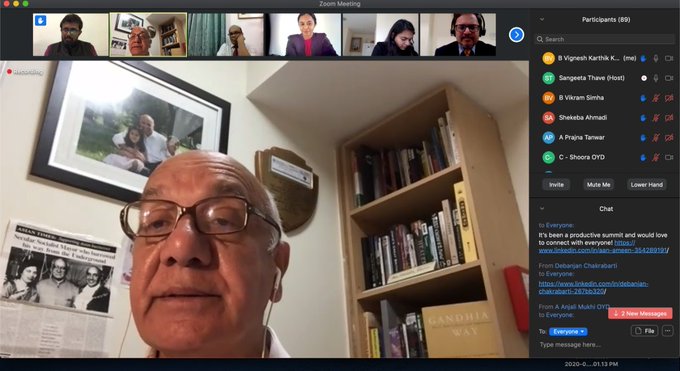 The summit, which concluded the South Asian Heritage Month in the UK last week, was supported by the Indian High Commission in London and the British Council.

"I was so impressed by the vigour, energy and dedication of the youth delegates and inspired by their drive to foster a more inclusive and progressive future relationship," Virendra Sharma said.

The event's aim was fostering cooperation and understanding between South Asia and Britain and included youth delegations from nine countries – Afghanistan, Bhutan, Bangladesh, Maldives, India, Pakistan and the UK.

Besides the need for a more rounded study of history in the UK, the pact agreed at the summit covered aspects such as strengthening democratic institutions, building a progressive, sustainable and inclusive economy, and championing diversity.

"Include all perspectives, particularly in history curricula. In Britain in particular, it is imperative that young Britons learn about all aspects of their history. Increase the teaching of the histories of the countries of South Asia in our own curricula. Prioritising decolonisation in order to expand the curriculum and improve both teaching and course content," read the Memorandum of Understanding (MoU).

“The United Kingdom has an opportunity to offer precedent for South Asian countries to foster inclusive traditions in their policy space and corporate realm," it added.

“The Black Lives movement has reignited the need to become anti-racist. That starts with what we teach in our history curricula. We call upon the British government to include greater and balanced teaching of the role played by the British Empire in India, and all over the world,” said Arora.

The Indian High Commissioner to the UK, Gaitri Issar Kumar, called on youth from India and the UK to work together for a bright new era in India-UK relations.

It was an absolute pleasure to host over 110 Youth Delegates from South Asia and the UK at the inaugural #BSAYS2020 today. Thank you to HE Ms. Gaitri I Kumar @HCI_London, Professor. Gamini Keerawella of @RCSSwire @GPPAC and Dr. Debanjan Chakrabartiof @inBritish for your support. pic.twitter.com/SLb6zWcz31

“Bound by shared values and aspirations, our youth can work together to bring innovative, affordable and accessible solutions to global challenges. They are a key factor in the unique living bridge between India and the UK and we look forward to their participation and valuable contribution for the prosperity of our people and a better world," said the envoy.

Debanjan Chakrabarti, the Director British Council, East and NE India, was one of the speakers at the event.

"It is a great privilege for the British Council to support the inaugural online British South Asian Summit," he said.