This Holi, gear up for the Akshay Kumar starrer Kesari, a biopic featuring one of Indian soldiers’ most heroic last stands at the Battle of Saragarhi. The movie is slated to hit the screens on March 21.

Akshay takes on the role of Havildar Ishar Singh, the commander of the 36th Sikh Regiment detachment of the British Indian Army involved in a historical battle in September 1897 which pitted 21 Sikh soldiers against 10,000 Afghan Orakzai tribesmen.

The movie is directed by Anurag Singh and co-produced by Karan Johar and also stars Parineeti Chopra in a pivotal role.

Keep scrolling to get a sneak peek of Akshay as Havildar Ishar Singh from photos between the scenes of Kesari: 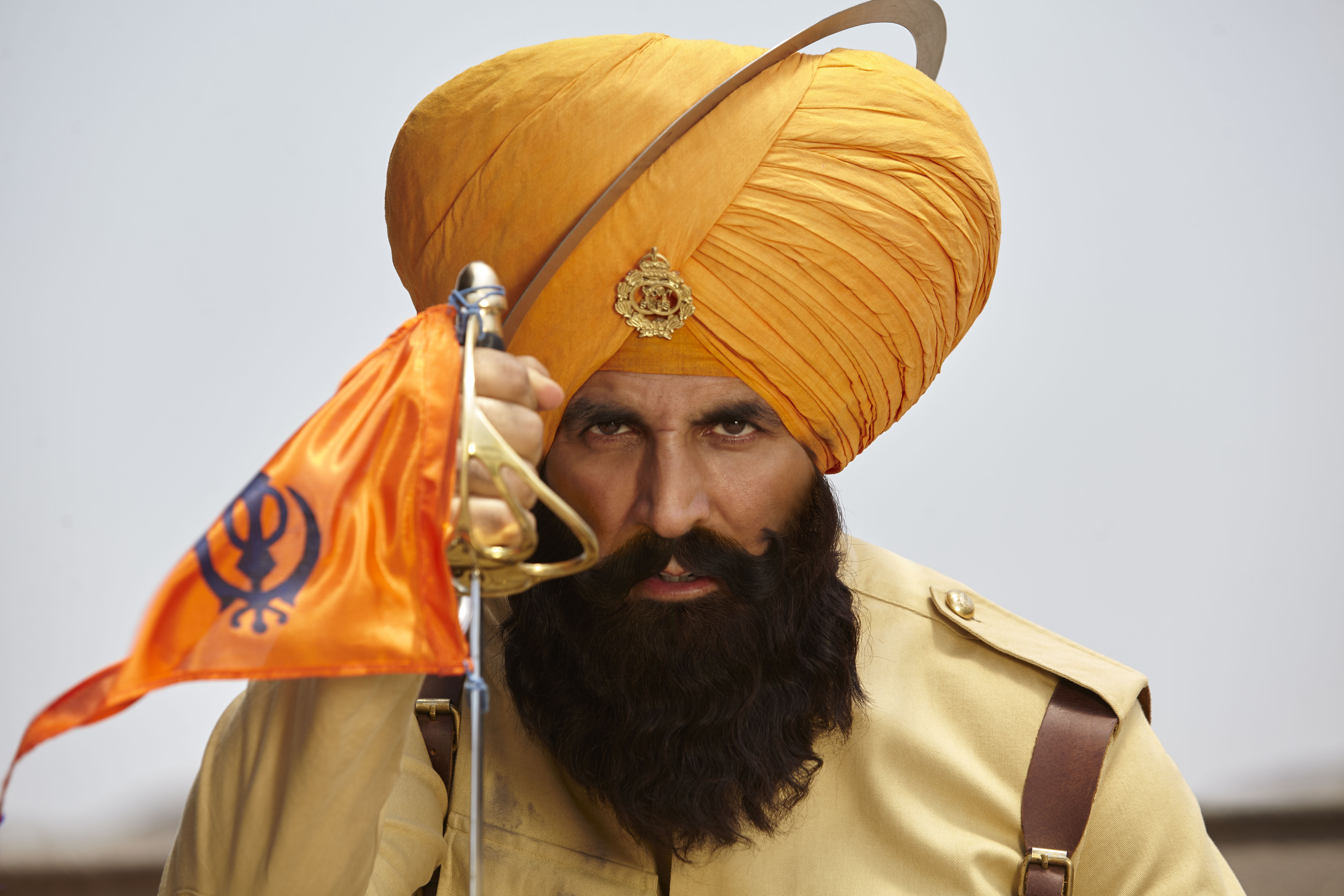 Akshay Kumar as Havildar Ishar Singh gives a menacing look in a still for the film Kesari based on the heroic battle of Saragarhi. Photo courtesy: Zee Studios 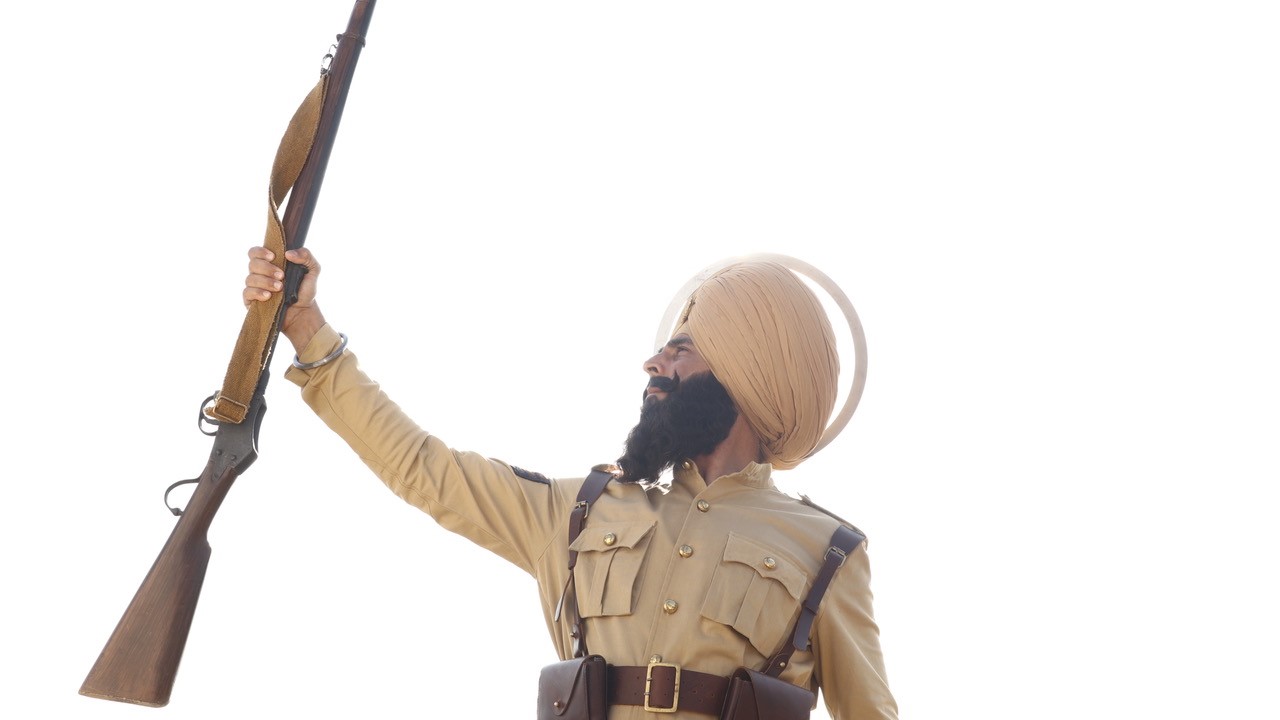 Akshay as Havildar Ishar looking to inspire the troops he is leading in a scene from the film...so far as we know. Photo courtesy: Zee Studios 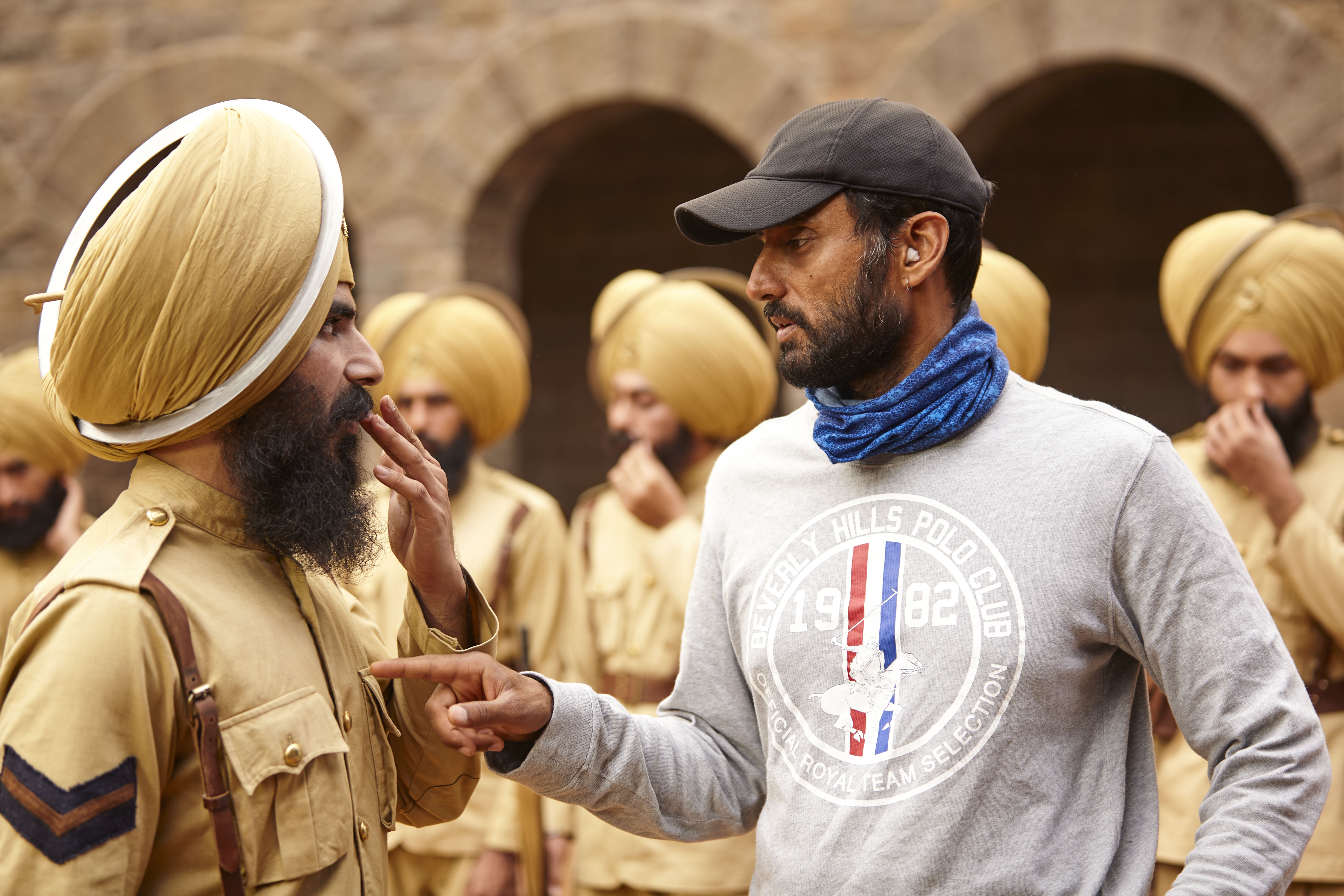 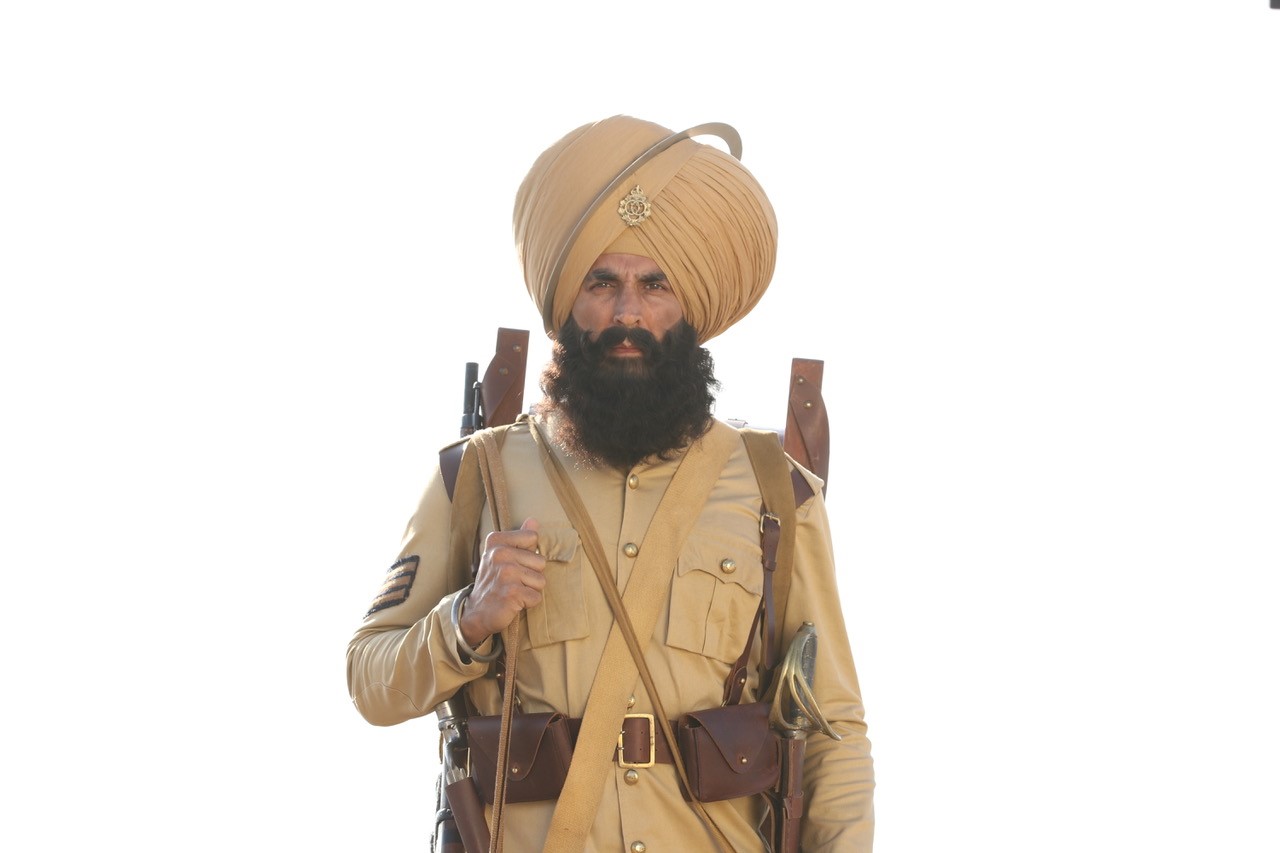 Soldiers of the 36th Sikh Regiment detachment throwing a mess party in a scene from the movie. Photo courtesy: Zee Studios 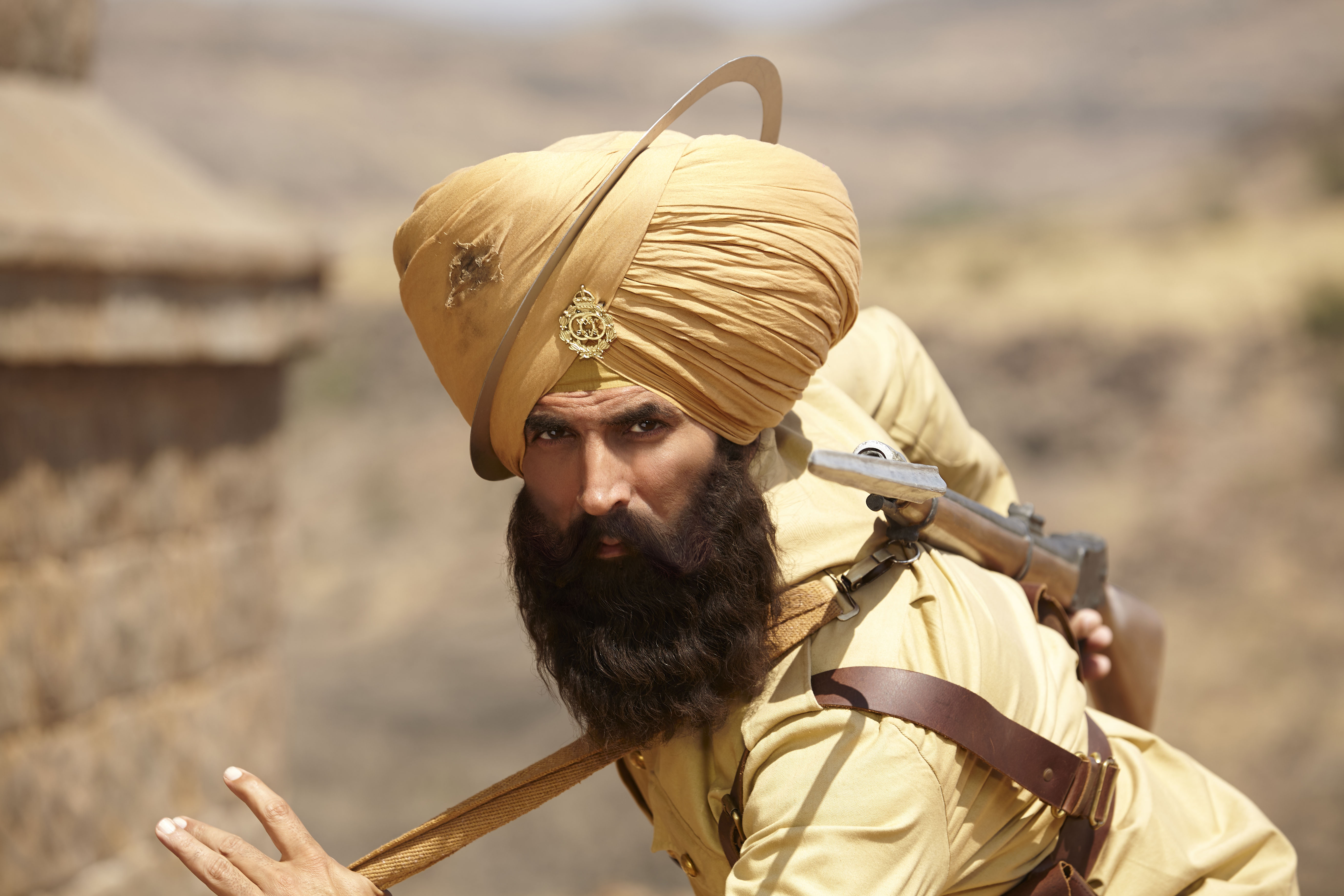 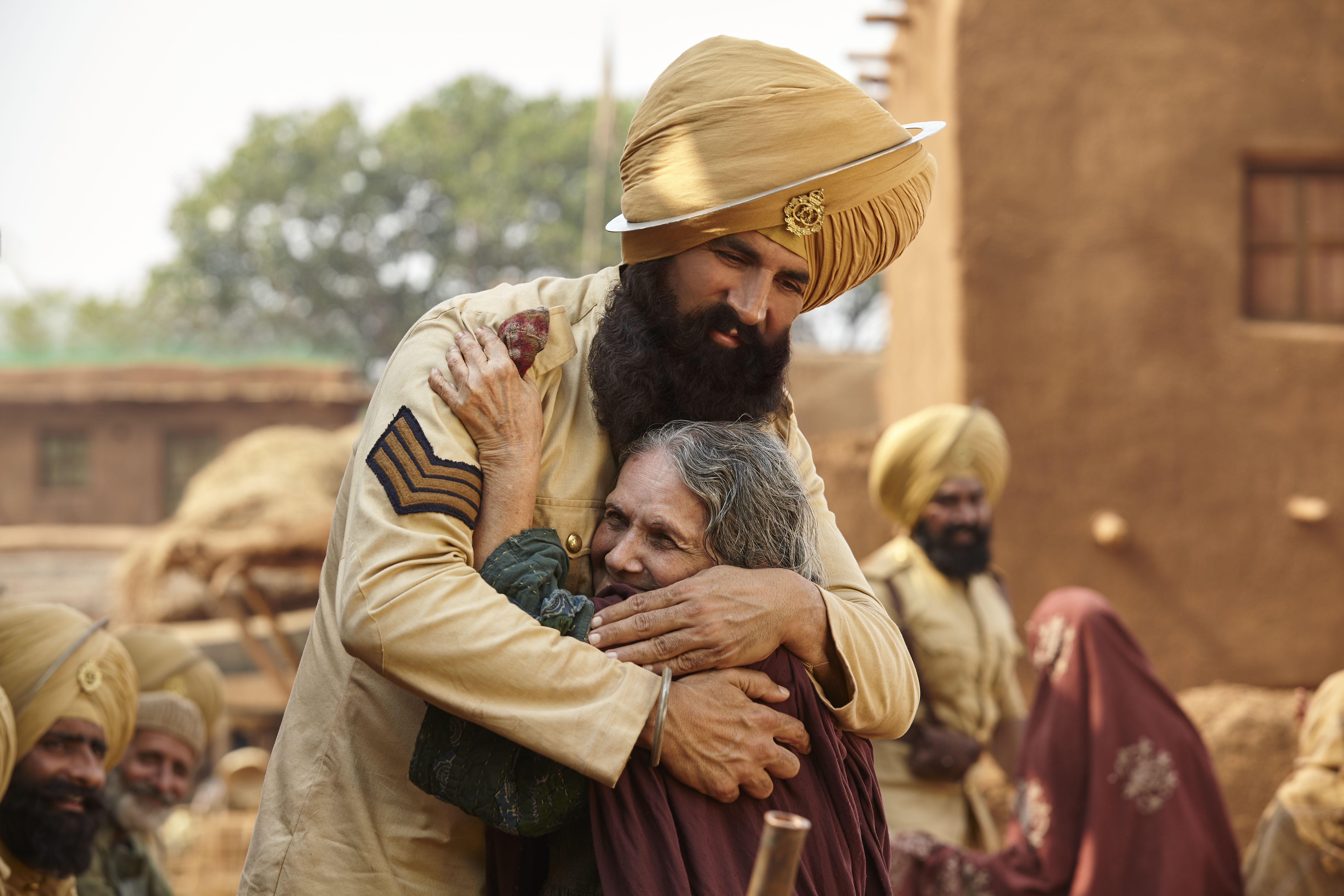 Highlighting the sacrifice made by the detachment that went down in history, this scene from the movie reminds us of the family of the soldiers they had to leave behind. Photo courtesy: Zee Studios

Click here to read more about Akshay Kumar and his releases.