India marked its 71st Republic Day on Sunday with the traditional parade at Rajpath in New Delhi that lasted one-and-a-half hours witnessed by Prime Minister Narendra Modi and the chief guest of this year’s parade, Brazilian President Jair Messias Bolsonaro and President of India, Ram Nath Kovind, who took the salute from the various marching contingents.

Cabinet ministers — home minister Amit Shah, foreign minister S Jaishankar and Human Resources development minister Ramesh Pokriyal — were among the audience along with top bureaucrats and diplomats of many countries.

The parade showcased some of India's newly acquired capabilities like the anti-satellite missile and military hardware, both homegrown and bought from abroad like the US-made heavy lift Chinook and the anti-tank attack Apache helicopters.

The ceremonies this year were marked by several firsts – starting with Prime Minister Narendra Modi paying homage to soldiers killed in battle at National War Memorial instead of the Amar Jawan Jyoti at the India Gate where he was met by the newly appointed Chief of Defence Staff, Bipin Rawat, Indian Army chief Manoj Mukund Naravane, Navy Chief Karambir Singh and Air Force chief R.K.S. Bhadauria.

Here are some scenes from the celebrations. 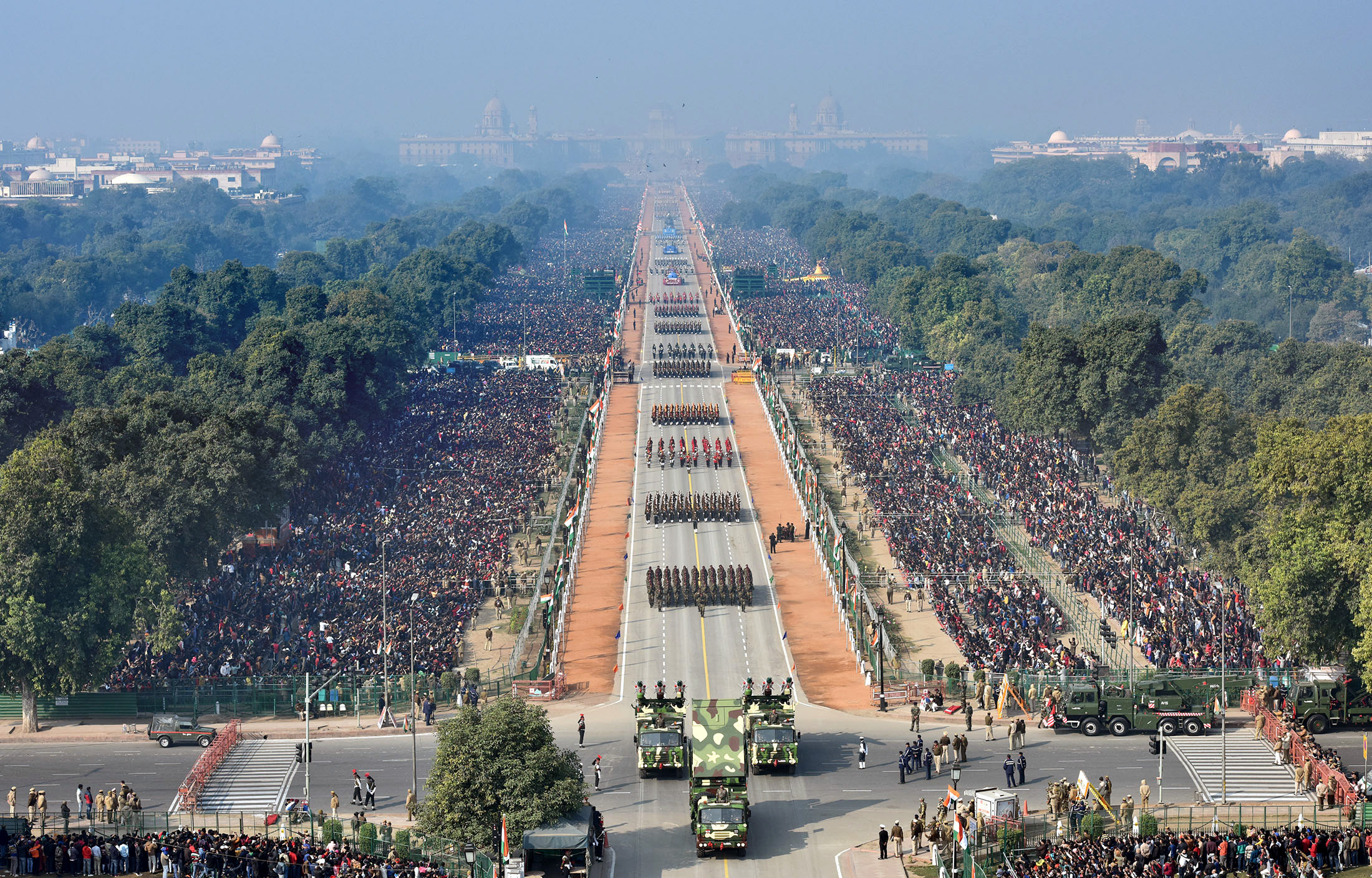 A bird’s eye view of Rajpath, at the 71st Republic Day Celebrations, in New Delhi on January 26, 2020. Photo courtesy: PIB 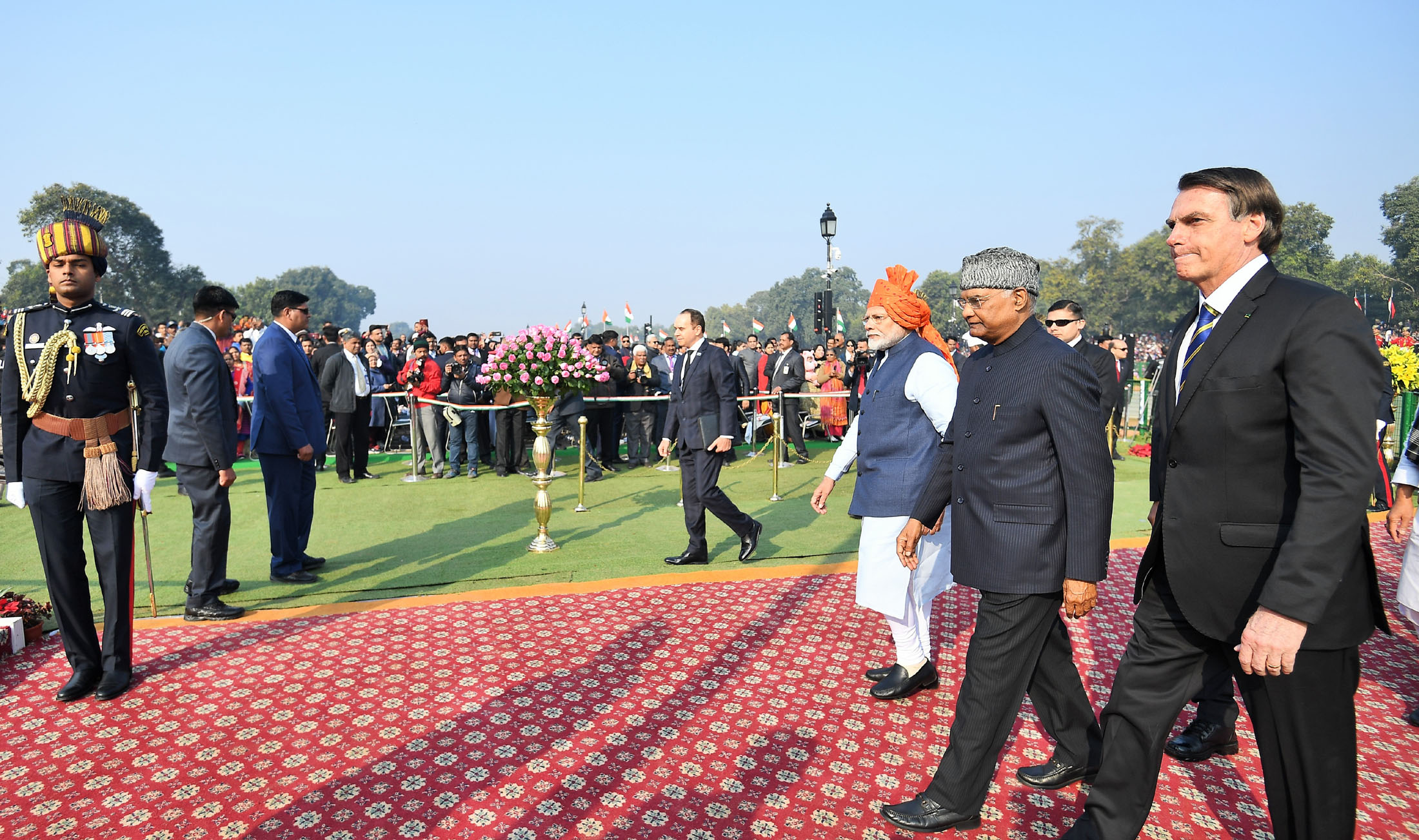 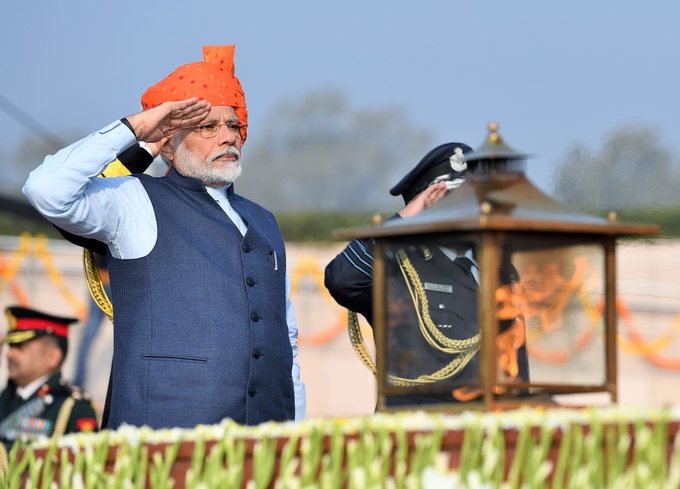 PM Modi accepting the salute from the march past. Photo courtesy: Twitter/@PIB_India 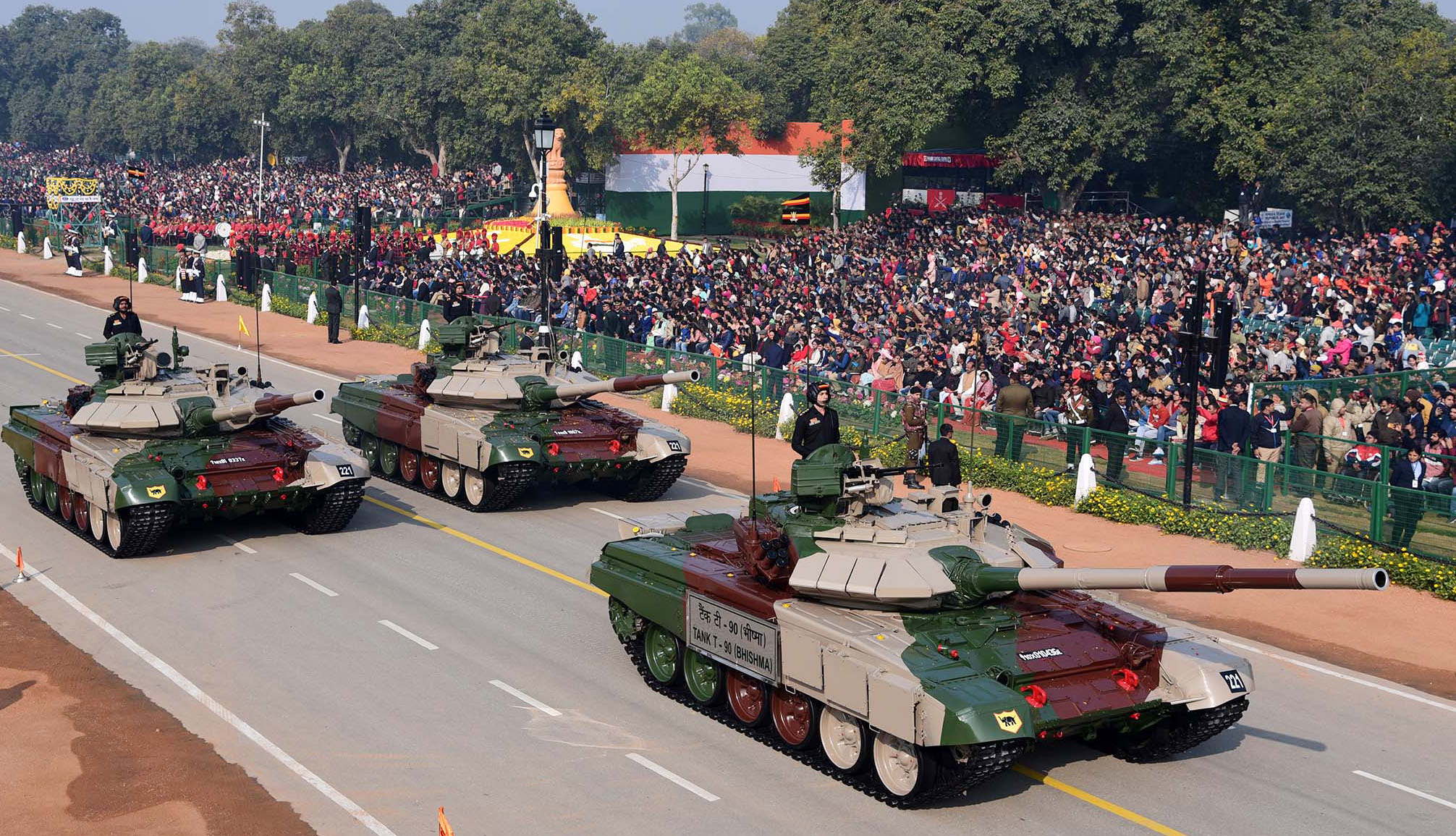 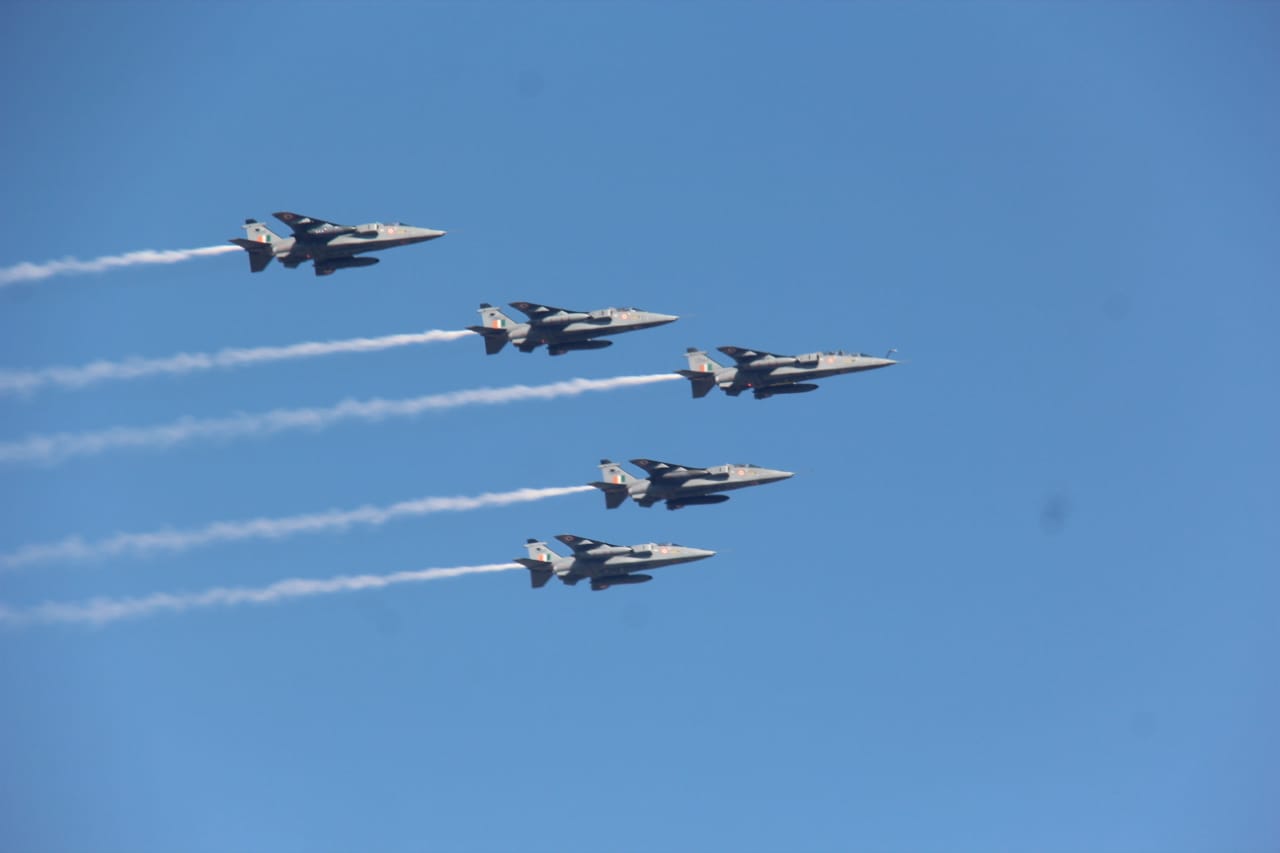 Flypast by contingents of the Indian Air Force at the event. Photo courtesy: Twitter/@IAF_MCC 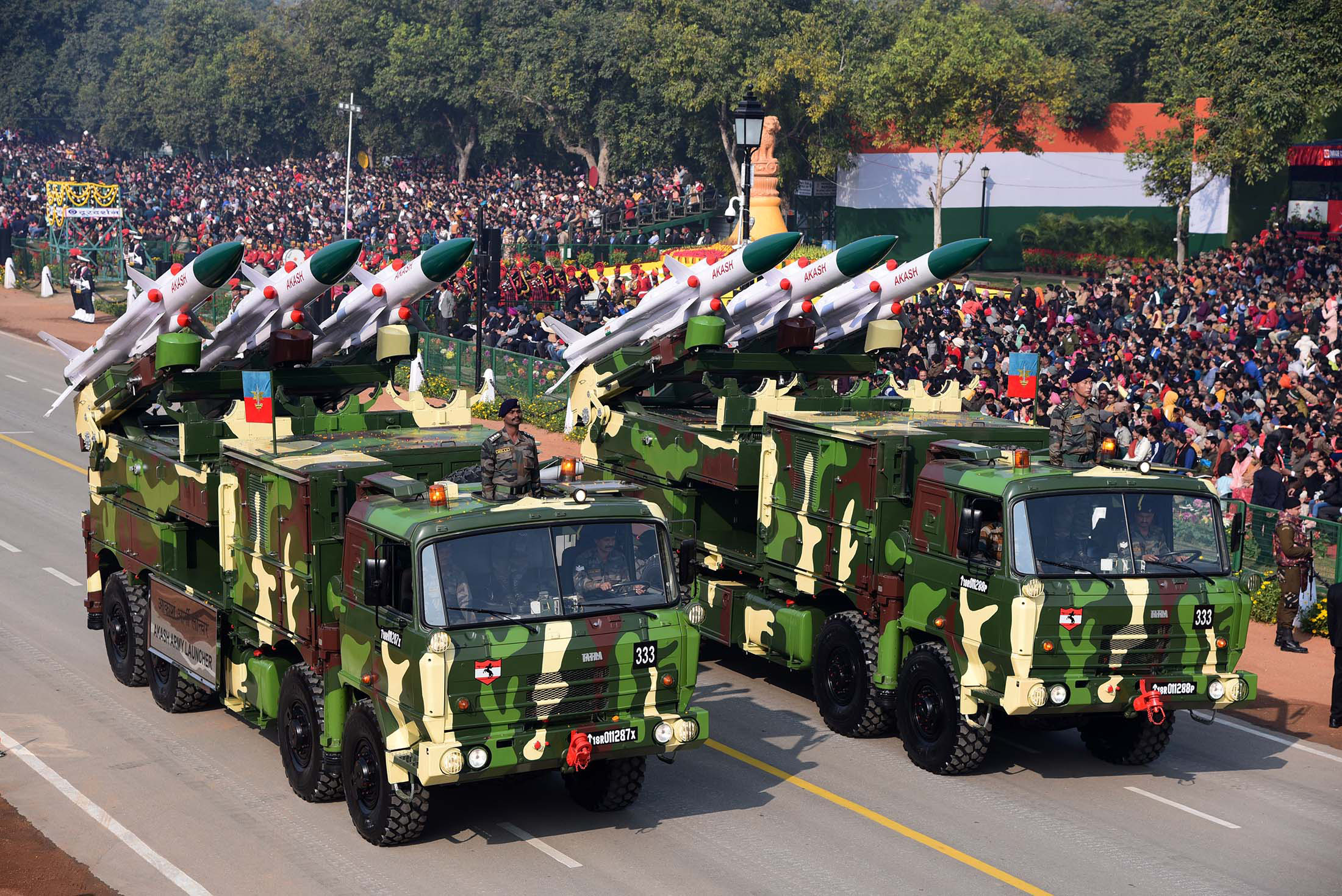 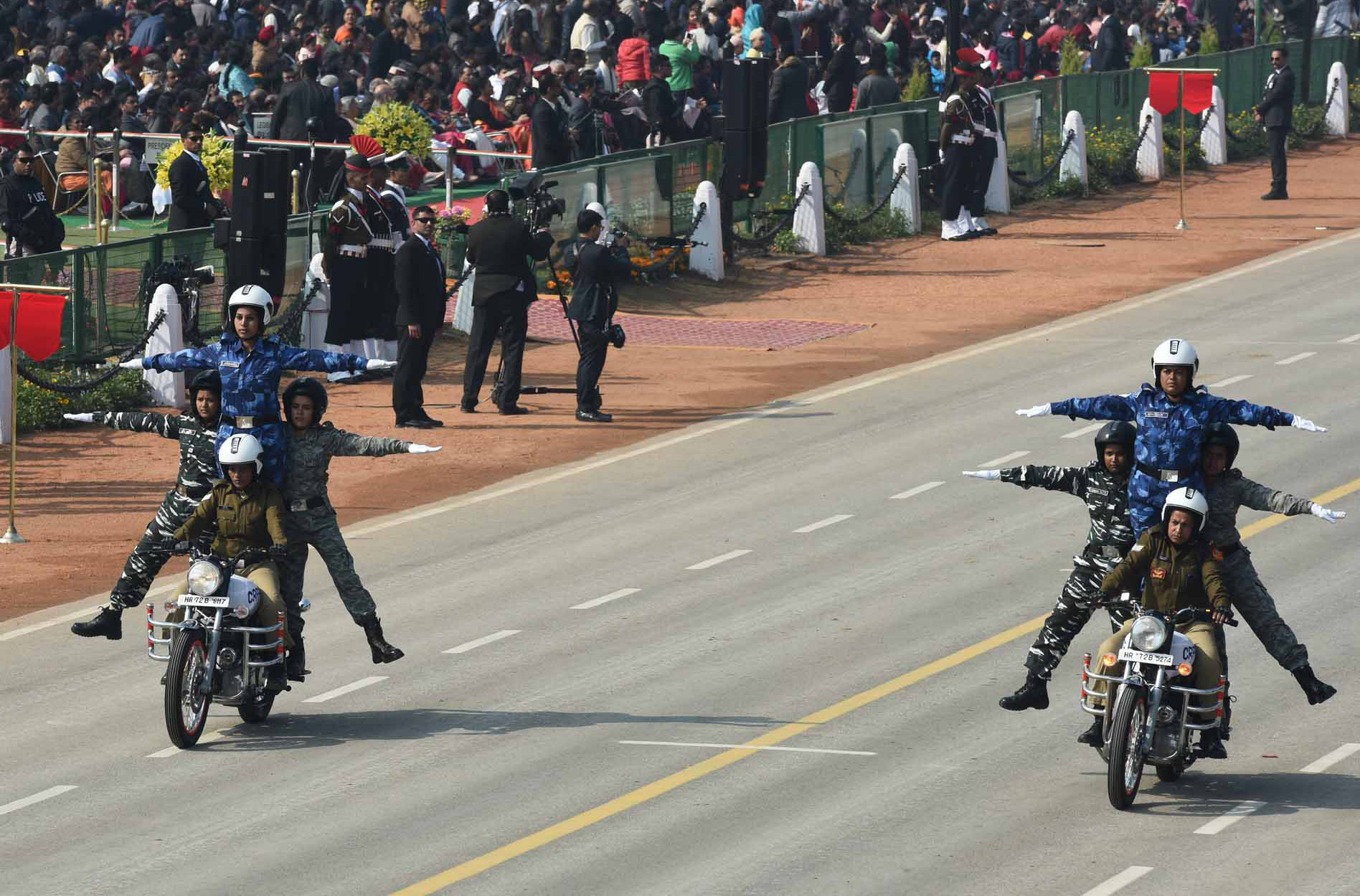 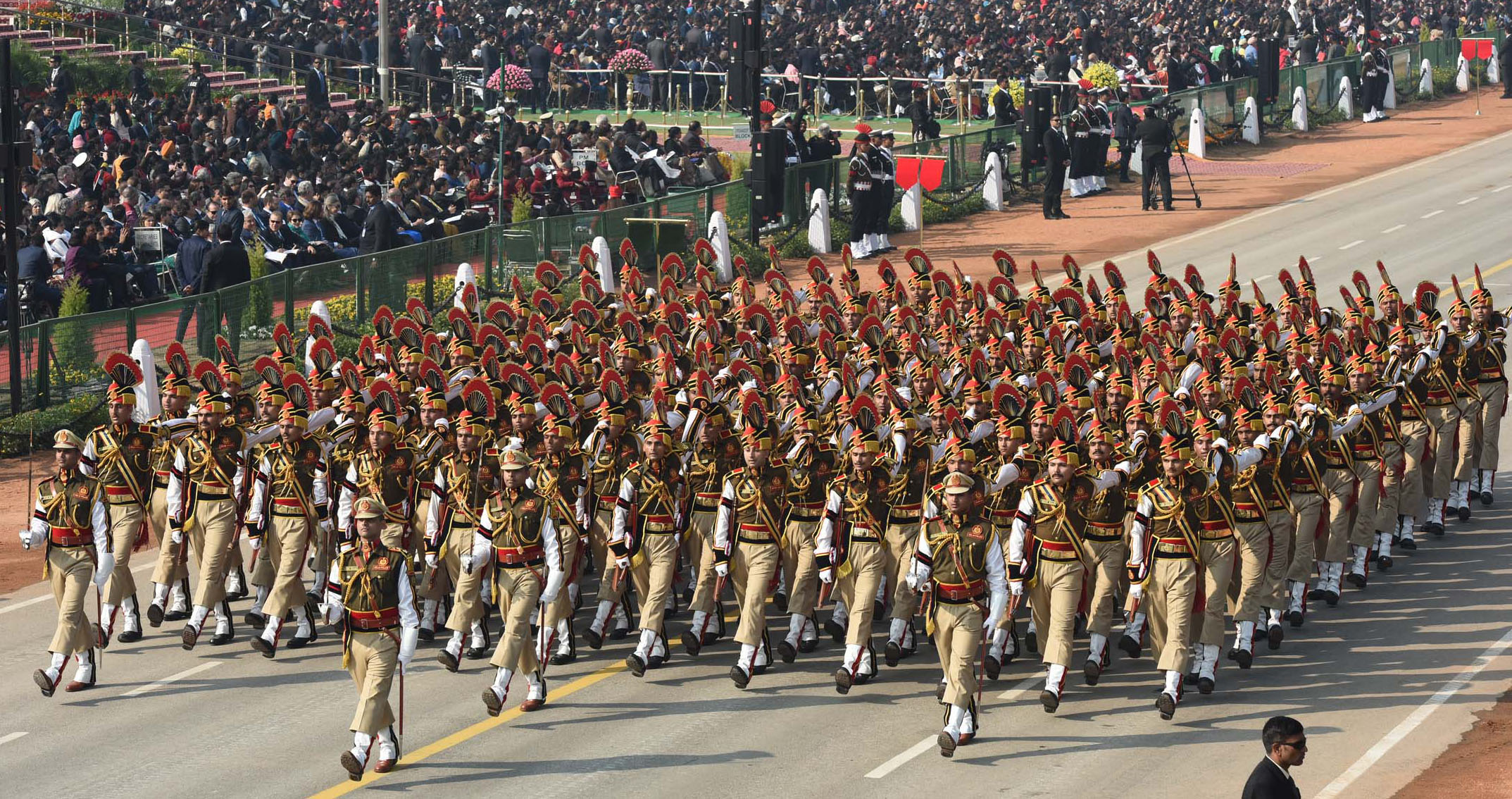 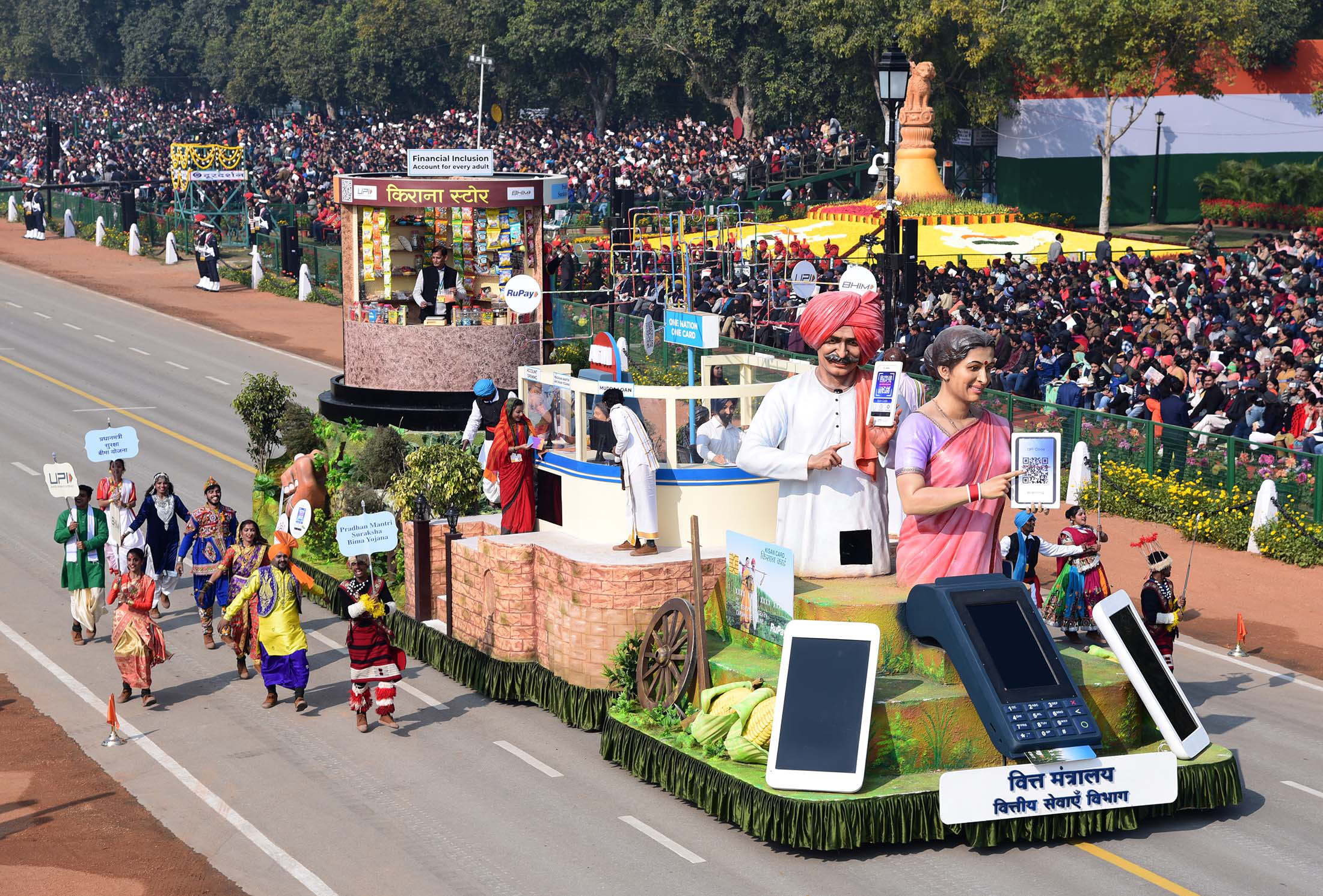 The tableau of the Department of Financial Services. Photo courtesy: PIB 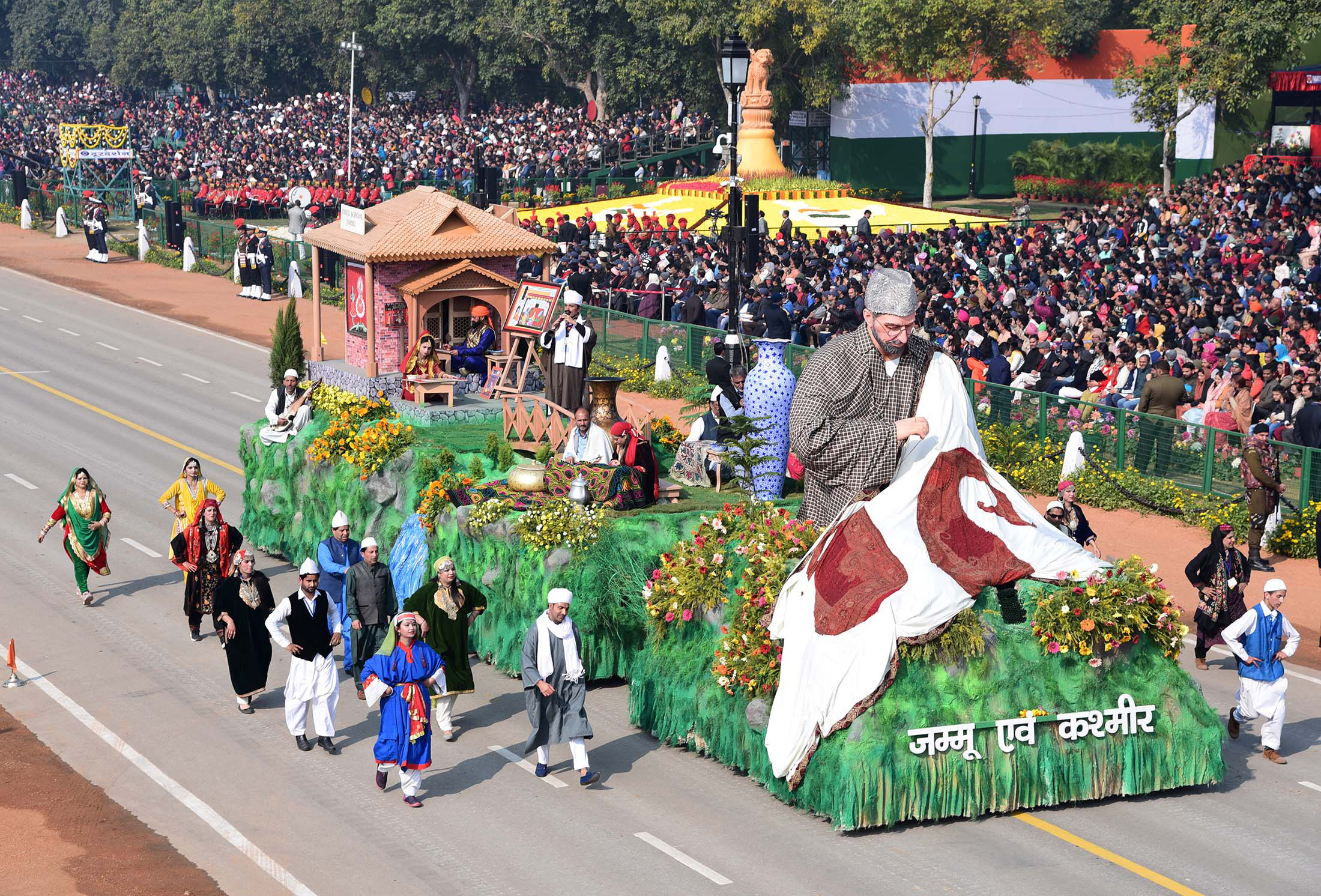 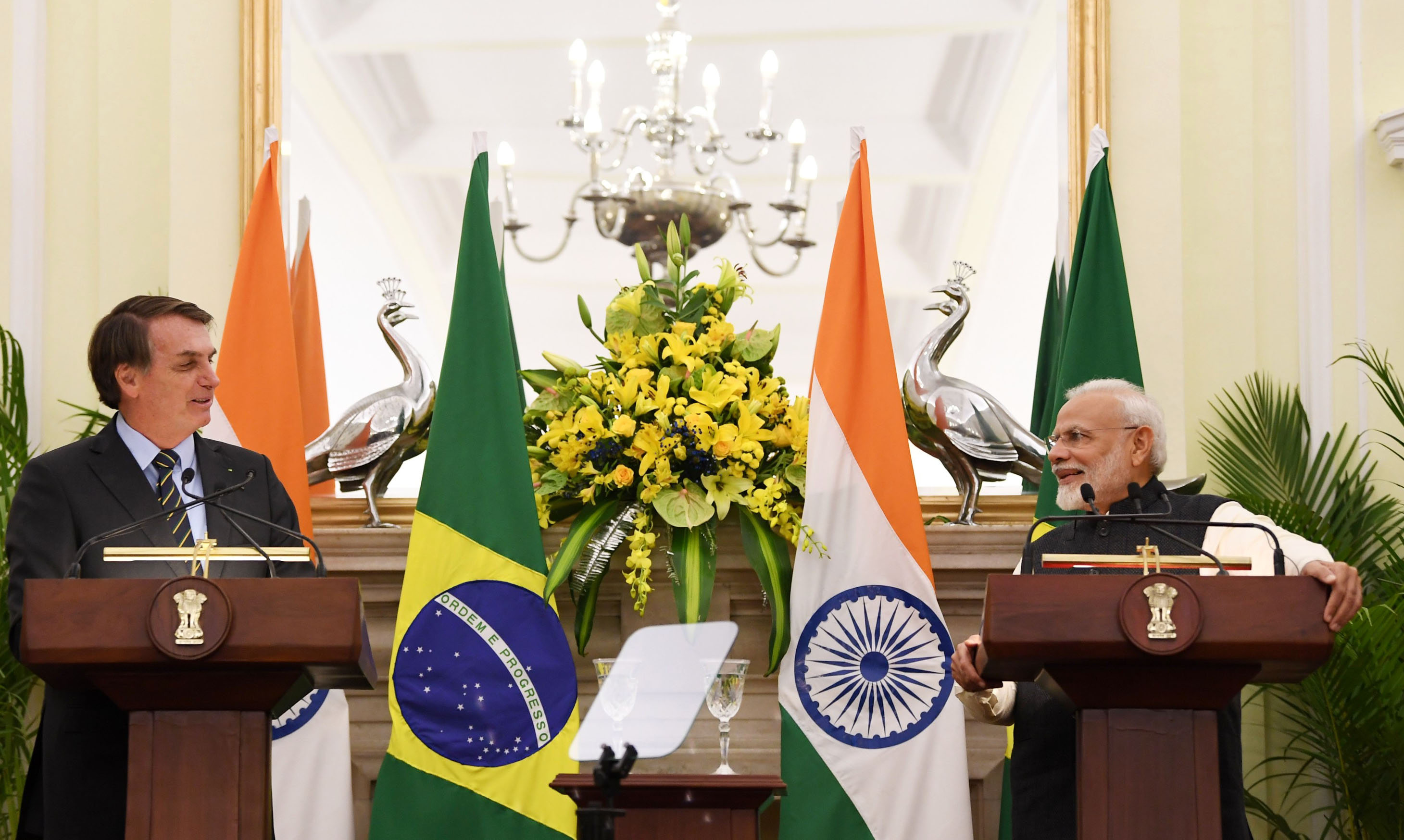