The 4th Defence Ministers' Dialogue (DMD) between India and Singapore, that commenced with both countries signing the revised Defence Cooperation Agreement (DCA) in 2015, was successfully concluded on Wednesday.

Singh referred to India's stand on the South China Sea and the Indo-Pacific region and also talked about India's decision to not join the Regional Comprehensive Economic Partnership (RCEP).

He visited various historical sites across the nation-state and interacted with members of the Indian community at an event sponsored by the IIT Alumni Association during his visit.

He paid homage to Mahatma Gandhi at his Marker at Clifford Pier in Singapore. He also paid tributes to Netaji Subhash Chandra Bose and Indian National Army (INA) martyrs at their memorial.

At the wreath-laying ceremony at the INA marker, Singh was joined by 20 National Cadet Corps (NCC) cadets who are here on a Youth Exchange Programme.

He also visited the Kranji War Memorial in Singapore on Wednesday and paid tributes to those men and women who laid down their lives in the line of duty during the Second World War.

Earlier, Singh visited the Sembawang Air Base and took a familiarisation air sortie in Super Puma Helicopter of the Republic of Singapore Air Force. He also toured the Singapore naval ship RSS Stalwart. 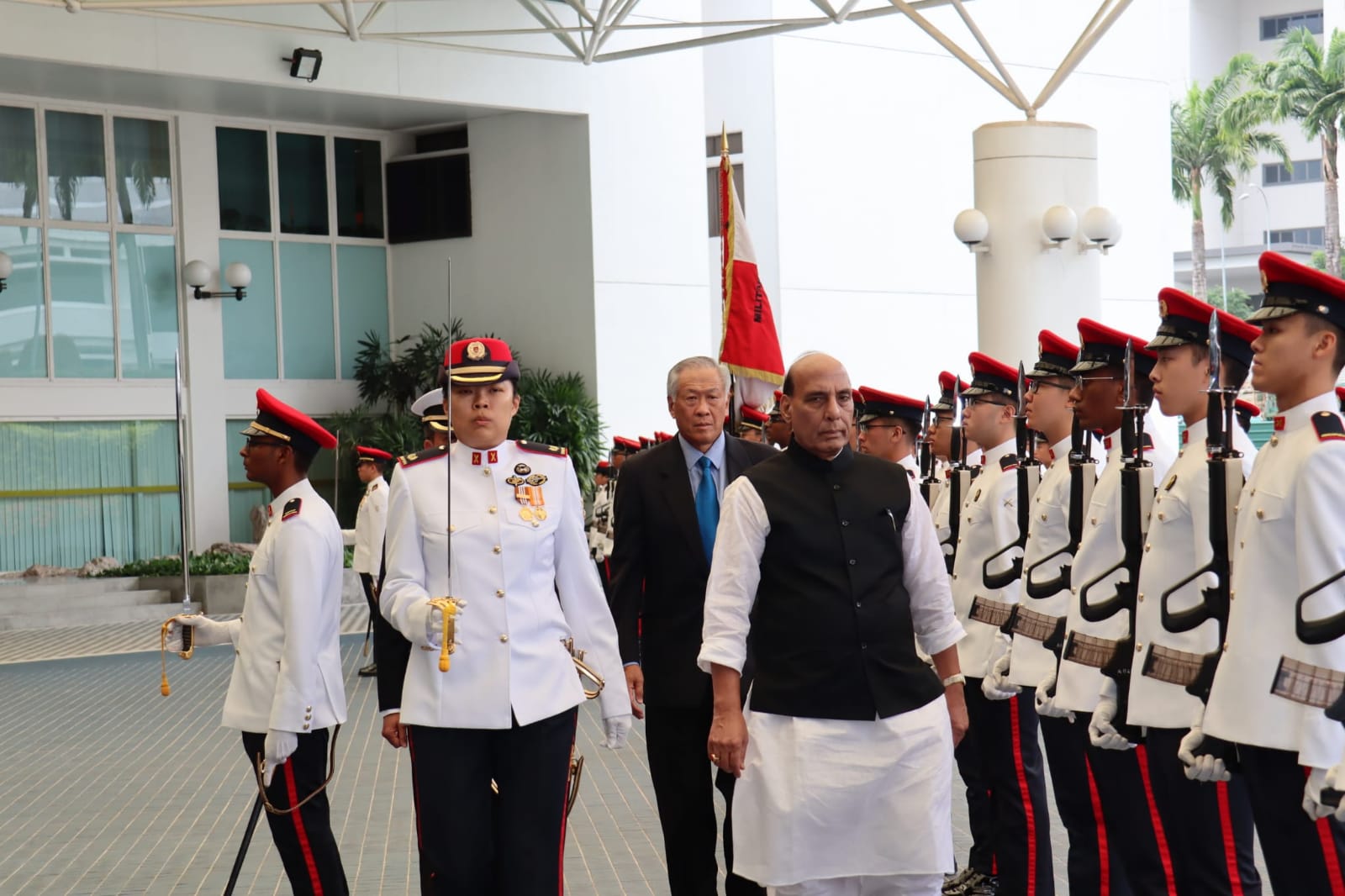 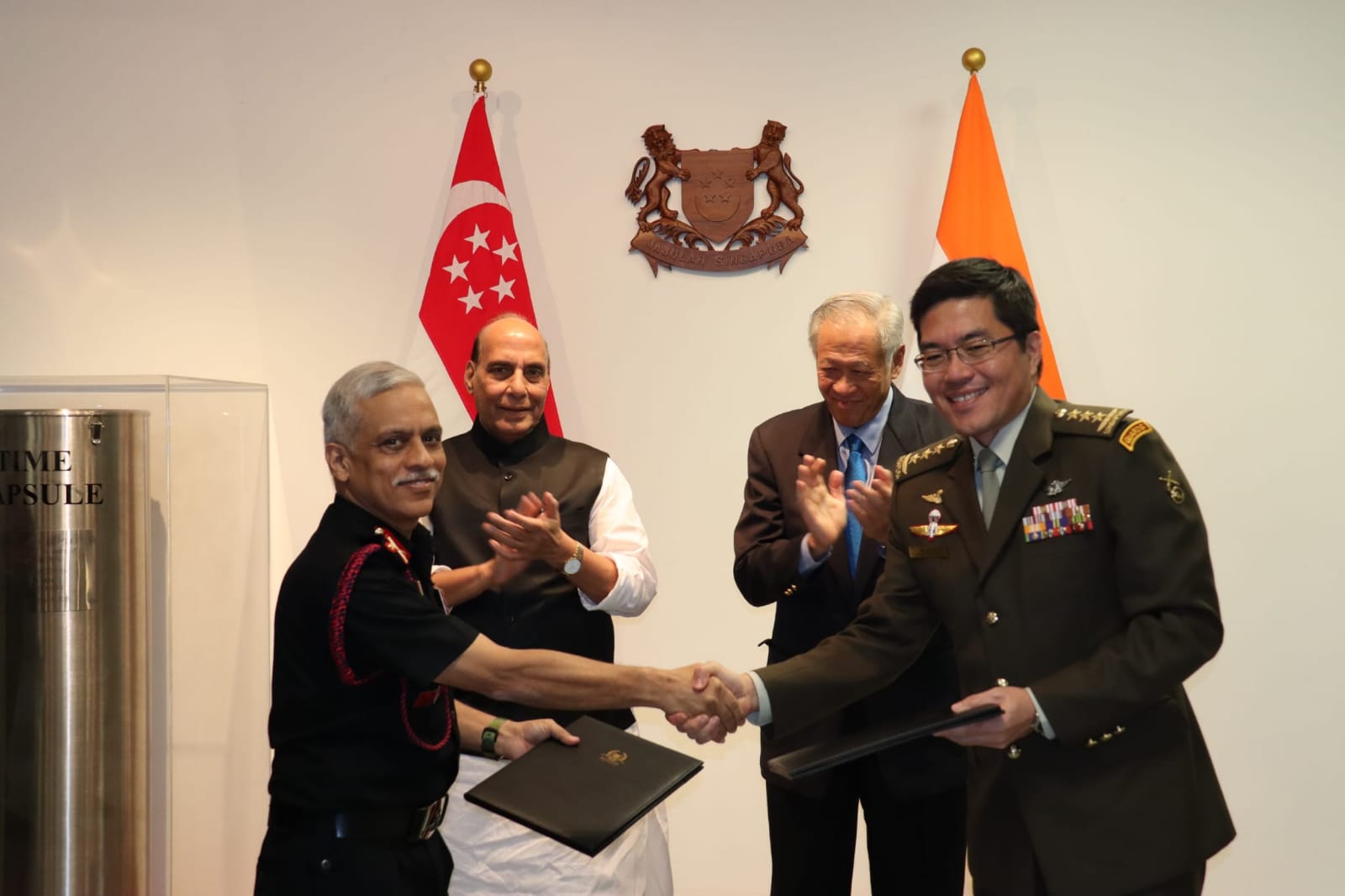 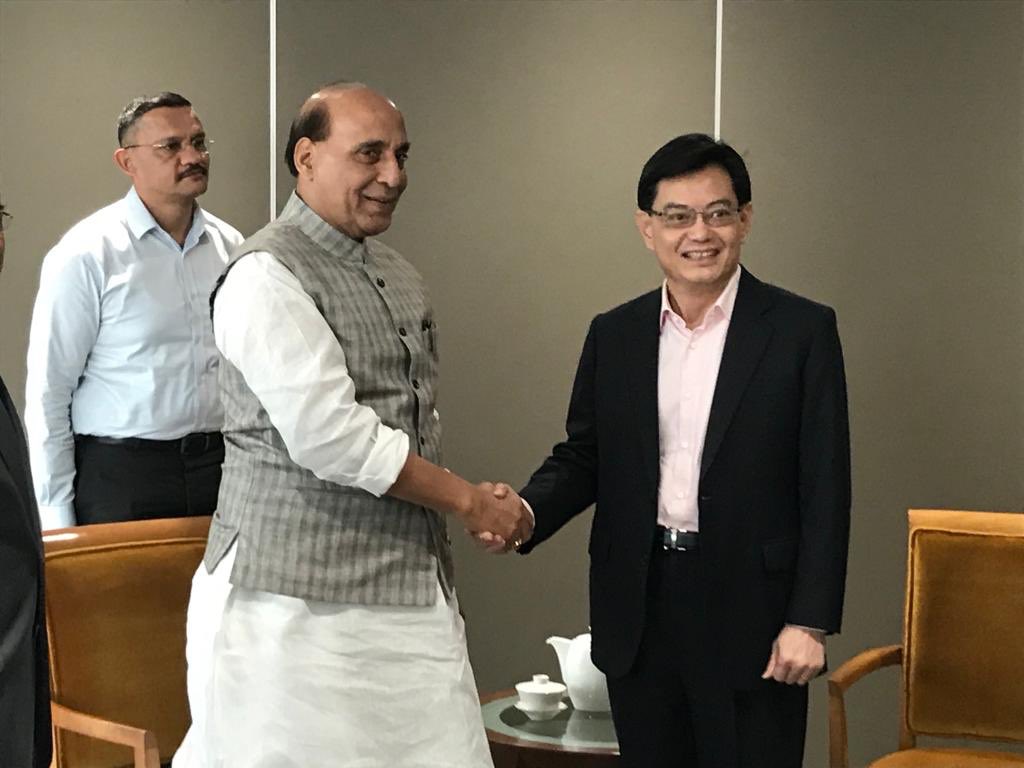 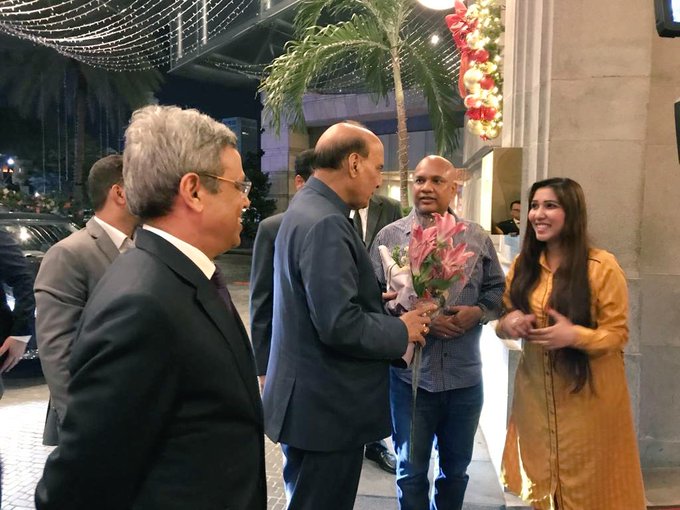 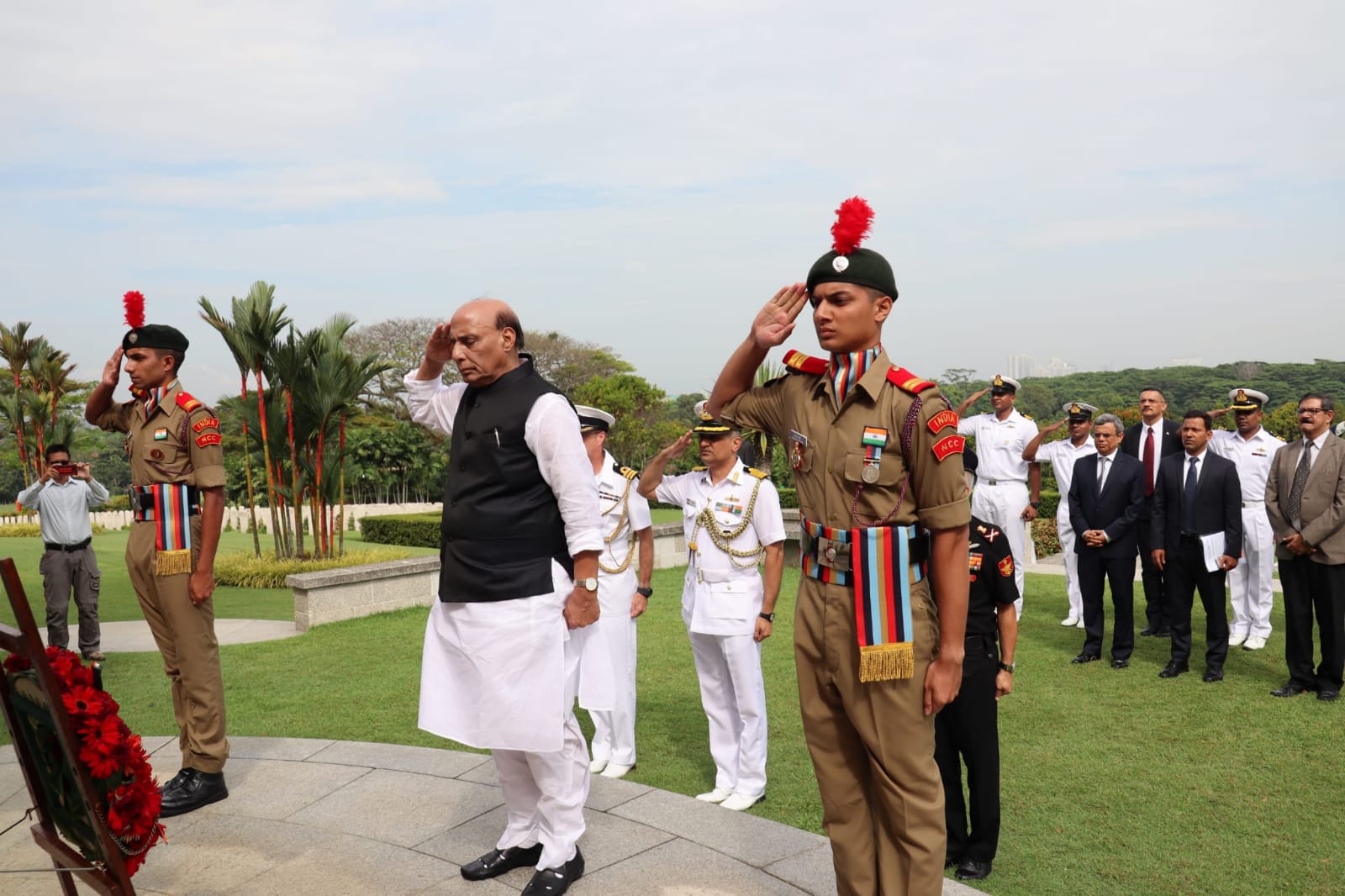 Rajnath Singh at the Kranji War Memorial in Singapore paid tributes to those men and women who laid down their lives in the line of duty during the Second World War. Photo courtesy: HCI Singapore 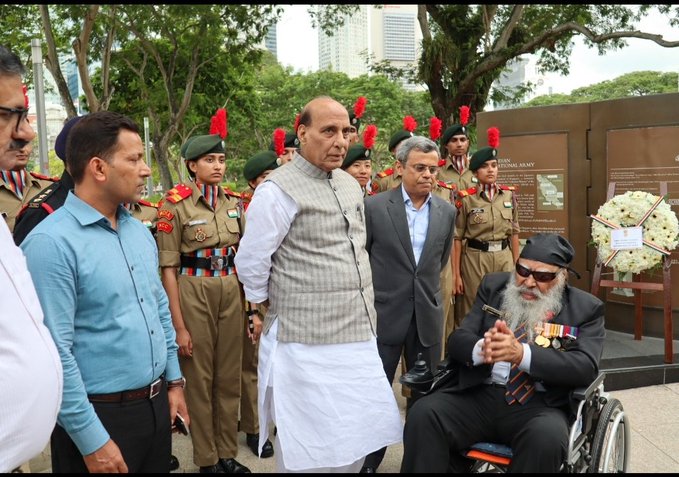 Rajnath Singh meeting Major Ishwar Lal, who had served the Indian National Army under the leadership of Netaji Subhash Chandra, during the wreath-laying ceremony at the INA marker in Singapore. Photo courtesy: Twitter/@IndiainSingapor 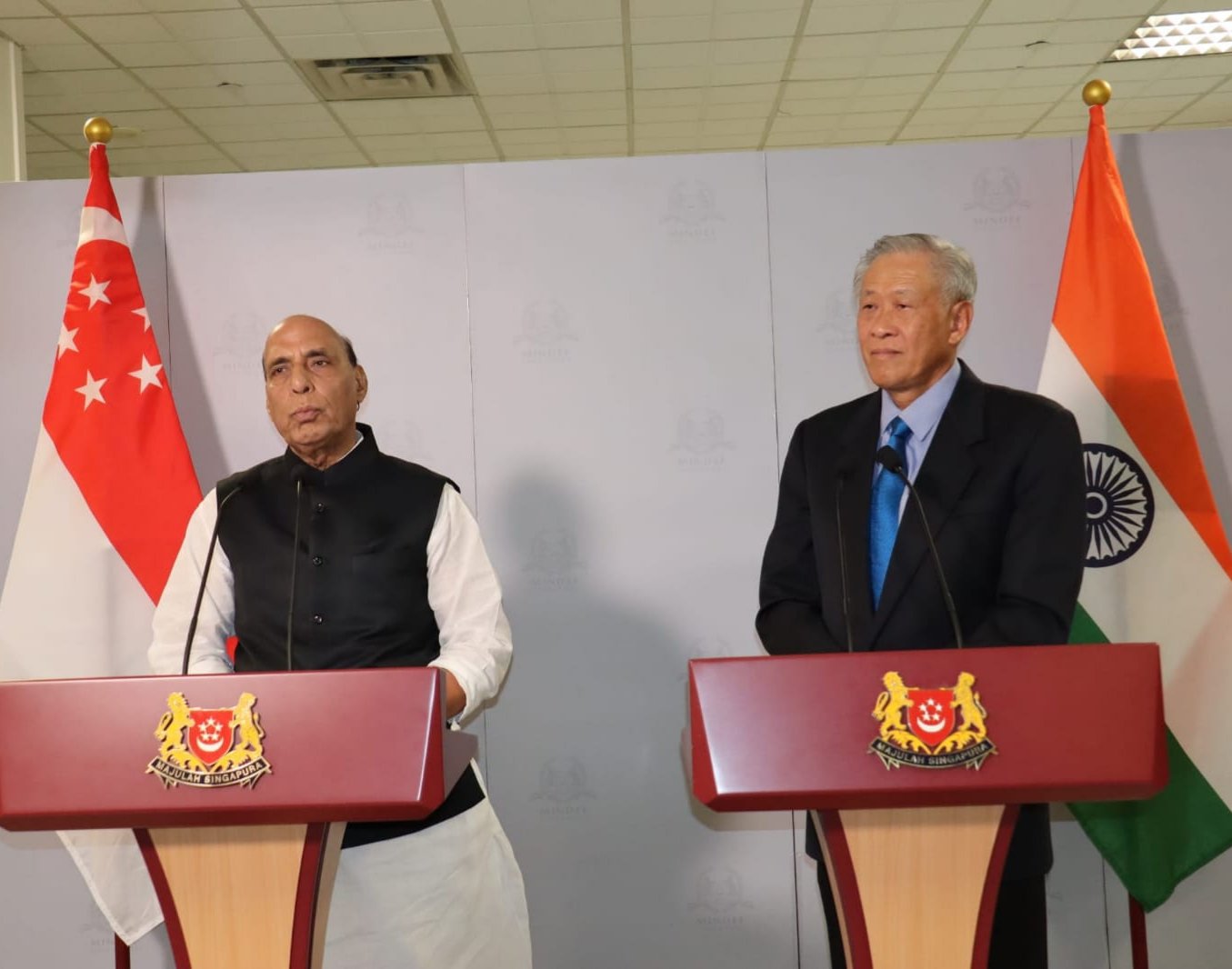 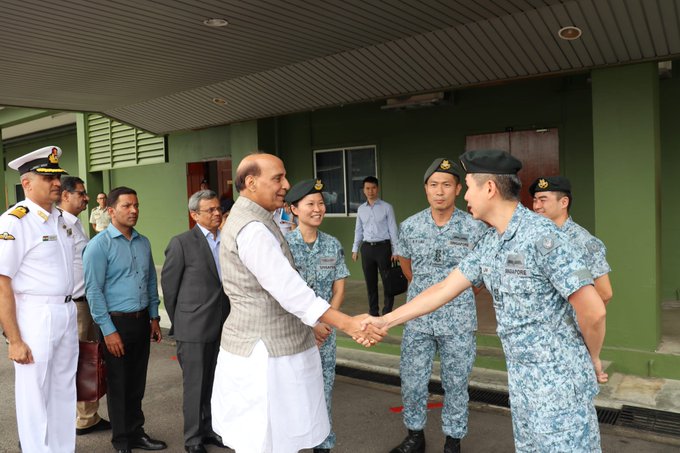 For more stories about the bilateral ties between India and Singapore, click here.