Launched on June 27, MyICA provides a single and secure digital platform for citizens to transact and access government services with greater convenience. This is in line with the Smart Nation drive, ICA said in a press release.

The beta version of MyICA was launched earlier on 30 April 2018 with five citizen-centric e-Services. They are: applications for passport, identity card and APEC Business Travel Card, as well as requests for birth/death extracts and applications for change of address.

From 27 June, three more e-Services were added to MyICA. These will allow Singaporeans to sponsor Long-Term Visit Passes, apply for entry visas for their relatives and friends, as well as apply for a Pre-Marriage LongTerm Visit Pass Assessment facility.

More e-Services will be progressively added to MyICA by the end of 2018. 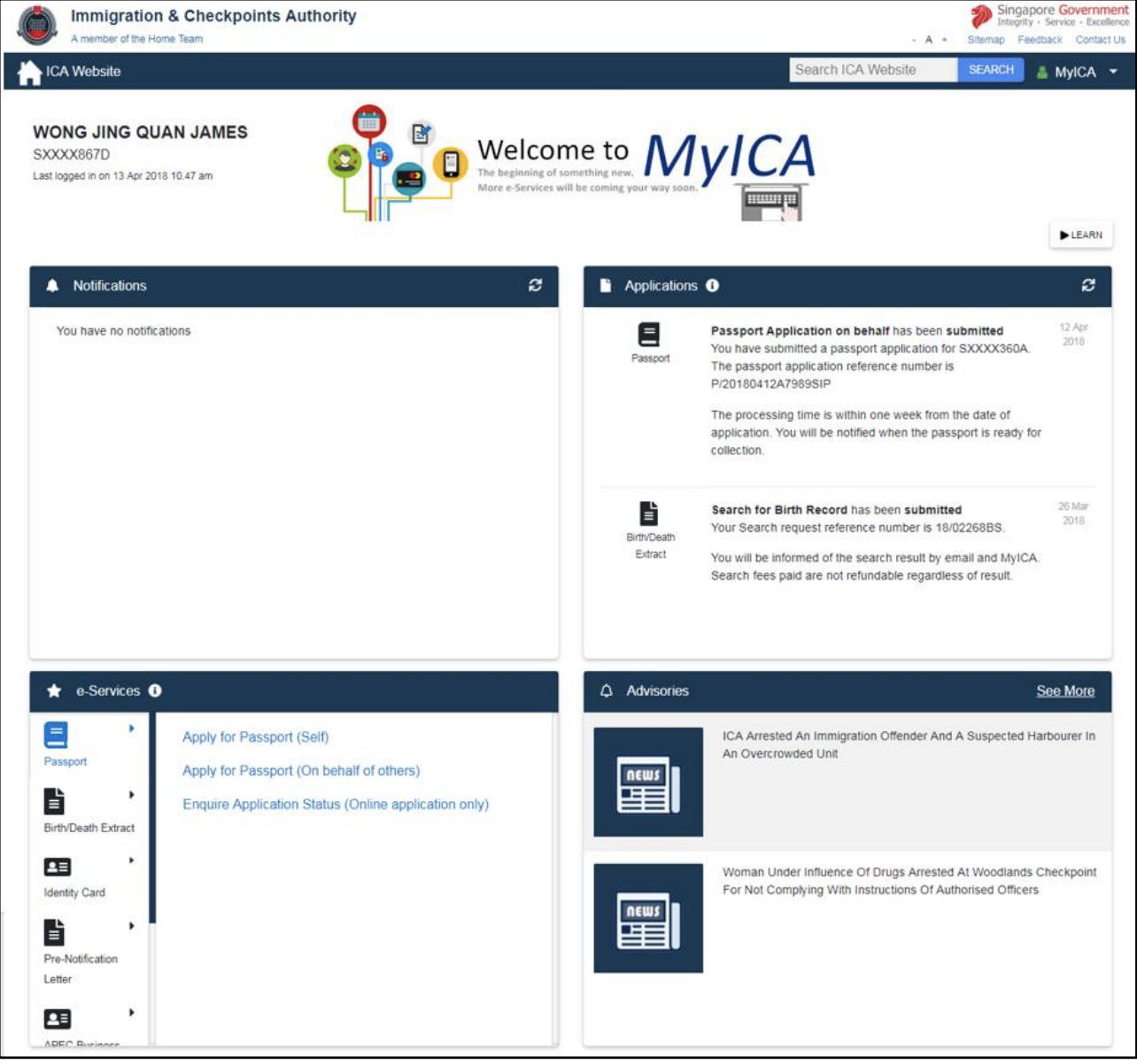 From more than 1,000 pieces of feedback and suggestions on MyICA’s beta version in the last two months, majority were satisfied with the portal. They also commended it for offering the convenience of a single sign-on to submit applications for different services.

For example, Singaporeans applying for passport and change of identity card particulars previously had to access two different e-Services to perform the transactions. With MyICA, they only need to sign-in with their SingPass 2-Factor Authentication once to perform both transactions in the portal. They are also able to view the application statuses at one glance on the MyICA dashboard.

The new payment cart (MyCart) also allows them to make a simple, consolidated and safe payment for multiple transactions.