The International Court of Justice’s (ICJ) stay of execution order in the case of former Indian Navy officer Kulbhushan Jadhav has set off a minor media row between India and Pakistan, with both countries claiming a favourable verdict. 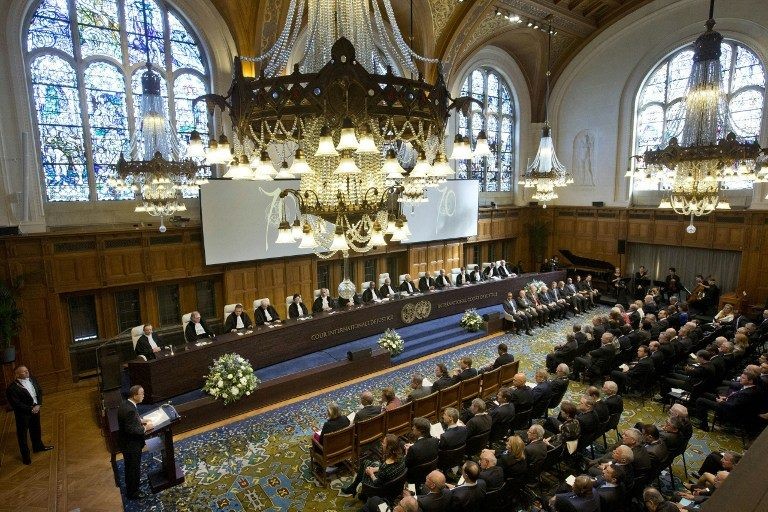 The ICJ's judgment also stated that Pakistan had violated the Vienna Convention and directed it to review the death sentence ordered by a military court at a closed trial in 2017. Photo courtesy: un.org

The ICJ bench comprised of 16 members and had only one dissenting voice, belonging to 69-year-old ad-hoc judge Tassaduq Hussain Jillani. The bench also allowed India consular access to Jadhav.

Judge Jillani, a former chief justice of Pakistan, disagreed with the rest of the bench on most matters, agreeing only with the point that the ICJ has the jurisdiction to hear India's plea against Pakistan.

The ICJ's judgment also stated that Pakistan had violated the Vienna Convention and directed it to review the death sentence ordered by a military court at a closed trial in 2017.

Addressing both houses of Parliament in New Delhi today, Indian Foreign Minister S Jaishankar said the Kulbhushan Jadhav case is "not only a vindication for India but all those who believe in the rule of law".

"His family has shown exemplary courage in difficult circumstances. I can assure the government will vigorously continue its efforts to ensure his safety and well being, as well as his early return to India," he added.

Indian Prime Minister Narendra Modi had hailed the judgment, saying that "truth and justice" had prevailed.

Across the border, the ICJ’s judgement has been painted in a very different light, downplaying the consular access and claiming victory as Jadhav had not been acquitted.

Appreciate ICJ’s decision not to acquit, release & return Commander Kulbhushan Jadhav to India. He is guilty of crimes against the people of Pakistan. Pakistan shall proceed further as per law.

"Appreciate ICJ's decision not to acquit, release and return Kulbhushan Jadhav to India," Pakistan Prime Minister Imran Khan tweeted today, claiming that the retired officer was "guilty of crimes" against the people of Pakistan. "Pakistan shall proceed further as per law," he further wrote.

The international media focused on the stay of execution order as well as the directive to review the Pakistan military court verdict.