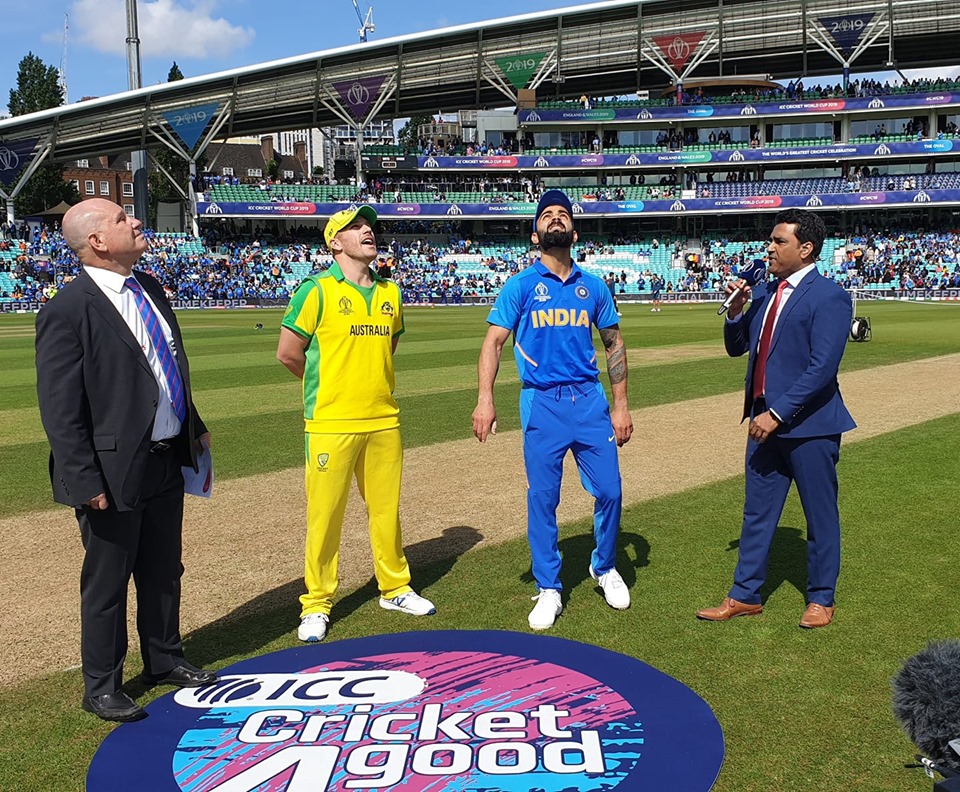 It was batsman’s day out at the Oval as Australia crashed to a 36 run loss in a high-scoring match. Photo courtesy: Facebook/Indian Cricket Team

India sounded the warning bell for all the other teams in the 2019 ICC World Cup by comprehensively beating defending champions Australia in London yesterday. This was India’s second win in as many matches, and the team now firmly carries the tag of tournament favourites. It was batsman’s day out at the Oval as Australia crashed to a 36 run loss in a high-scoring match. Here are some of the highlights from the day.

Indian batsmen firing on all cylinders

The Indian innings began slowly, the openers scoring at 3.14 for the first seven overs. However, it was precisely this calculated pace that resulted in a well engineered and commanding total of 352 in 50 overs. 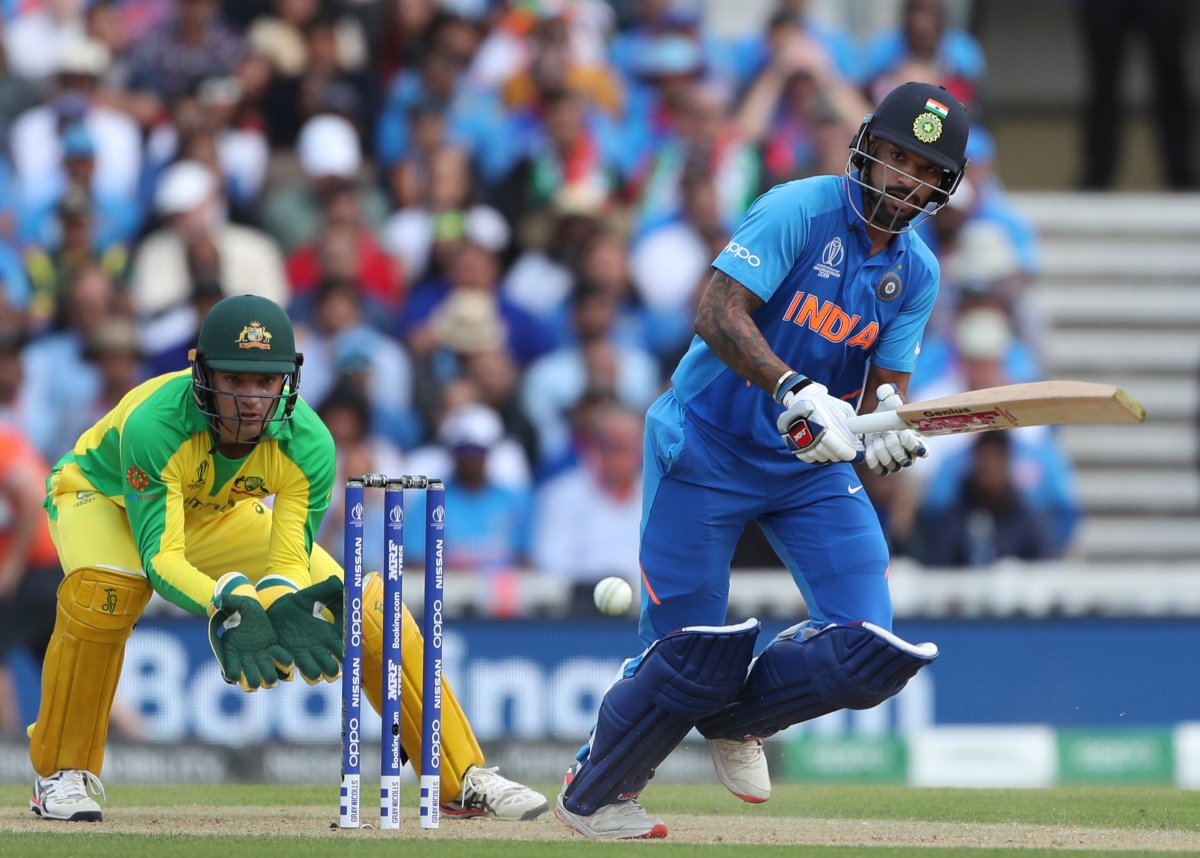 Shikhar Dhawan’s love affair with ICC tournaments continued as he smashed his 17th ODI century and his 6th in an ICC event (only Sourav Ganguly and Sachin Tendulkar have more). All this despite being hit on the thumb by a Pat Cummins snorter. Dhawan had the perfect partner in fellow opener Rohit Sharma, with whom he set up a 127-run opening stand - only the third time in World Cup history that there has been a century opening stand in 87 matches against Australia. When Rohit fell, Dhawan and Virat Kohli continued the onslaught, and put up a 93-run stand for the second wicket. The Indian skipper eventually fell for a well made 82 off 77 balls, his 50th ODI fifty.

The team made the crucial decision to send Hardik Pandya in at number four instead of KL Rahul. The score stood at 220 for 2 when Pandya walked in and he kicked it into high gear almost immediately. Identifying the weaknesses in the Australian bowling, the batsmen went after their fifth bowler Marcus Stoinis and spinner Adam Zampa, who looked off-colour throughout the innings. Pandya’s 48 off 27 and MS Dhoni’s quickfire 27 off 14 balls took India to a solid 352 for 5 in their 50 overs. 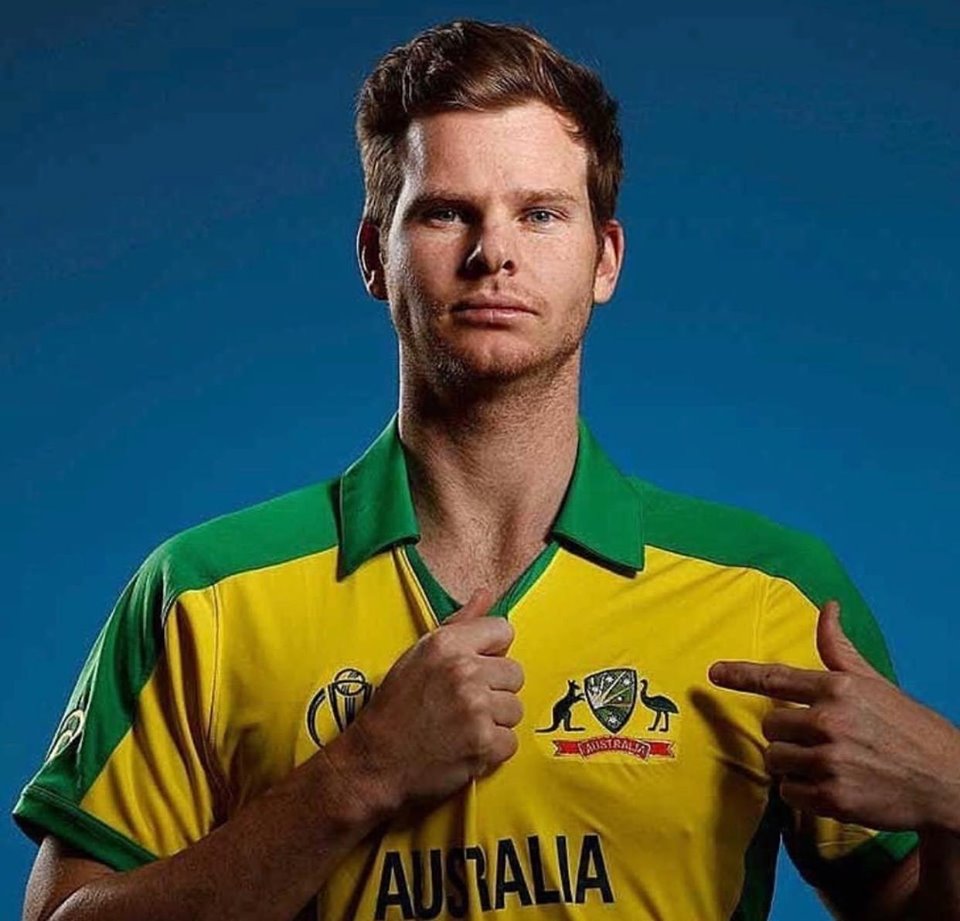 Steve Smith's innings was not enough to see Australia to a third victory in the tournament. Photo courtesy: Facebook/Steve Smith

The Australian batsmen showed grit and skill, as is expected of the 5-time world champions. David Warner (56 off 84 balls) played an uncharacteristically slow innings, which pegged the Aussies back. Steve Smith (69 off 70 balls) and Usman Khawaja (42 off 39 balls) at one stage looked like they might take the game out of India’s hands. However, Bhuvneshwar Kumar and Jasprit Bumrah made sure the Australians never really got away from them. Bhuvneshwar’s controlled length and cramped line meant Australia couldn't get the kind of rapid start they wanted, and walked away with figures of 3 for 50, including the crucial wicket of Smith. Bumrah (3 for 61) also put in a solid spell, tightening the noose around the Australians with the big wicket of Khawaja.

Virat Kohli not only won the match but also won many hearts, including those of Australian fans when he stopped a section of Indian spectators from booing Steve Smith. When Smith was fielding along the boundary during India's innings, spectators nearby started chanting, "cheater!" repeatedly. In response, Kohli, who was batting in the middle, gestured to the India insignia on his helmet, pointed at Smith and clapped in an effort to quieten the crowd. Kohli even apologised to Smith on behalf of the fans.

“If I was in a position where something had happened with me, and I’d apologised and accepted it, and came back and still I would get booed, I wouldn’t like it either.”#ViratKohli on why he asked the fans to stop booing Steve Smith. #CWC19 | #INDvAUS pic.twitter.com/CIMicjoSA0

"Just because there's so many Indian fans here, I just didn't want them to set a bad example, to be honest, because he didn't do anything to be booed in my opinion," Kohli said after the match. “I just felt for him, and I told him, I'm sorry on behalf of the crowd because I've seen that happen in a few earlier games, as well, and in my opinion that's not acceptable,” he added.

Both Smith and David Warner have been heckled repeatedly by fans due to their part in the ball tampering scandal that rocked Australian cricket in 2018 and saw them both banned for one year.

We’ve heard of sticky wickets, but this World Cup has become known for sticky bails that refuse to dislodge. David Warner became the fifth batsman in the tournament to get a bail(not)out as he chopped Bumrah’s ball onto his foot which then deflected onto the stumps; the bails, however, refused to budge.

The ICC says that the weight of the zing bails is not an issue, and that despite them having flashing lights built into them, they weight somewhere between traditional bails and the heavy versions umpires use for windy days.

“Top win for us after losing that series in India. We had a point to prove. We just came with intent.” - Virat Kohli, Indian cricket captain

"I think not getting wickets early on was probably key there. To have the guys batting deep into the innings, that just gives them so many options where they can shuffle Pandya up the order and Dhoni, so yeah, I think they played it really well, and probably negated our biggest threats early on." - Aaron Finch, Australian cricket captain