You may expect to breeze through your next immigration clearance at the Tuas Checkpoint.

The Immigration and Checkpoints Authority (ICA) is conducting a six-month trial for a new contactless immigration clearance system, which has commenced last Monday, April 8.

The trial is takes over one of the automated arrival lanes in the bus hall at Tuas Checkpoint, ICA said in a press statement on April 15.

Back-end, the system will verify if the identified traveller holds a valid passport, ICA explained.

The process flow is as follows: 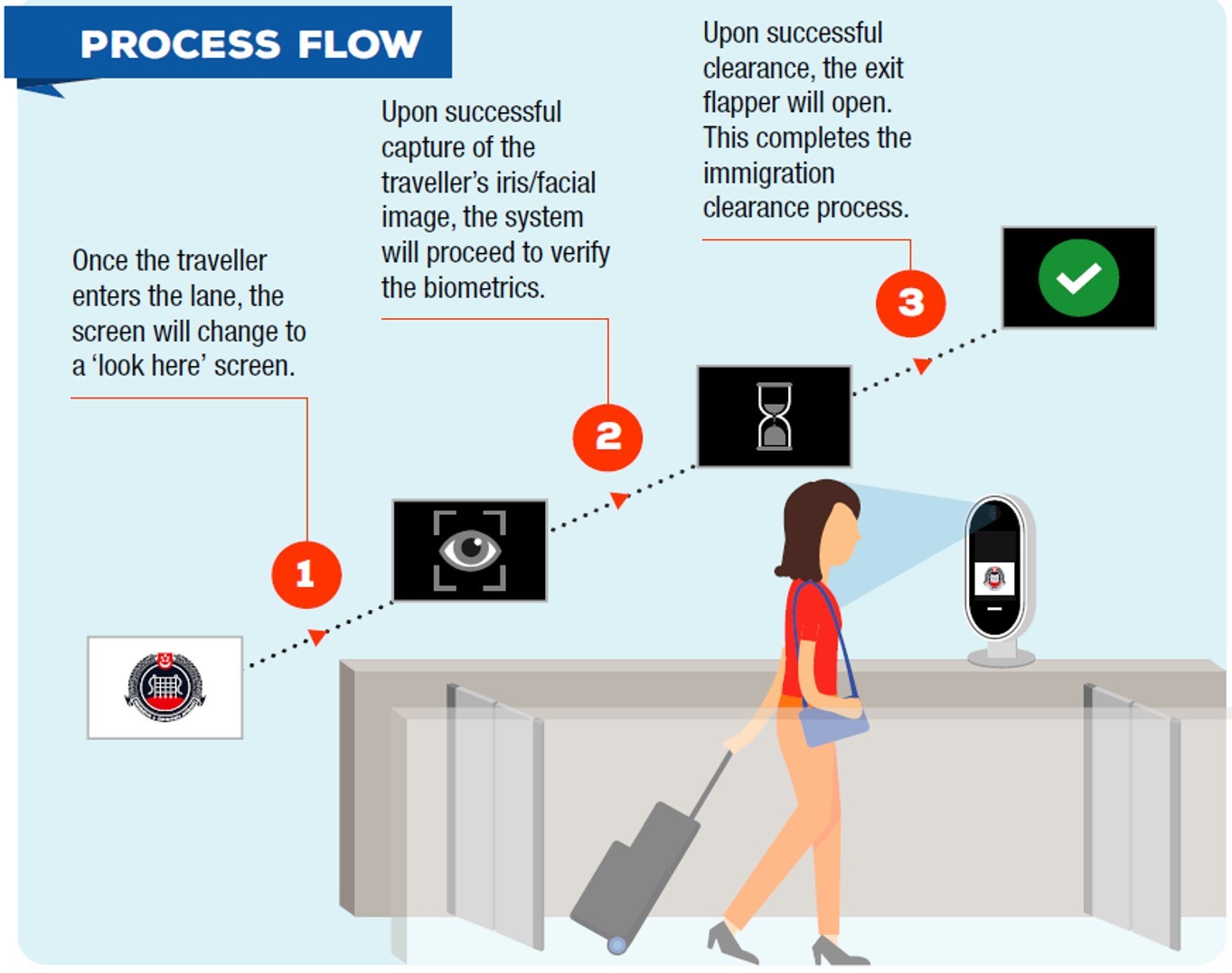 Singaporean travellers will be the first to benefit from this initiative. Citizens aged six and above who are holding passports, with numbers beginning with the letter K and issued after January 1, 2018, will be eligible for the trial.

Participants of the trial are reminded not to wear sunglasses, cap or other head gear that will obstruct their full facial image when using the contactless immigration clearance lane. ICA officers will also be onsite to assist travellers participating in the trial.