A total of 7498 cartons and 16 packets of duty-unpaid cigarettes were seized by Immigration & Checkpoints Authority (ICA), according to a press statement on Wednesday, January 2.

On 27 December 2018, ICA officers at Pasir Panjang Scanning Station conducted checks on a Singapore-registered truck carrying a 20-footer container. Officers had noticed anomalies in the scanned images of the consignment declared as rockwool insulations.

During the course of checks, officers from ICA found over 7,400 cartons of duty-unpaid cigarettes hidden among the consignment in the container.

The case was handed over to Singapore Customs for further investigation. 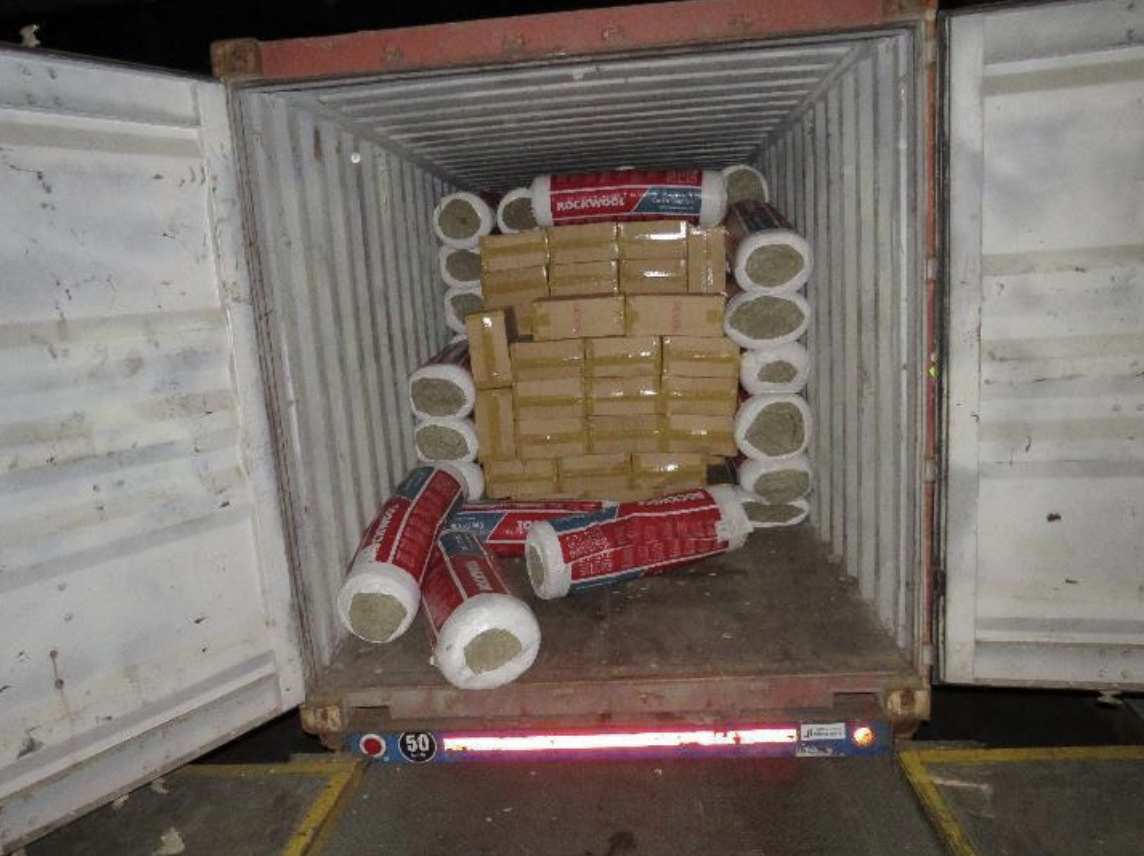 The container where duty-unpaid cigarettes were found within the consignment declared as “rockwool insulations”. Photo courtesy: ICA