Officers of Immigration and Checkpoint Authority (ICA) of Singapore have uncovered 92 fighting fish in a car during a search operation at Woodlands Checkpoint last Friday.

In a Facebook post, ICA said, “The fish were hidden in the boot, floor mat and centre console of the car on July 20.” 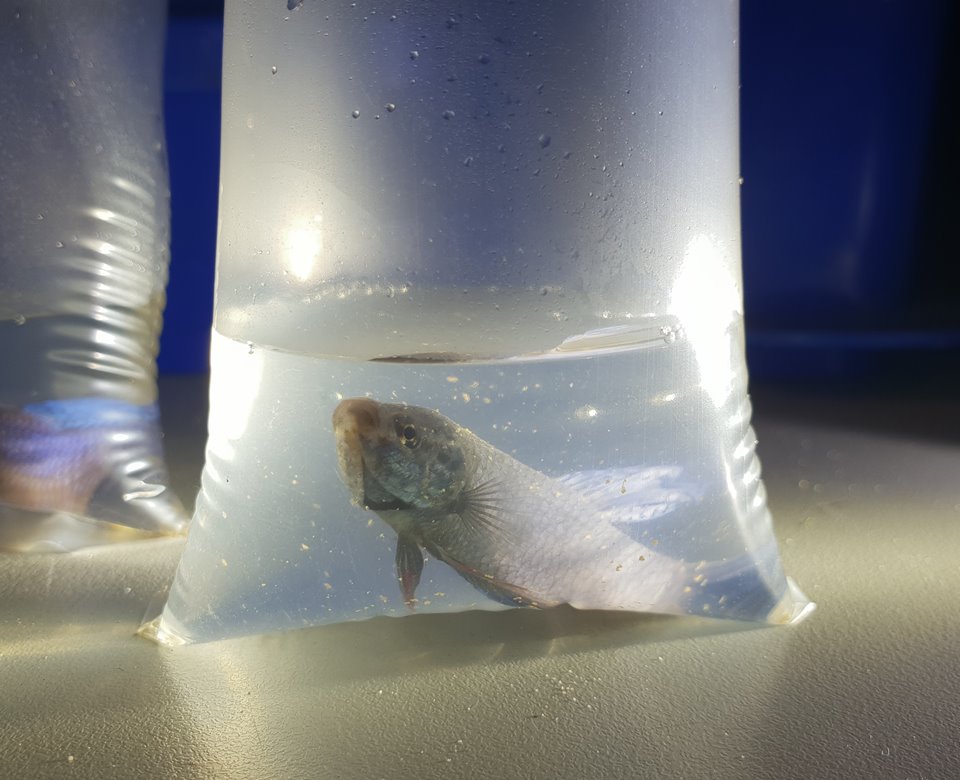 The fish were packed in individual plastic bags.

The 58-year-old male driver did not have a valid permit to import the ornamental fish.

“The case has been referred to Agri-Food & Veterinary Authority (AVA) for investigation. The fishes are currently under the care of AVA,” said ICA.

The fish, packed in individual plastic bags, were kept in the boot, centre console and in a bag that was placed on a floor mat of the front passenger's seat. Photo courtesy: Facebook page of ICA

AVA and ICA would like to remind travellers against the illegal import of live animals, birds and insects into Singapore.

“Smuggled animals are of unknown health status and may introduce exotic diseases to Singapore,” said ICA.

Meanwhile, in another incident on July 23, ICA officers detected two live magpie-robins concealed in a 25-year-old man’s bag when he arrived at the Singapore Cruise Centre in Harbourfront from Tanjung Balai. 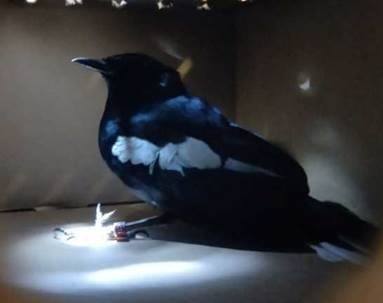 Close-up of one of the magpie-robins kept inside the box. Photo courtesy: Facebook page of ICA

Giving the information through a Facebook post today, ICA said, “The man appeared visibly nervous and was referred for further checks… . The case was referred to AVA for further investigations. The birds are currently under the care of AVA.”

“Smuggled animals are of unknown health status and may introduce exotic diseases, such as bird flu, to Singapore,” said ICA.

Under the Animals and Birds Act, the importation of any animals or live birds into Singapore without a licence is illegal and carries a maximum penalty of a SGD10,000 fine, imprisonment for up to a year, or both.