Health Sciences Authority (HSA) of Singapore has alerted people about three health products in which potent undeclared ingredients were detected, one of which led to the hospitalisation of an elderly man. They have issued a warning not to purchase these products. 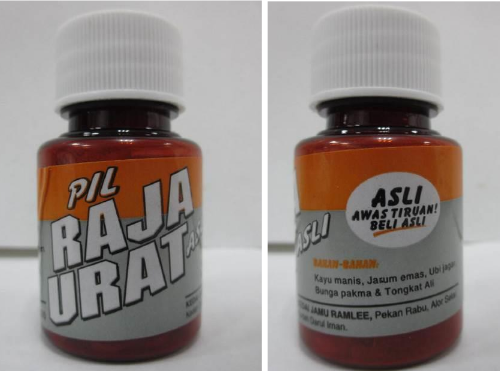 Consumption of 'Pil Raja Urat Asli' led to the hospitalisation of an elderly man in Singapore. Photo courtesy: HSA

The man, in his 70s, bought the supplement from street vendors in Geylang and Chinatown, and took it to relieve pain in his knees. He later developed Cushing's syndrome, a condition caused by the prolonged consumption of steroids. Symptoms include a "moon face" appearance and upper body obesity with thin limbs.

“This was caused by the long-term consumption of steroids such as dexamethasone that was fraudulently added into the product,” said HSA.

Sibutramine – a banned substance for weight loss – was found in XXS xtraxtrasmall, while mycophenolic acid, which is used to suppress immunity in auto-immune diseases, was found in the Diabotica capsules. 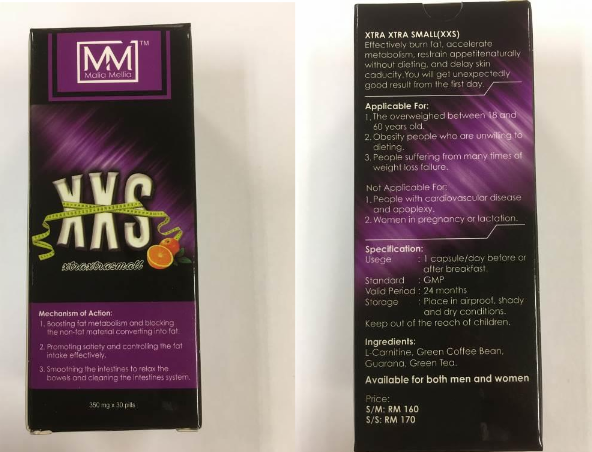 “The products were detected through HSA’s post-market product quality surveillance and adverse event monitoring programme. Pil Raja Urat Asli was sold by street peddlers in Geylang and Chinatown, XXS xtraxtrasmall was sold online, and Best Nutrition Products Diabotica 500mg Capsules was sold at local retail outlets. HSA has initiated the recall of the affected products from the retail outlets, and has directed the administrators of online platforms to remove web listings of the affected products,” said HSA in the press release.

People have been advised to stop taking XXS xtraxtrasmall and Best Nutrition Products Diabotica 500mg Capsules immediately and consult a doctor if they feel unwell.

As Pil Raja Urat Asli contains a potent steroid, consumers who have taken this product should see a doctor as soon as possible.

HSA  has also advised consumers to be wary of health products that promise or deliver quick and miraculous effects, or carry exaggerated claims such as “unexpectedly good result from the first day” as claimed in XXS xtraxtrasmall.

"Avoid purchasing health products from street peddlers, and exercise caution when buying such products online. You cannot be certain where and how these products were made. They could potentially be counterfeits or adulterated with undeclared potent or banned ingredients which can seriously harm your health," advised HSA.

Anyone who supplies illegal health products is liable to prosecution and if convicted, may be imprisoned for up to 3 years and/or fined up to SGD100,000.

Members of the public who have any information on the sale and supply of these illegal products may contact HSA's Enforcement Branch at Tel: 6866-3485 during office hours (Monday to Friday) or email at hsa_is@hsa.gov.sg