In a big setback to al-Qaeda, the terrorist group has now lost Ayman al-Zawahiri, the successor to Osama bin Laden, in a US drone strike in Kabul on July 30. 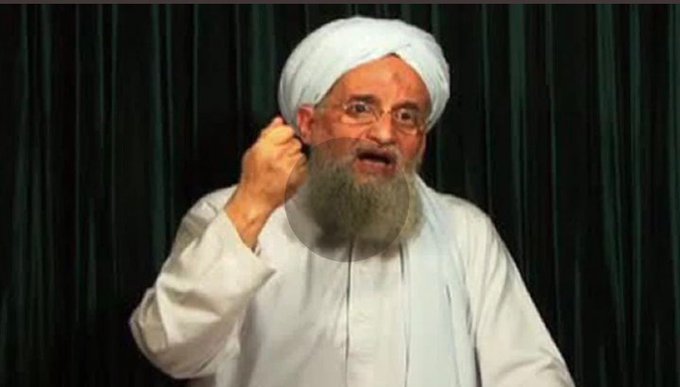 Zawahiri was identified to be present at a safe house in Kabul. Photo courtesy: Twitter/@CameraNews2022

In an address on Monday evening (local time) from the White House, President Joe Biden – who was the Vice President under Barack Obama at the time of the bin Laden operation – confirmed that Zawahiri, too, had been eliminated.

The drone strike that targeted and killed al-Zawahiri was carried out by the Central Intelligence Agency (CIA).

Speaking to news agency Reuters on the condition of anonymity, an official said that for several years, Washington was aware of a network that supported the 71-year-old terrorist. Over the past year, in the wake of United States' withdrawal from Afghanistan, officials kept a watch on Al-Qaeda's presence in the country, he added.

The official further said that earlier this year, it was identified that the Zawahiri family – his wife, daughter and grandchildren – had relocated to a safe house in the Afghan capital. He himself was identified to be present at the same location.

Over several months, the CIA built a pattern of al-Zawahiri's daily life, and became increasingly confident about his presence in the safe house. Subsequently, they briefed senior officials of the Biden administration, including Jake Sullivan, the National Security Advisor, who, in turn, briefed the President.

In recent weeks, Biden chaired a series of key meetings after being told by ‘confident’ officials that the United States could conduct an operation to kill the al-Qadea chief, without threatening the structural integrity of the building, and at the same time, minimise the risk to civilians and the terrorist leader's kin.

During the briefings, the Democrat asked ‘detailed questions’ about the intelligence gathered, the unnamed official further said, adding that an analysis of the potential ramifications of a strike in Kabul was sought as well.

A final meeting was held on July 25 during which the President approved a ‘precise tailored airstrike’ on the condition of minimum risk of civilian casualties.

At 9:48pm ET on July 30 (7:18am on July 31, as per IST) the operation was carried out. A CIA drone launched ‘Hellfire’ missiles, killing al-Zawahiri on the balcony of the house.